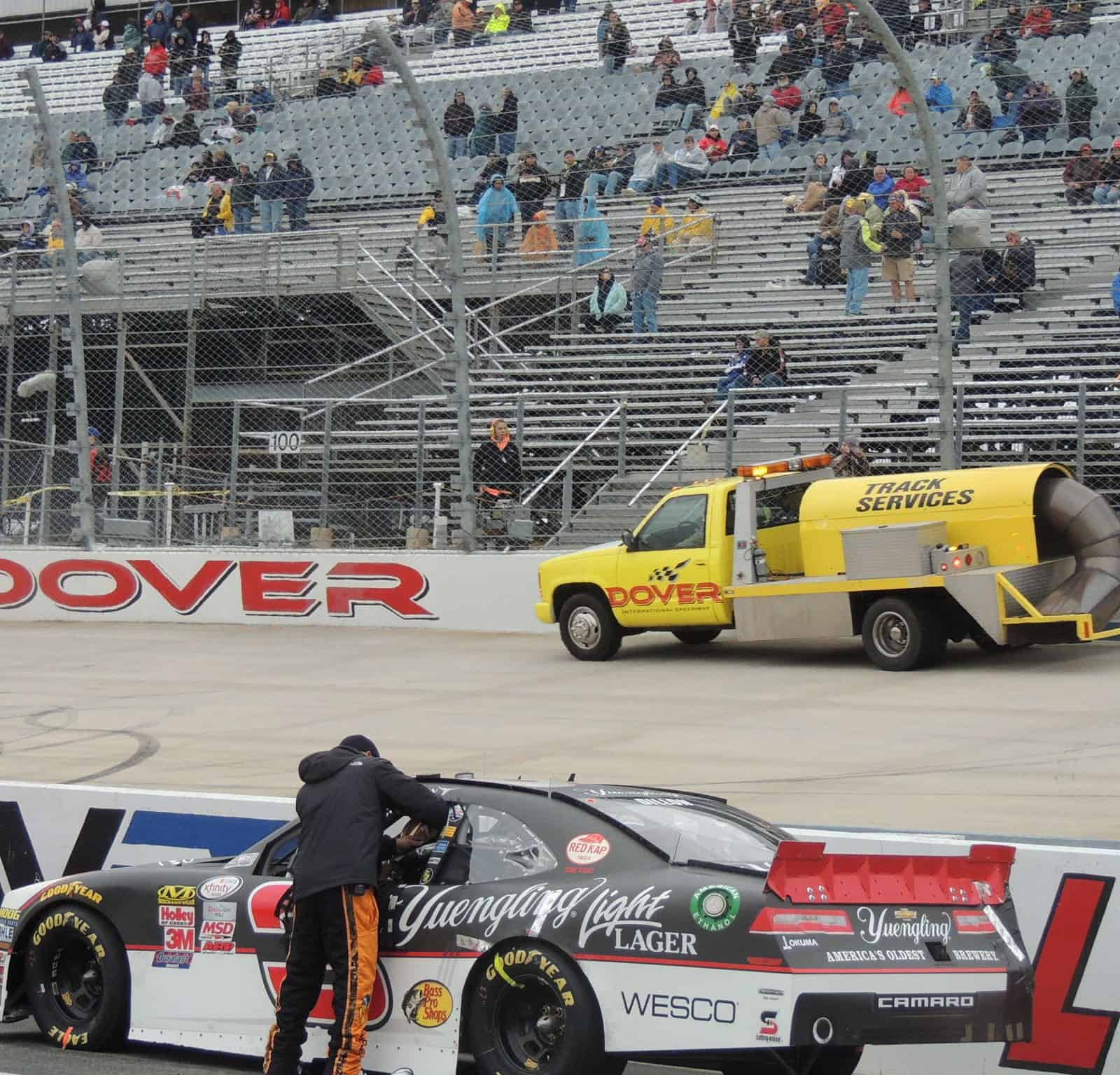 It seems Miles the Monster is no match for Hurricane Joaquin.

Due to strong, steady rain throughout Friday afternoon, all on-track activity, including qualifying for the NASCAR Sprint Cup Series and the season finale for the K&N Pro Series East, has been cancelled at Dover International Speedway.

K&N East Series qualifying was also a no-go, putting points leader William Byron on pole. The series will have one morning practice, Saturday at 8:00 a.m. ET before the Drive Sober 125 at 9:30 a.m. ET. Scott Heckert and Austin Hill will try to pounce on Byron for the championship in their season finale.

NASCAR Xfinity Series qualifying was called off for Saturday, lining the field up by owner points and putting Ryan Blaney on pole with Kyle Busch starting second. The series will also have a morning practice, starting at 8:35 a.m. ET.

The Sprint Cup Series’ scheduled Friday practice session along with final practice for the NXS has also been cancelled.

FYI; The rain falling in this area today has nothing to do with the hurricane. This is an independent nor-easter system that is working it’s way up the coast.

This really adds legitimacy to the chase/playoff system. Now someone that had a great year may be eliminated just because they didn’t get to qualify or practice. 28 races of work down the drain because of rain.

Not to worry, this will assure a “Competition Caution,” so the teams can hit the right set up, and also to prevent Danica from being a lap down.

Just heard from Daytona that Dover will be installing additional tarps in the grandstands to keep fans both dry and warm due to the possible approaching hurricane with accompanying rain and winds.