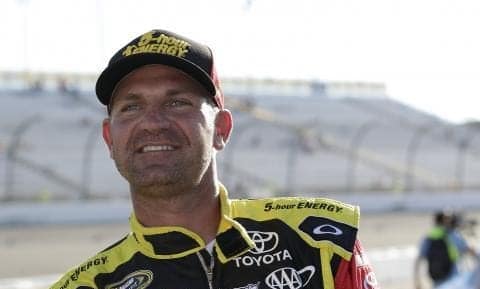 The hope Clint Bowyer and Michael Waltrip Racing had any hopes of advancing past the Contender Round of the Chase for the Sprint Cup took a significant shot on Wednesday when the team lost its appeal of penalties for an illegal suspension piece confiscated at Chicagoland Speedway.

MWR had the option of making a final appeal to NASCAR chief appellate officer Bryan Moss, but elected not to, focusing “100% of our company’s resources on winning at Dover,” per a team release.

The upholding of the penalty, a 25-point dock in the championship standings, loss of $75,000 and suspension of crew chief Billy Scott, serves as little consequence for MWR. The team was already on the wrong side of the Chase bubble, and will cease to exist in only six weeks.

However, the precedent it sets is all too important.

After taking heat for maintaining a fairly relaxed penalty process throughout the regular season, NASCAR’s stepped up and taken control in the last week. Bowyer’s penalty was stiff, and didn’t serve as the only costly penalty on the week.

NASCAR has also addressed restarts after seeing controversy in back-to-back weekends at Richmond and Chicago. Brad Keselowski served as the sacrificial lamb, slammed with a pass-through penalty after appearing to jump a restart. That the penalty came despite Keselowski surrendering the lead to Greg Biffle by the exit of turn 2 shows that NASCAR is done policing events lightly and suffering the 140-character wrath of drivers and their fans.

This is an interesting position for NASCAR to be in. Throughout the year the organization has found itself trapped in a box, letting drivers and teams get away with multiple incidents because it’d let others get away with it in the past.

Suddenly, NASCAR is attempting step out, enforcing its will over teams at the most critical time, and also adapting to improve the issue with a newly announced doubling of the restart zones at the remaining Chase races.

Many fans were upset with NASCAR’s calls against Bowyer and Keselowski, but it was still nice to see NASCAR finally showing that it’s trying to police things again.

With the high-downforce (low-passing) package ran this season, drivers have struggled to pass over the course of long green-flag runs. Because of that, restarts have proven to be an invaluable part of the race.

Upwards of 80% of races ran this season have been won or lost on a restart somewhere along the way. Denny Hamlin stole the lead and race on the final restart at Chicago. Kyle Busch powered ahead of Joey Logano on a green-white-checkered to claim his first Brickyard 400. Dale Earnhardt Jr. was untouchable after snagging the lead on restarts in the previous two restrictor-plate races.

With restarts proving to be critical this season, it’s important for NASCAR to step up and control the restarts to make sure they’re executed fairly for all competitors, especially given the win-and-advance aspect of the Chase.

Jokes notwithstanding, the New England Patriots’ decision to deflate footballs shares similarities with a NASCAR team showing up with illegal parts. The team can’t be blamed for pushing the envelope. Often, that’s what championships are made of.

The big difference between the two instances is that NASCAR was able to stick with its punishment, and that’s a good thing.

With the precedent set from Bowyer’s heavy penalty, NASCAR has shown that it won’t allow a championship contender to benefit from cheating. Teams can still take the risk if they’d like, but if they do, they better not get caught.

NASCAR’s never been able to list its penalty procedures as a strength, and that case is no different today. However, fans can at least see that the sanctioning body is trying to improve and give championship contenders a fair fight.

Could it do a better job? Yes. But this is still a large improvement compared to recent history.

14 thoughts on “With Clint Bowyer Penalty, NASCAR Sets a Precedent”