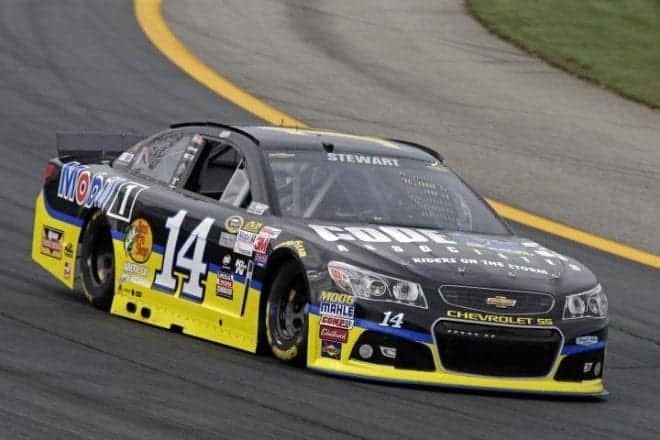 For years, the NASCAR Sprint Cup Series had a bit of a problem: finding an abundance of young talent that could challenge for wins among the veterans on a weekly basis. The Rookie of the Year battles (some lack thereof) reflected it; until more recently, the series could go years without a strong class, with either a singular driver running away with the title or a lesser-known backmarker gaining the distinction almost by default.

That was a testament to a few things, among them the simple fact that NASCAR’s current stars were not prepared to give up the ghost anytime soon. Jeff Gordon, Jeff Burton, Tony Stewart, Mark Martin and others who originally came to the sport in the 1980s, ’90s and even very early 2000s were still competing for championships into their 40s. If spots weren’t opening up and others weren’t being created at all, it was a slightly more harrowing hurdle to cross to make it into the series.

Except now the times seem to be changing, evidenced most recently via this week’s revelation that Stewart will retire at the end of the 2016 season. Cup champions are beginning to hang it up.

Let’s assume that Stewart and Gordon, the latter out of his famed No. 24 seat in just a few weeks’ time, never return to NASCAR Sprint Cup competition, that their retirement isn’t merely a break from the monotony of full-time racing and instead an excuse to show up on occasion to run some races here and there (see: Terry Labonte). If neither driver indeed enters a Cup race after their retirements, the sport will have seen a champion of its top series depart from competition in three straight years: Stewart come 2016, Gordon at year’s end and then Labonte, who has driven part-time since 2004 and finally retired for good last year.

So far in the history of the series, that’ll be the first time the sport lost at least one champ in three straight years, and when you add to the tally Bill Elliott, who drove his final race in 2012, it stands to be four in five years.

In all, before Gordon and Stewart take the foot off the gas pedal, 22 former Cup champions are no longer active, making 24 after 2016, all things constant. Never before has three straight years seen at least one champion exit, though there are some significant comparisons, among them the year 1988.

In 1988, three different former champs hung it up at season’s end, two via similar reasons as Gordon and Stewart: it was simply time. That’s Benny Parsons, the 1973 champion who drove a car for Junie Donlavey his final season before making the transition to the broadcast booth, and three-time victor Cale Yarborough, moving to focus full-time on his self-owned race team after a 10-race final season. The third? Bobby Allison, who was nearing the end of his career by then but had won the Daytona 500 that year before a lap 1 accident at Pocono Raceway ended his run prematurely due to injury.

The same happened in 1964: Rex White and Lee Petty ran their final Cup races that season, as did Joe Weatherly, whose career ended in a fatal crash at Riverside International Raceway at just 41 years old.

In all, that’ll make four champions who’ve retired in the decade of the 2010s. Only the ’60s has had more — in addition to Weatherly, Petty and White, others included Tim Flock (’61), Herb Thomas (’62) and Ned Jarrett (’66). Could that number bump up? Very possibly, with Bobby Labonte seemingly nearing the end of his Cup career, too, not to mention the fact that Matt Kenseth and Jimmie Johnson are now in their 40s, with Kevin Harvick joining them in December.

Either way, it’s an interesting time in NASCAR. Drivers come and go often, but those that made a tangible impact on the sport, most notably former champions, are fewer and farther between. At times these drivers seem as though they’ll always be here, stalwarts in an industry that goes through its share of changes. True to form, Stewart has said he’ll likely run other series whenever he gets the itch, and it’s not out of the question to see Gordon do the same. But once they’re gone from a series like Cup, it does feel like something is truly lost, an unfamiliarity that only heals with the addition of new champions, if it heals at all.

The turnover that wasn’t occurring in the late 2000s and early 2010s now seems to be occurring. It’s an exciting time, but also a little bittersweet.

Hahahahaha. Talk about forcing the facts to support your assertions. Bill Elliott?! The Labontes?! Really? Come on man, that’s lame to include those drivers as “just now retiring” to make a case that the sport is losing 5 champions in 5 years.

Bill, do you think the lack of great drivers seemingly coming out of nowhere could be a result of the COT. How exactly is a driver supposed to show off his racing talent in a gelded aero dependent spec car that can’t pass? I think the lack of the Next Big Thing is not the men but the machines. Agree?

That is a very good question JohnQ. Maybe the real “heroes” now aren’t the drivers but the engineers, and fans don’t gravitate towards engineering contests.

Still, someone is always going to rise above the rest no matter what the situation and the driver is the face of the team so you’d think there will always be a handful of drivers with a fan base as long as there are new fans. And that may be the problem, there aren’t many new fans that gravitate to the new drivers. Brian’s attempt to attract a younger demographic has not worked. Casual fans don’t care enough to get vested in a driver. Older fans are hanging on to their original drivers and when they retire their fans either leave with them or become a casual fan. Quite a downward spiraling trend.

Here might be a different take on the point both of you are making. I recall many years ago seeing the last laps of the 1979 Daytona 500 when I was a young teenager and just thinking “These guys are crazy!”. Granted I had already been around race cars here and there by that point but that was really my first look at NASCAR and I was hooked. Fast forward to what we see now week-to-week. If a young teenager, between all the other distractions that are offered today happened to accidently switch channels to a NASCAR race do you think what they would be drawn in by the oversized slot-cars that unable to pass one another? I realize that America’s love affair with the automobile isn’t what it used to be and as a result it’s harder to draw younger fans in but do you think that the racing that is being shown on television could be partially to blame as well for NASCAR’s decline?

I’m hoping Gordon sticks with the thought that he won’t be back on the track in a Cup car after retirement. And even though Stewart mentions there is a possibility he may run a few selected Cup races after retirement I just visualize Darrell Waltrip out there getting in other drivers’ way after his retirement. In fact, wasn’t Stewart critical of Waltrip being out there? What have the Labontes done being out there? Even Mark Martin didn’t do all that well being part time. As good as Gordon and Stewart are (were), driving is just part of being competitive in today’s NASCAR. Pit stops and strategy play too much of a factor. Having a thrown together pit crew for a race now and then just won’t work. I can’t remember any retired driver returning to a race and being competitive. Nope, don’t want to see either one make a fool of themselves.

I’m with you on that, Dan. I don’t think running one-off events is a good idea for most drivers. Maybe racing other races like the Rolex 24 hours or things like that, but I don’t think NASCAR is in the cards for Gordon for exactly the reasons you mention.