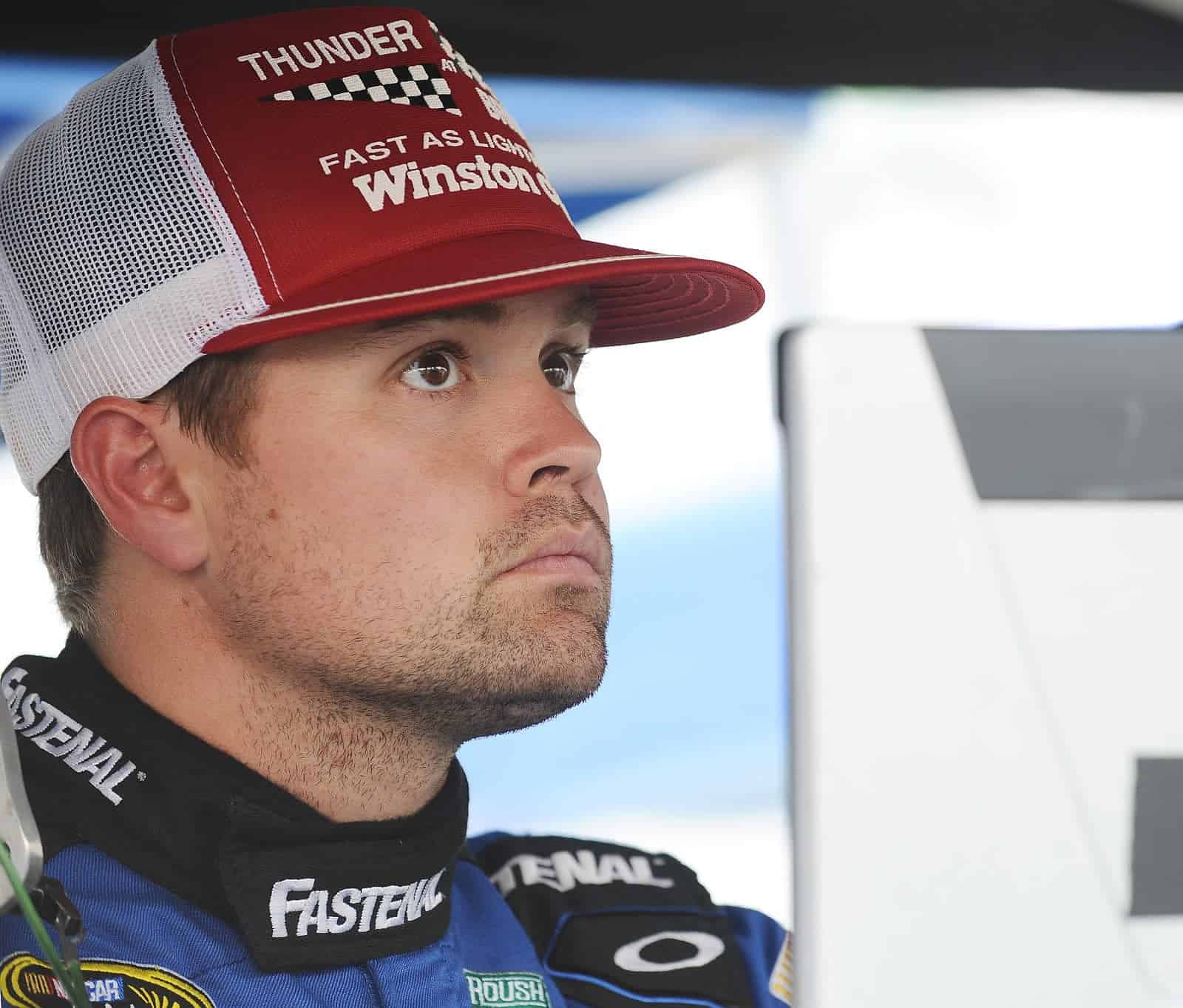 Though the Chase drivers took the spotlight at Dover International Speedway, Ricky Stenhouse Jr. showcased his familiar concrete pace in the AAA 400 on Sunday with a solid eighth-place effort.

Last hitting the top 10 at Bristol Motor Speedway in April – a track with a similar concrete surface – Stenhouse ran consistently in the top 15 all day to grab his second top-10 of 2015 and 10th of his Sprint Cup Series career.

“We felt good in practice,” said Stenhouse. “So we were looking forward to the race even though we didn’t have a lot of practice.”

Due to Friday qualifying being rain out, Stenhouse would roll off the grid 27th. The No. 17 Roush Fenway Racing Ford would soon settle into the long runs as Stenhouse picked off mid-pack cars to enter the top 20.

“The first run we picked some cars off,” Stenhouse said. “I felt like we were pretty good on the long run again which has been our strong suit lately. We needed some more short-run speed. We got caught behind some wrong cars on the restarts and that shuffled us back a little further than we wanted those last couple restarts.

“We came in and got tires and got a good restart and was able to drive up through the field and really got the outside working at the end to go from 15th to eighth.”

To join, Greg Biffle is the team’s highest-ranked driver sitting 20th in points, with Stenhouse 28th and Trevor Bayne in 29th.

However, Stenhouse’s strong performance was allied by teammate Biffle in the top 15, with the 45-year-old finishing 13th.

“I’m really excited about that finish and our performance,” Stenhouse stated. “The [No.] 16 ran well and obviously the [No.] 43 did, too. Our cars are getting better. We still have some work to do, but definitely happy to come back to Dover, where I thought we had a strong car the last time we were here.”

…. and take your girlfriend with you.

Gentlemen, gentlemen. Like him or not the young man had a career day and the a-holes at NBC were so wrapped up talking about the Chase that they didn’t even notice, let alone acknowledge the accomplishment. NASCAR needs an official vacuum because the organization SUCKS.