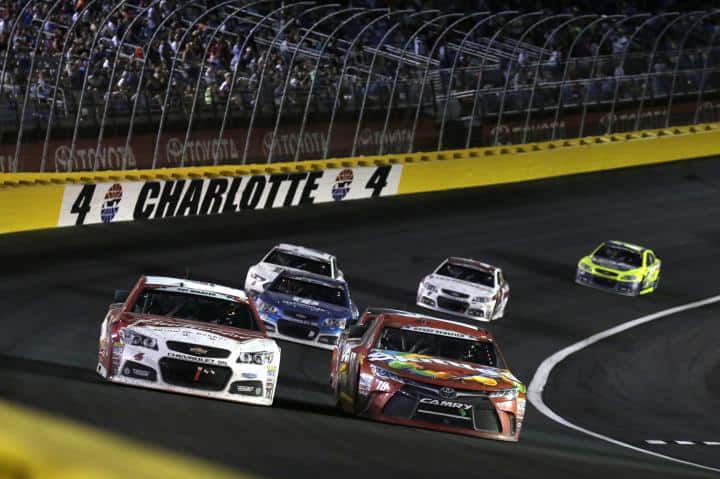 After a wet, wild end to the first round of the Chase, the NASCAR Sprint Cup Series is heading home.

Timmy Hill and Michael McDowell enter as the two teams needing to qualify their way into the top 36 to make the race on speed. However, should qualifying for Saturday’s race be rained out, McDowell and Ryan Blaney will be the two drivers to head home due to their team’s vehicles having the fewest starts in the field.

One week removed from a shocking elimination from the Chase for the Sprint Cup, Jimmie Johnson will return to Charlotte in a special Lowe’s “Red Vest” scheme. Johnson first drove the scheme under similar circumstances in 2014, driving to a win at Texas Motor Speedway after being eliminated from the Chase.

Brad Keselowski will sport a unique sponsor as he looks to avoid the drama that befell him in this stage of the Chase last year. Keselowski, a Michigan native, will race with support from Detroit Genuine Parts, with the company’s logo replacing the No. 2 Ford’s typical Miller Lite logo on the hood.

Continuing his journeyman season, Josh Wise will return to the No. 32 again, driving for Go Green Racing with support from Rimrock Devlin.

Can’t wait…Mile and a half track, the chase, what could be more exciting……..maybe turn on the close captioning so I don’t miss expert commentary and the status of the chase….sorry I mean Playoffs.