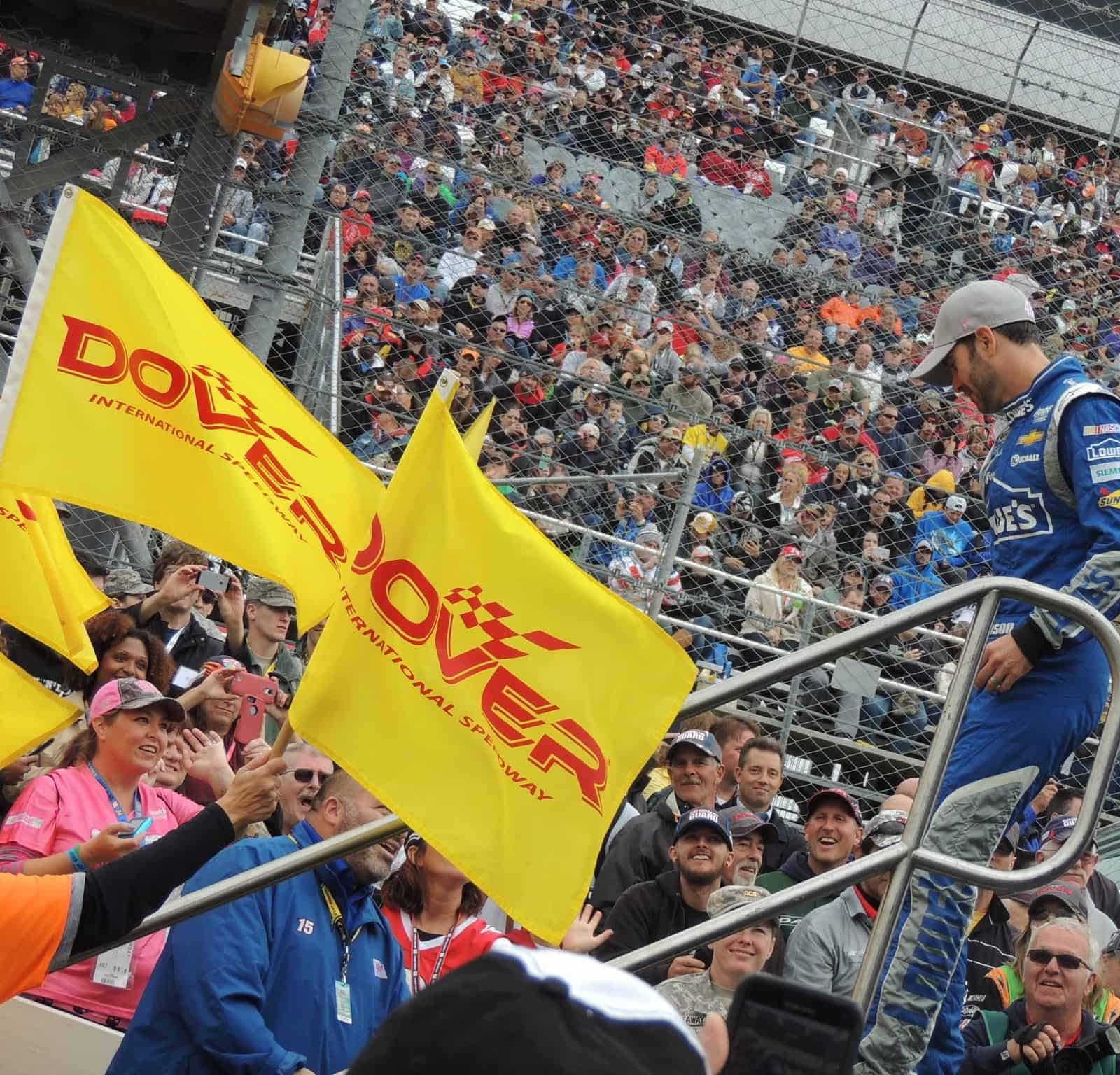 No one of any official capacity will ever admit it publicly, but secretly they are cheering and acknowledging that a great thing happened in the auto racing world, on Sunday, at Dover International Raceway: Dale Earnhardt Jr. advanced in #TheChase and Jimmie Johnson didn’t.

Not that I am criticizing Johnson in any way. It would have been great to see him battle for another Sprint Cup Series championship – seriously. He will go down in history as one of the greatest ever and he deserves it. However, there is a strong contingent of fans, who don’t like him because he wins too much, or because they think he is boring, or because he is from California or, or, or…

My experience with Johnson goes back to a rain delay at Texas Motor Speedway in 2002. I watched and took photos as he and Jeff Gordon donned umbrellas, stood in a torrential rain and signed hundreds of autographs for fans lined up along the fence at the driver/owner lot. It was a class act. But most fans don’t know or don’t care about that side of him, which is why tens of thousands of people cheered when he was eliminated after the first round of the Chase and Earnhardt Jr. wasn’t.

With a little luck and a decision to lay it all on the line, Earnhardt Jr. went up the track and sped around Jamie McMurray on the final restart of the race as McMurray’s car got squirrelly and could have taken both drivers out of contention. It was a critical move for Earnhardt Jr. because he and McMurray were tied in points and whoever finished ahead of the other would make the next round of the Chase.

Had it been Johnson to advance instead of Earnhardt Jr., it would have definitely impacted ticket sales at tracks for the rest of the season, especially at Talladega, which is the next cutoff race and where Earnhardt Jr. is lauded as the greatest ever. Despite his talent and overall nice-guy attitude, Johnson doesn’t move the needle like his teammate does.

Sadly, his elimination is considered a good thing in many people’s eyes. Even some of the sport’s upper echelon, most likely, breathed a sigh of relief after the AAA 400. For Earnhardt Jr. fans, his advancing to the next round is huge. He is good at the next three tracks, so advancing to the third round is almost a lock. Could this be the year when he finally brings home the big trophy at the end of the season? Only time will tell. There are still 11 other guys trying to accomplish the same goal, but it’s a shame Johnson won’t go for a seventh championship this year.

While I was one of the fans that was glad for Johnson’s misfortune, that last sentence would have also worked if you left the “e” off of “shame”.

What are you implying?

1. His crew chief has a history of cheating;

3. Blames others when things don’t go his way, even when he is clearly at fault.

Just a few of my reasons… feel free to choose your own reason for disliking Johnson.

I can agree with those 3 reasons and yes, I was happy when he was eliminated yesterday – even though the crapshoot is indeed a “sham” of a way to determine a champion.

I’m sure there was a lot of cheering in Daytona, too, that Jr made it to the next round.

All this time I was saying Johnson would be hoisting that big trophy. Okay I was wrong. All I have to say is ” yahoo”.?

Is it just my contrarian nature or should the title read “Breathe” rather than “Breathes”?

Many breathe. One breathes. But, I have been informed on the “internets” that it is a jerk move to correct grammar.

Yes. You are correct but I am driving to Charlotte Motor Speedway and can’t edit the headline right now. Oh yeah, you’re a contrarian.

You’re driving to Charlotte on a Monday? Yeah, it’s a ways from Texas to NC but a real road warrior would make it in a day. What are you driving, sheep?

I left on Monday because I’m doing a radio show in Charlotte on Tuesday. So technically I am making it in one day. I am also covering the Richard Petty motorsports press conference tomorrow morning. By the way, I drive a Honda Civic.

A Honda Civic, of course you do.

Do the math. I’m driving to 26 races this year. My Civic gets 41 mpg. I don’t have a fuel sponsor. If a manufacturer wanted to provide a fuel efficient vehicle, I would drive it.

I’m not sure why, but my stomach just churns every time someone says that Johnson is one of the best ever. If they are referring to the 6 10 race championships as the reason, then my stomach just churns even more. His win total is impressive, but lets be real, if he had to win using all 36 races, how many championships would he actually have. It wouldn’t be 6 which would knock him down a peg compared to the greats.

Anyway, pretty amazing how McMurray and even Larson dropped like flies on that last restart which gave Jr the “opportunity” to get by both. You can bet it would have taken the wall being destroyed for Nascar to throw a caution at the end of that race.

Anyway Jerry, you seem convinced the Jr is already on to the round of 8 since “he’s good at the next 3 tracks”. Given Jr’s tendency to self implode, and no guarantees anyone gets out of Talladega without problems, you probably shouldn’t have him advancing just yet. Maybe you know something we don’t?