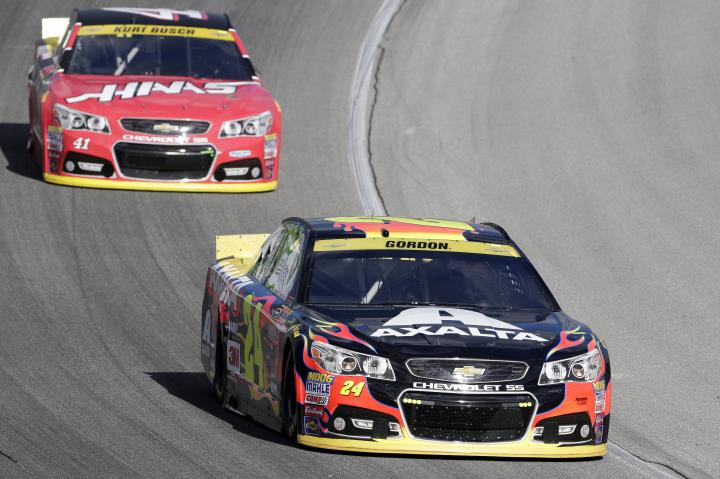 Axalta and Hendrick Motorsports announced on Tuesday a contract extension that will continue through 2018. The extension will feature the company’s logo as the primary sponsor of the No. 88 Chevrolet driven by Dale Earnhardt Jr. for 13 Sprint Cup Series races each season. It will also serve as a major associate sponsor in the other 23 events.

Axalta and HMS has one of the longest partnerships in the Sprint Cup Series to date. That partnership first began 23 years ago in 1992 when young driver Jeff Gordon stepped into the NASCAR fray.

“We began a journey 23 years ago with Hendrick Motorsports and a young driver named Jeff Gordon. 80 poles, 92 wins and four championships later, we are proud of the run we’ve had with Jeff,” said Nigel Budden, Axalta vice president and head of its North America business, in a release. “Now, we are delighted to continue our relationship with Hendrick Motorsports and to adorn the hood of Dale Earnhardt Jr.’s No. 88 Chevy SS with the Axalta logo in 2016. As our slogan says, ‘We Paint Winners,’ and by joining Dale we will continue to do so for years to come.”

Owner Rick Hendrick said he is looking forward to more success they’ll bring with Earnhardt behind the wheel.

“Axalta has built a model sponsorship program,” Hendrick, owner of HMS in a release. “For 23 years, they’ve recognized the opportunities NASCAR provides and understood how it drives value for their business. It’s a unique relationship that’s evolved with the times and has been consistently effective. We’re very proud of what we’ve accomplished as partners and look forward to more successes together with Dale and the No. 88 team.”

Earnhardt related that he loves the history behind the sponsorship.

“Axalta and Hendrick Motorsports have an incredible story,” Earnhardt said in a release. “For me, it’s meaningful to work with a sponsor that’s been so committed to our sport and has such a rich history in NASCAR. Continuing the partnership is special for all of us, and I’m already excited about what the car will look like. I’m really looking forward to the opportunity.”

Earnhardt barely snuck into the second round of the Chase last weekend at Dover and sits 11th in points heading to Charlotte this weekend. He’s managed two wins, 13 top fives and 18 top 10s in 29 starts in 2015.

Boy that will be weird to see next year. Who would have thought 10 years ago one day you would see an Earnhardt sporting the Axalta/DuPont colors of Jeff Gordon. I’m assuming the paint scheme will be different from Jeff’s usual flames, but I hope they run the Rainbow Colors one time just to freak out Jr. Nation.

Yeah those Sr fans would have slapped a Gordon fan if you told them 20 years ago that Earnhardt would be driving the Axalta/Dupont car for Hendrick.

Life can be full of surprises but also, like NA$CAR, very predictable.