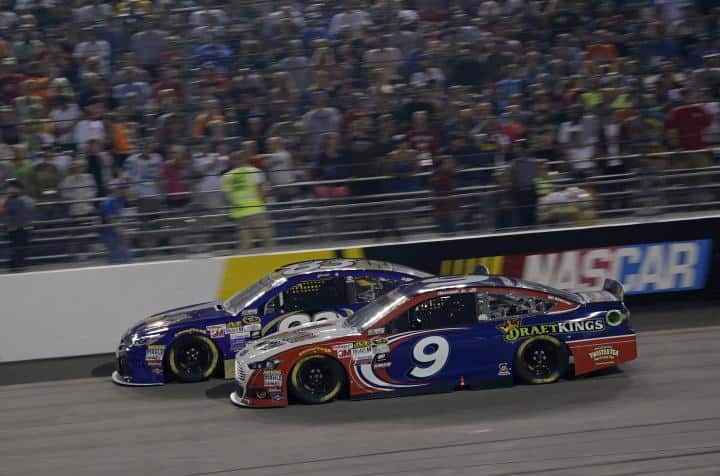 Richard Petty Motorsports will continue its partnership with Ford Performance in 2016.

Petty and Ford, which have been partners stretching all the way back to 1969 and most recently since 2010, will continue to field cars in NASCAR’s top series next year.

“Our relationship with Ford Performance has a history, a present and now a future of winning races and competing for championships,” said Richard Petty in a release. “As we took on additional internal responsibilities within our organization over the past 12 months, Dave Pericak and his team at Ford Performance have been with us supporting Richard Petty Motorsports each step of the way. And to know they will continue to be our partner is very important to our combined desire to make RPM a championship caliber organization.”

The racing team has made many improvements over the last couple of seasons, making the Chase last season after Almirola won at Daytona in July 2014. However, RPM has had a bit of a struggle of a 2015 season; both Almirola and Hornish have driven to only three top-five and seven top-10 finishes combined, neither making the Chase.

Almirola will return to the team in 2016. The statuses of Hornish and Armstrong are currently unknown.

As a die hard Ford guy I wish the FoMoCo braintrust would learn from Dodge and leave the mess that NASCAR has become behind. Since they bear no resemblance to actual stock cars the old saw win on Sunday sell on Monday no longer holds true. Rather than waste a fortune on KITCAR I wish Ford would spend the money giving us better and better Mustangs. The Dodge muscle cars don’t seem to be suffering sales wise since the company has chosen to abandon the sinking ship that is post COT NASCAR.

Thank god for that! If they drove the actual cars they sell they kill a driver a week! The old way are gone for good reason! If you hate nascar so bad, watch something else!

You are probably right I should probably stop watching, everybody else has. I get the tubular frames and other safety features but they could soup up (old man term) stock engines and use the production model fenders and hoods and at least resemble production models. As it is calling this stock car racing is a fraud.

It is somewhat surprising that Ford hasn’t done what FCA did and withdraw from directly supporting Nascar. Of course in FCA’s case the new Italian owners were and are no fans of stock car racing. At the same time Ford avoided bankruptcy by mortgaging everything to the hilt, so you would have thought Nascar would have been gone. As a stock holder I would be asking some serious questions about the return on investment however.

In their defense Ford seems to be the most committed to running engines similar to what you and I can buy. You see the Ecoboost V6 in the new Ford Gt for example. Not their fault that Nascar is hung up on 1978 technology.

It only makes sense that Ford would continue its partnership when you look at all the coverage Aric has gotten in the last couple of races. Heck, a top-5 at Dover and the media could barely let him out of the car on pit road before they shoved their microphones and cameras in his face!

I will say that I’ve been following the 43 and wish their pit crew could get him off pit road faster.