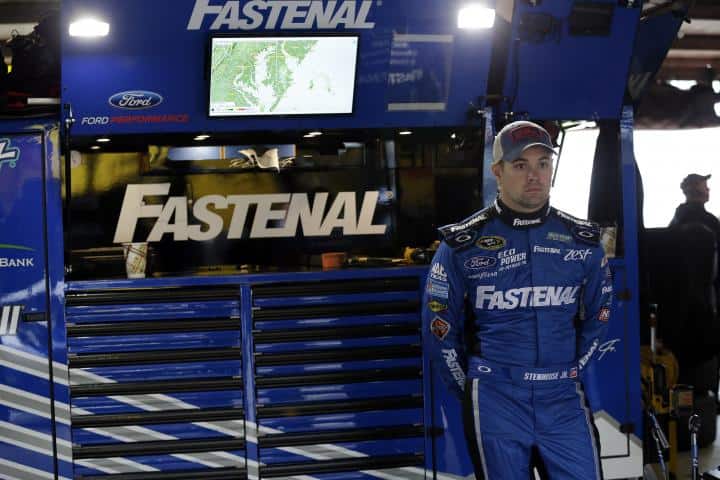 So now the Chase has been chopped down to 12 and the clock starts over for those drivers in terms of needing a win to move onto the next round. The fun begins Saturday night in Charlotte and no matter what happened in these first three Chase races, whoever is hot or not is defined by the next race. Luckily, I was able to attend Sunday’s race at Dover, so this version of Hot and Not will have that seen-it-live flair.

No one was hotter than Kevin Harvick on a cool Sunday in Delaware. Harvick was dominant from the first lap to the last. The only thing capable of stopping him was a mechanical failure or some type of pit-road error. But neither of those things happened, and crew chief Rodney Childers got the end game right on this one and Harvick won easily in a must-win situation to make to the next round. One might even say that Harvick set the track on fire with the way he ran Sunday, and well, after the race that’s what he literally did. Harvick did a pretty epic burnout in turn 4 at Dover, then a couple of minutes after he was done, the safer barrier on the pit road wall actually caught fire. You can’t do a burnout much better than that.

Having gone to three races at three different tracks this year, and having attended hundreds of professional and college sporting events for the 30-plus years, there’s no doubt that NASCAR fans are a unique bunch and I mean that in a really good way. Almost to a person they are respectful and helpful if needed. They are also a bit crazy, like the guy painted head to toe in blue No. 88 colors at Dover Sunday, or the other guy who when cheering on Danica Patrick gave the first down sign every time she passed by, even though she was running 24th at the time. It’s all good stuff and just one of the many reasons going to a race is enjoyable.

It’s hard to say which category this belongs in, but since Dale Earnhardt Jr. advanced to the next round of the Chase by virtue of winning a tiebreaker over Jamie McMurray, we’ll put it in this category. That’s because Junior got two huge breaks in this race. First, midway through, as Harvick was slicing his way through the field, Junior was running 13th and about to be lapped by Harvick when a caution came out. That not only saved Junior for the moment, the adjustments to the car seemed to work and that was never an issue again. Then, later in the race, Junior reported that he had a loose wheel and was going to need to come into the pits. Once again, a yellow rescued Junior, and the crew fixed the issue. Give Junior some credit too for taking advantage of those breaks and finishing third, one crucial spot ahead of McMurray.

One race is by no means a breakthrough, but when you’re Ricky Stenhouse Jr. and have finished in the 20s on a regular basis this season, you can’t help but have to feel good about an eighth-place finish. The driver for Roush Fenway Racing is sitting 28th in points and had just one top-10 finish on the season before Sunday. So, you know, when you’ve been running like he has this season, at least this is a step in the right direction.

In The Cooler (Cold)

One of the things I didn’t like about this weekend was that some of the Sprint Cup regulars were back in the Xfinity race. Sure, it’s understood it’s a sponsor-driven thing and that’s how teams get paid. And sure, it was nice to see NXS regular Regan Smith pull out the win this week. But none of that tops the last NXS race, where because of the scheduling, it was impossible for drivers to do both. It was actually a pretty interesting race throughout. Certainly wouldn’t mind seeing more or that, but we know that won’t happen much, which is why seeing the Cup regulars back out there again Saturday was a bit of a bummer.

Denny Hamlin had victory insurance to advance to the next round of the Chase, but he didn’t have insurance against speeding in on pit road Sunday. Hamlin took the first stall entering pit lane, which usually means that car doesn’t have to worry about speeding entering pit road because the pit stall comes before the next speeding area begins. But Hamlin was nailed twice Sunday, and the first one looked pretty obvious as he actually passed teammate Matt Kenseth after pulling onto pit lane. So, just a reminder that no matter where your pit stall is, you’ve got be a little careful.

Well, no one could have predicted that Dover would be the track to knock Jimmie Johnson out of the Chase. He is a 10-time winner there, but his day got off to a bad start when he was caught speeding on pit road in the first set of pit stops. Then he had mechanical issue later in the race that actually did park him in the garage and leave him 37 laps down by the time he came back out. The end result is that Johnson finished 41st and 12 points behind Junior and McMurray for the last Chase spot.

With Clint Bowyer officially not making the next Chase round, the real countdown to the end begins for Michael Waltrip Racing. If you, or maybe your child, ever wonder why cheating is a problem in sports (or anything else for that matter), use MWR as Exhibit A. Whether it was the organization’s first race in Daytona, or a couple of years ago when Spin Gate happened at Richmond, or even the latest penalty on Bowyer all but eliminated him from Chase, MWR simply did not have a clean record or even it seems, make any kind of real effort to clean up its act. It’s all part of a sad story that will see hundreds of good people without jobs at the end of this season because of at the tom foolery of a few.

If anyone out there belived anything other than a harvick dominated race at dover must still belive nascar cant fix races ,think ! defending champ not make next round , with all the car set ups this summer the raceing actually got much better and the drivers welcomed it ,but nascar jumped way backwards to early year setups that were pretty boreing and favored one brand chevy ,ford did have two wins but Toyota could not compete, then they find new set ups that worked sure Toyota won lot those races but lot of them chevy and ford had faster cars but the raceing was so much better , so what did nascar do we went back to the old boreing set ups where u cant pas the leader and if nascar has not noticed where is the fans and look at the tv rateings down every race with last three ( chase races ) being the lowest , im a nascar fan for 55 years now and to watch a race knowing who or what brand already set to win is not cool , im hanging on nascar but I can tell you with no mechanical problems harvick will win more races in chase and the championship, im a ford fan love the Penske cars but have little hope with old set ups a championship can be had