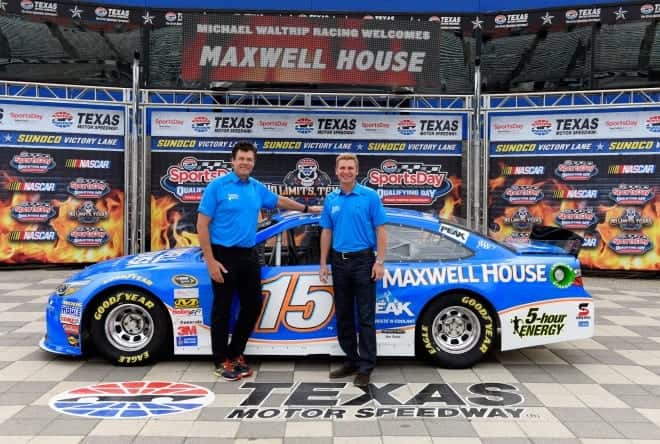 As reported by ESPN, Waltrip plans to compete in the 2016 Daytona 500, with support from Maxwell House that was announced in April.

The announced plans come despite MWR closing its doors following this season, a move many assumed would let Maxwell House out of its contract.

“I’m going to Daytona in February with Maxwell House,” said Waltrip. “There will be some cars left over at MWR and I’m probably in line to get a good Toyota engine, being a partner with those guys from the beginning.”

Should MWR sell all of its cars before the race as part of its dissolution, Waltrip hasn’t ruled out working with another Toyota team. Joe Gibbs Racing is currently maxed out at the four-car limit, but BK Racing has space available, as does Furniture Row Racing, which will be switching to Toyota in 2016 following a longtime partnership with Chevrolet.

Waltrip is a two-time winner of the Daytona 500, with triumphs in 2001 and 2003. The Kentucky native most recently finished 26th while replacing Brian Vickers in the season-opening race.

I’ll put a positive spin on this. One less race he’s in the Hollywood Hotel.

He’ll be “miked” while he’s in the car. Until he crashes out early and joins the booth. Deja vu all over again.

you had to ruin it, lol