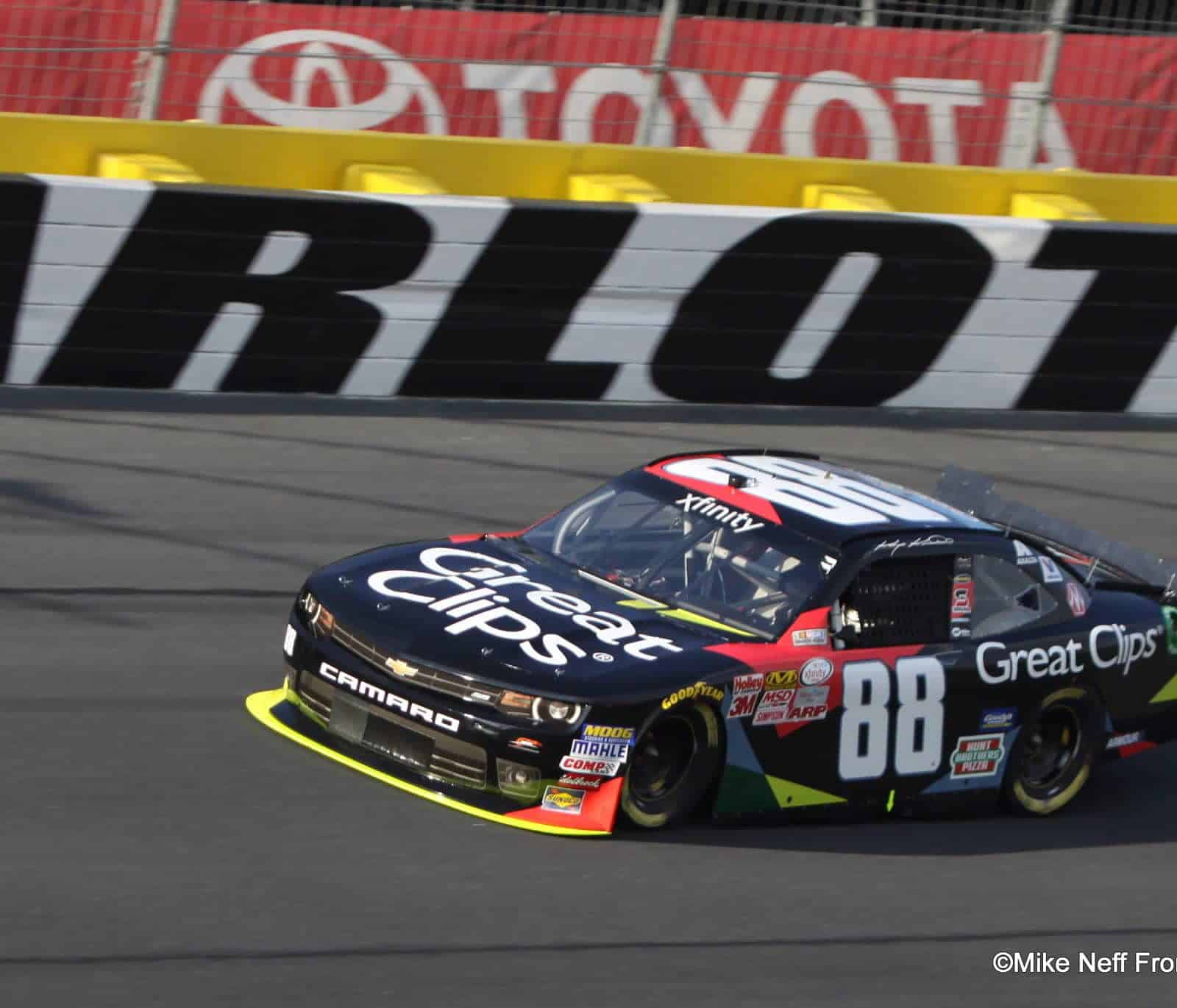 The top drivers in Xfinity Series practice were Cup drivers, but the best NXS drivers were right there with them when the red and black flags flew for final practice. Kasey Kahne ran 41 laps in practice, but it was the very first lap that was the quickest. Kahne tripped the timing beam at 29.928 seconds for a speed of 180.433 mph. Kyle Busch was just under .05 seconds slower than Kahne on the second of his 62 laps he ran during practice.

The second half of the top 10 in practice speeds was Brad Keselowski, Austin Dillon, Ty Dillon, Darrell Wallace Jr. and Brian Scott. Qualifying for the Drive for the Cure 300 will take place at 4:45 p.m. on Friday Oct. 9 with the race taking the green flag at 8 p.m.

Thanks for the catch Brenda. Kyle was fastest on the 10 lap average and I had that on my mind when I wrote the headline.