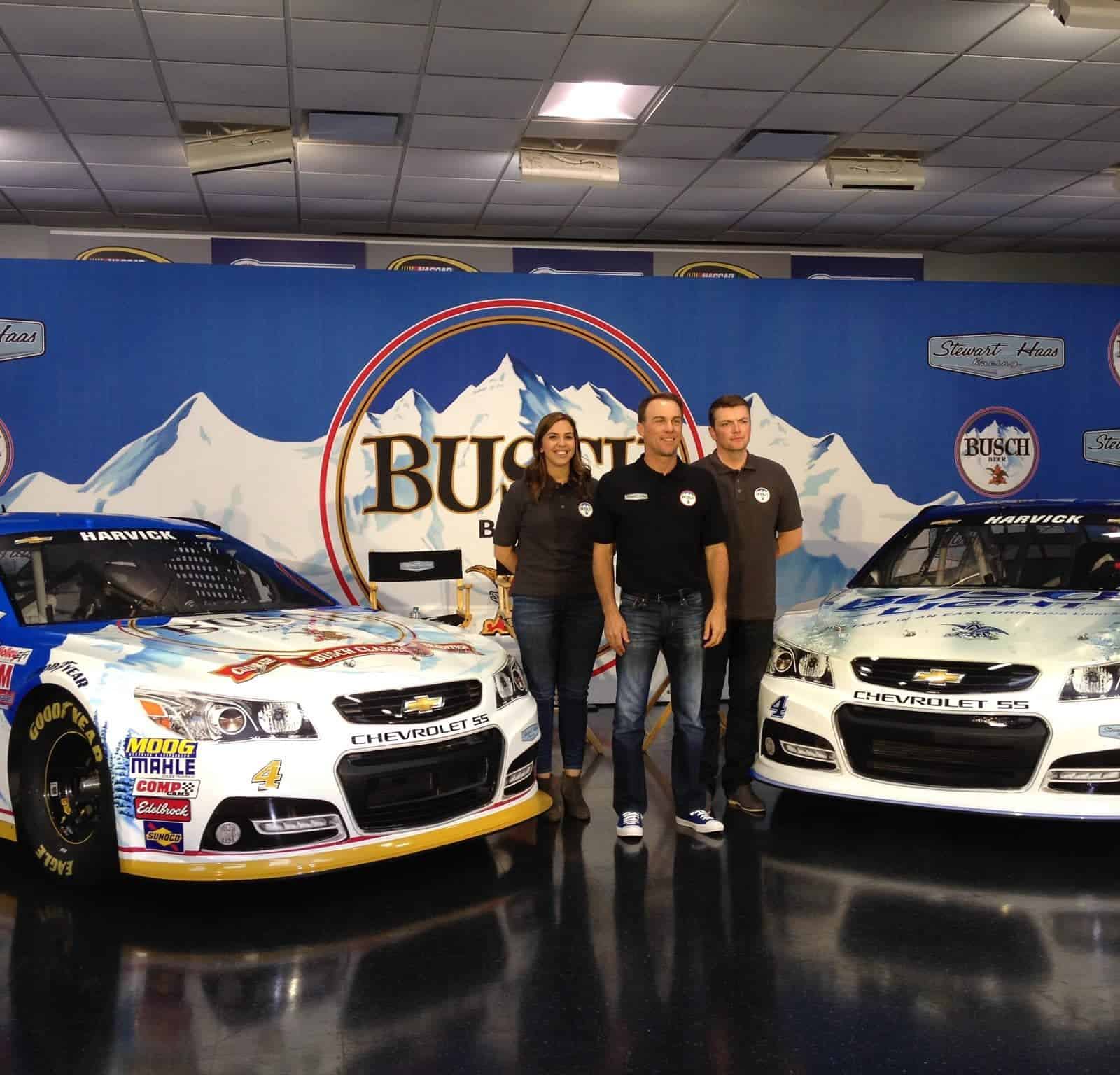 NASCAR fans have known for some months that the No. 4 car, driven by defending Sprint Cup Series champion Kevin Harvick, would have sponsorship from Busch Beer next season as the company takes over from Budweiser (both brands fall under the Anheuser-Busch umbrella) for 2016 and beyond.

And on Thursday (Oct. 8) at Charlotte Motor Speedway, the primary paint schemes for Busch and Busch Light were revealed.

The change in branding will mean that Harvick’s fans will see more of their driver as the new branding will include television commercials and appearances.  Harvick will also make appearances for Budweiser through the Anheuser-Busch deal.

Race sponsorship will cover 12 races for the No. 4 Stewart-Haas Racing team.

“Listening to the plans that everyone has with Busch, which tie into the properties they already have with the outdoor things that they do, really fits what I do, who I am and who our fan is,” Harvick said during a morning press conference Thursday. “I’m really excited to be a part of it.”

Harvick also referenced a pivotal point in NASCAR history in which the sponsor had a role. “1979 is also one of the biggest moments in our sport with that particular car,” he said. “It might not be on the track, but it was a pretty big deal as far as where our sport is today.”

Harvick was referencing the oft-recalled post-race fight between Cale Yarborough and Donnie and Bobby Allison that helped launch NASCAR into mainstream America.

Harvick continued, “When you look back and to be a two-time Busch champion and to be a part of the Busch Series, growing up that was really where you hoped to go after the Truck Series; you wanted to go to the Busch Series. Even today, I still slip up and call it the Busch Series. So the heritage that Busch brand has in our sport is really deep and I think NASCAR fans will 100% relate to the paint schemes and some of the things we do going forward, so it’s exciting for me to see the support that is going into the program.

“I think the most exciting thing is the support and backing behind the exposure that will come with the program.”

Harvick is currently in the thick of the 2015 Chase for the Sprint Cup, attempting to defend his 2014 title, which was his first in the Cup Series. He moved on to the next three-race round (which begins this weekend at Charlotte Motor Speedway) after a win last weekend at Dover.