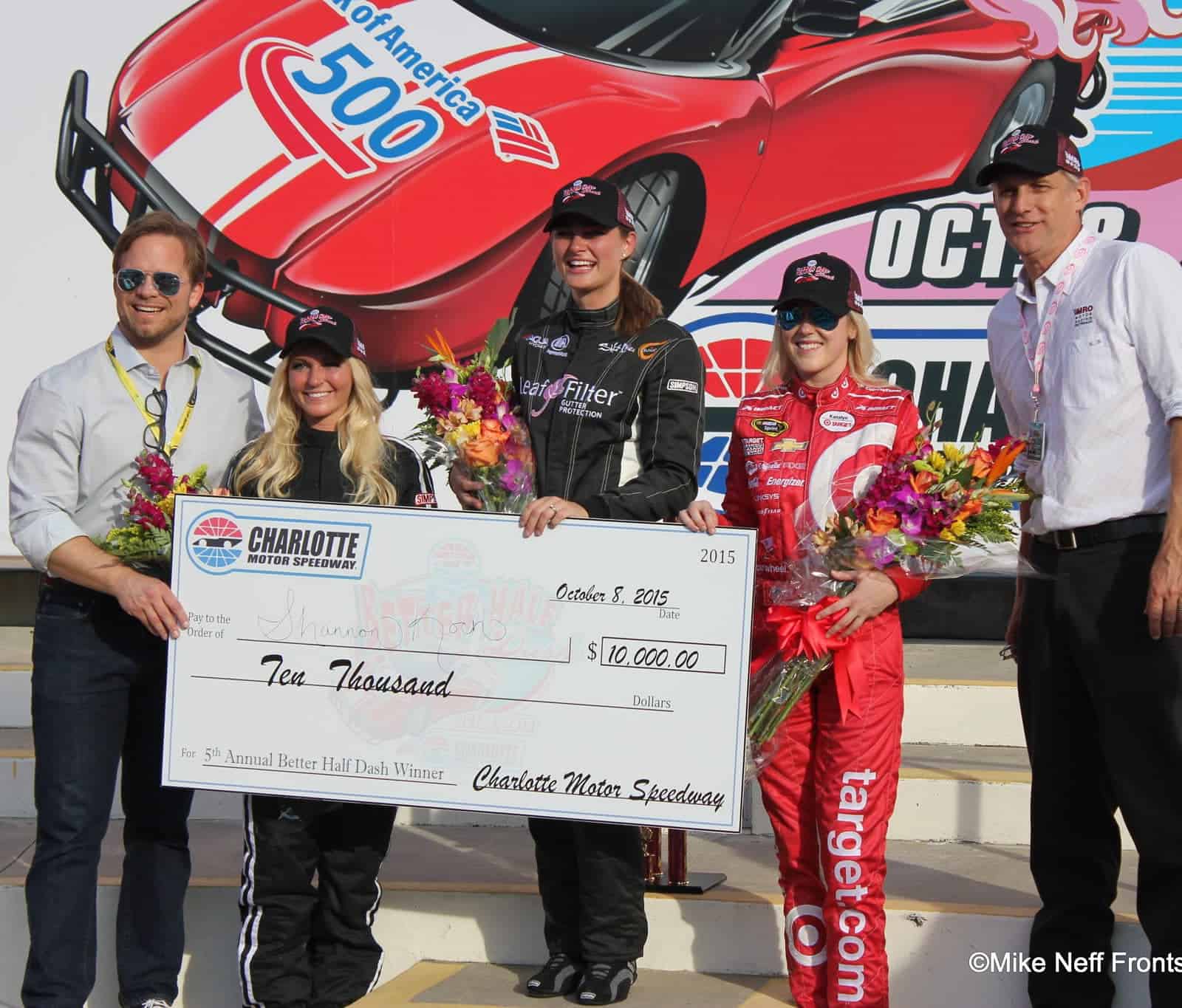 For the fifth year in a row the better halves of members of the NASCAR community got together to raise money for charity and have a little fun racing cars on the quarter mile at Charlotte Motor Speedway. 11 ladies took to the track in Bandolero cars for 25 laps of excitement. After all of the beating, banging, spinning and paint swapping was complete, it was Shannon Koch who crossed the line first.

Koch, wife of NASCAR Xfinity Series driver Blake Koch, beat Katelyn Sweet to the checkered flag by .442 seconds to claim the 5-foot-tall trophy and some money to donate to her favorite charity.

Tandra Greenfield came home in third ahead of Jordon Fish and Kristen Yeley.

The race is run to raise money for charity and bring awareness to the causes for all of the competitors. The field was set by qualifying times on Wednesday, but the pole position went to the driver who raised the most money. Ashley Stremme was the quick qualifier on Wednesday, but Koch was the big money raiser, so she bumped Stremme to the outside of the front row.

At the drop of the green flag, Sweet made a three-wide move to the bottom of the front row starters and emerged with the lead. She led for most of the first half of the race but spun out unassisted. She had to restart at the back and charged back up to the fourth position shortly after the restart. In the meantime, during the early portion of the race, Koch was run into by Jenna Robinson and the rear cover of her car was removed. Whether that was a benefit or not, it certainly removed some weight from her ride.

Late in the running Robinson and Stremme got together and spun out of turn 4, which opened the door for Sweet to move up to second position.