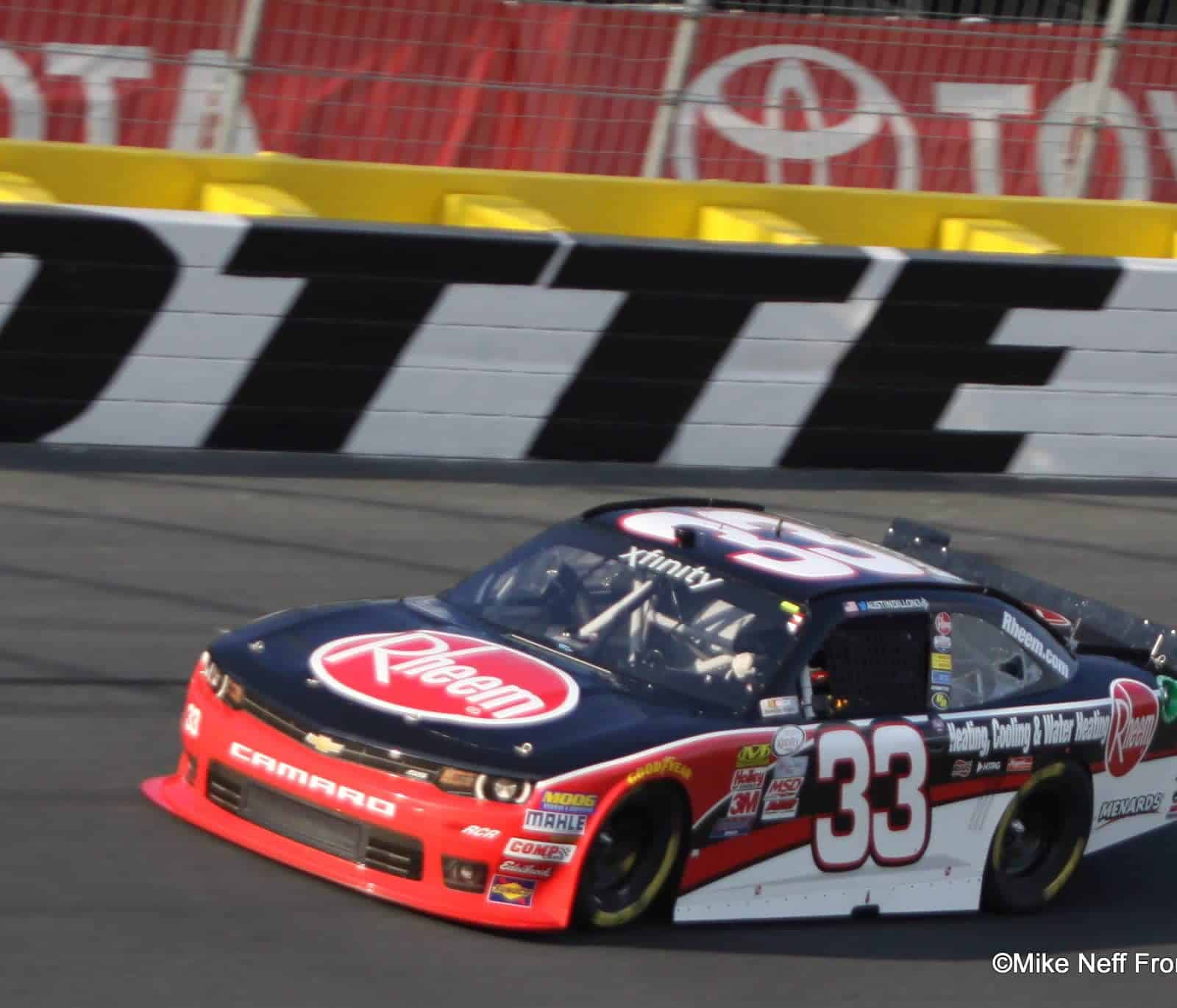 Austin Dillon climbed the ladder during Xfinity Series qualifying and reached the top run in the final session to claim the pole for Friday night’s Race for the Cure 300. Dillon turned a lap of 29.424 seconds at a speed of 183.524 mph to put himself on the pole. Kasey Kahne will start alongside Dillon thanks to his 29.484-second lap, for a speed of 183.150 mph. Erik Jones will start inside of row 2 thanks to his 183.107-mph lap. Points leader Chris Buescher was the fastest NXS regular, turning a 29.527-second lap for a speed of 182.883 mph. Kyle Busch and Brian Scott will make up the third row of the starting grid.

Dillon’s pole is the 16th of his NXS career. He has made 94 starts in the series. His pole ties him with Matt Kenseth, Brett Bodine and Elliott Sadler for 14th on the all-time list. This is Dillon’s sixth pole of 2015 in the NXS. For the third time in six races at Charlotte, Dillon will be starting in position number one. This is Kahne’s second top-two start in 22 races at Charlotte Motor Speedway. Erik Jones is making his second start of his career at Charlotte and this is his best starting position. Daniel Suarez is the fastest rookie in the field.