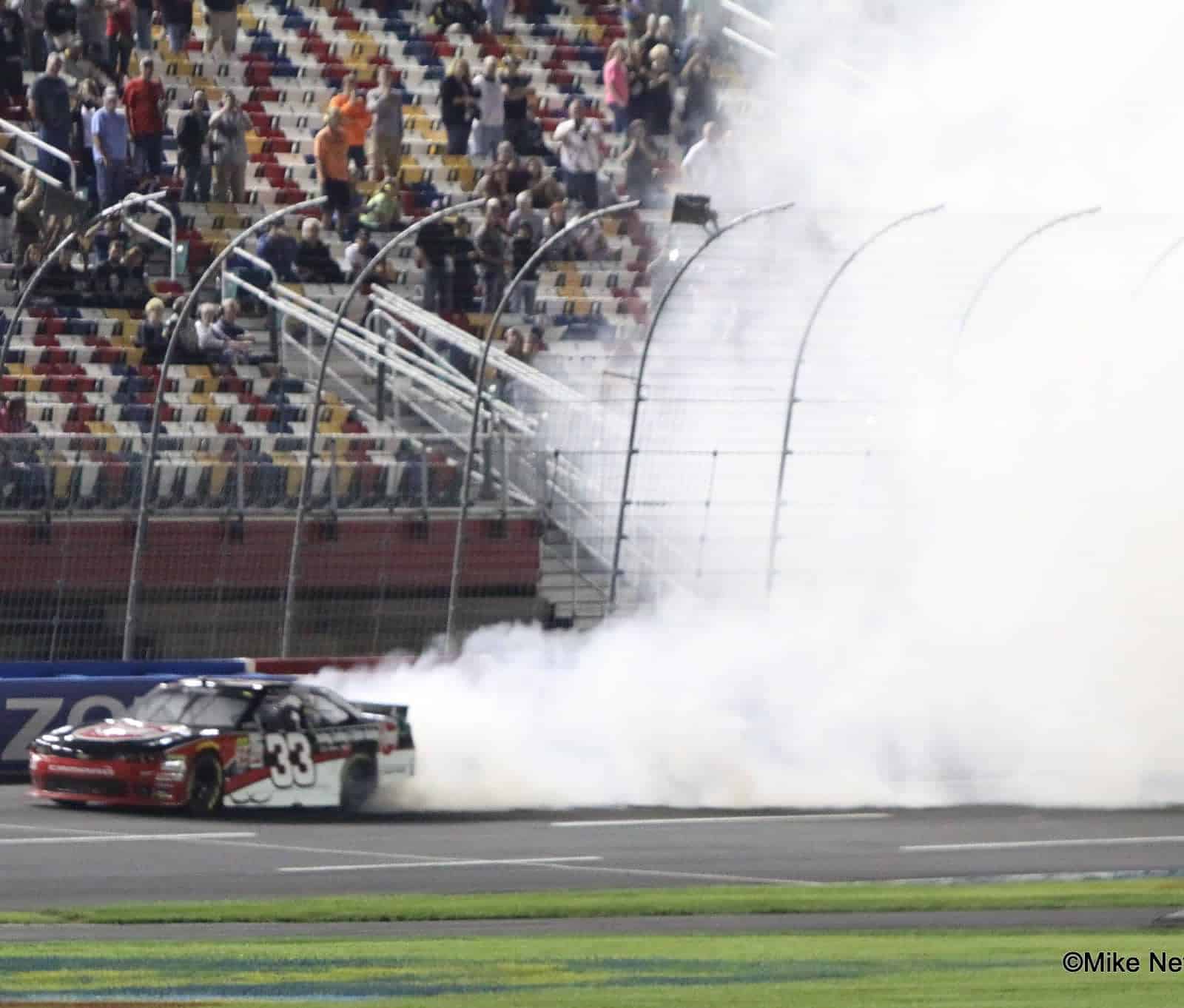 Austin Dillon earned the pole for Friday night’s Xfinity race at Charlotte Motor Speedway but when the green flag flew he had anything but a dominant car. Dillon led the first five laps but surrendered the lead to Kasey Kahne, as his car simply wasn’t handling to his liking and he drifted back into the field. His crew chief Danny Stockman made major adjustments to the track bar, wedge and air pressures in three of the four tires to get the car to handle for Dillon.

After the dominant car of Kyle Busch was damaged from wall contact and retired from the event, Dillon maintained the lead on the final restart and was never headed again. Erik Jones ran in the top three for the vast majority of the race and finished in the runner-up slot. Brad Keselowski soldiered to a third-place finish with a car that was not quite to his liking most of the evening while Daniel Suarez and Regan Smith rounded out the top five. Points leader Chris Buescher came home in seventh and increased his points lead by two over Chase Elliott, whose night ended in the ninth spot.

There were seven lead changes among five drivers, with Busch leading a race-high 102 laps. Busch took the lead from Kahne with an on-track pass for the lead on lap 40 and held it for all but five of the next 107 laps, only relinquishing the lead during green-flag pit stops. On a restart after a debris caution, Jones and Dillon passed Busch, with Dillon ultimately grabbing the final lead of the night. On lap 152, Busch and Kahne traded paint on the front straight, through turns 1 and 2 and down the backstretch before they made contact in turn 3. Busch’s car bobbled, slid up the track and made hard contact with the outside wall, with Kahne following suit, albeit with less significant impact. Busch suffered a bent upper control arm and was done for the night. Dillon held onto the lead on the ensuing restart and was unchallenged the final 44 laps of the event.

The victory is Dillon’s sixth in 94 career starts. Four of those six victories have come in 2015. This is Dillon’s second career win at Charlotte, both of which have occurred this season. This is the seventh time in series history that the Charlotte races have been swept in a single season. Jones finished runner-up for the first time in his career at Charlotte. This is Jones’s fourth top-two of 2015. Keselowski came home in the final podium spot for his seventh top-three run in his NXS career at Charlotte. Keselowski has five top-three finishes in seven races this season. Suarez was the Rookie of the Race, finishing fourth.