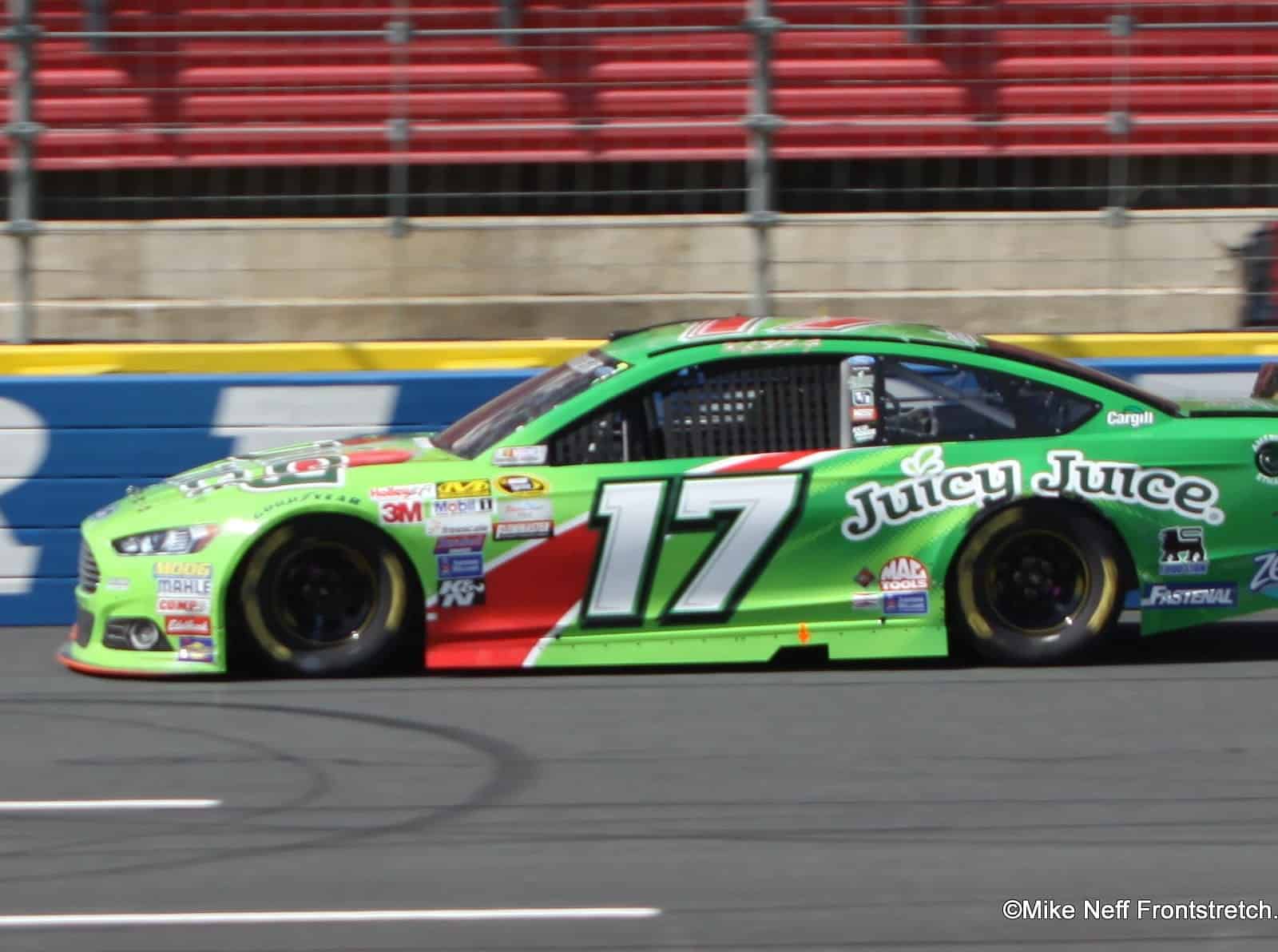 The Chase for the Sprint Cup has been whittled down to 12 drivers, and the Contender round starts off with a bang at Charlotte with a night race. Kevin Harvick was dominant last week at Dover, securing himself a spot in the Contender round, while Jimmie Johnson suffered a parts failure that ended his chase. This week the teams are back to that familiar mile-and-a-half layout, and I am back to analyzing the data for some NASCAR Fantasy Live picks.

I really like the way the Nos. 4/41 Stewart-Haas Racing cars have looked throughout practice, posting some of the top speeds both in single-lap and longer runs. The No. 48 of Johnson looks fast again this week, which isn’t surprising as he was dominant here for so long. Jimmie might have had the only car that had any thing for Harvick last week, looking at the lap times throughout the race, what a difference one little part can make. The Joe Gibbs Racing guys looked to have good short-run speed, but Matt Kenseth was the JGR car that seems to have the best long-run speed. As far as some cheaper guys that look good this week. David Ragan looked pretty good, Ricky Stenhouse Jr. look strangely good again and Ryan Blaney looks like he could run in the top 15 all race.

Enough with the chitter chatter lets get to the picks, again this week I am resetting for each chase race and picking a team that anyone can pick up with the $100 salary cap.

Harvick won the race last week in dominating fashion. His car looks fast again this week, leading the first practice and qualifying in the 11th position. Kevin looks to have one of the best cars on a longer run and should be a factor throughout the race. His teammate in the No. 41 just may have the car to beat this week, but it’s hard not to pick Harvick the way he has been running.

Out of all the JGR cars I like Kenseth the best this week. The No. 20 car looks good on a short run and great on a longer run. Combine that with starting in the pole position, and you have a car that will lead some laps for sure. At a lot of these races it’s hard to not pick the pole winner, as even if they don’t win the race the laps they lead at the beginning are usually enough to offset any positions they might lose as long as they stay in the top 10.

Jimmie’s car looks to be the equal of the Nos. 4/41 guys after a lap or two has been run. The Lowe’s machine knows how to get around this track, and I think will be out to make a point this race. I would imagine the rest of the chase contenders have to feel much better about their chances now that the No. 48 is out of the chase. Jimmie starts seventh, and I would expect to see him contending for the win.

Stenhouse put together a solid finish last week, and I think he is going to do the same this week. The No. 17 car has much better speed than where he qualified and should move up through the field. Stenhouse rolls to the start of the race in the 25th position, and I don’t think that a top 10 is out of the question again this week. We should score some nice place-differential points with this pick.

Michael Annett seems to be the fastest of the slower cars. He will roll off in the 38th position, and if he keeps his nose clean he should move up a little from there.