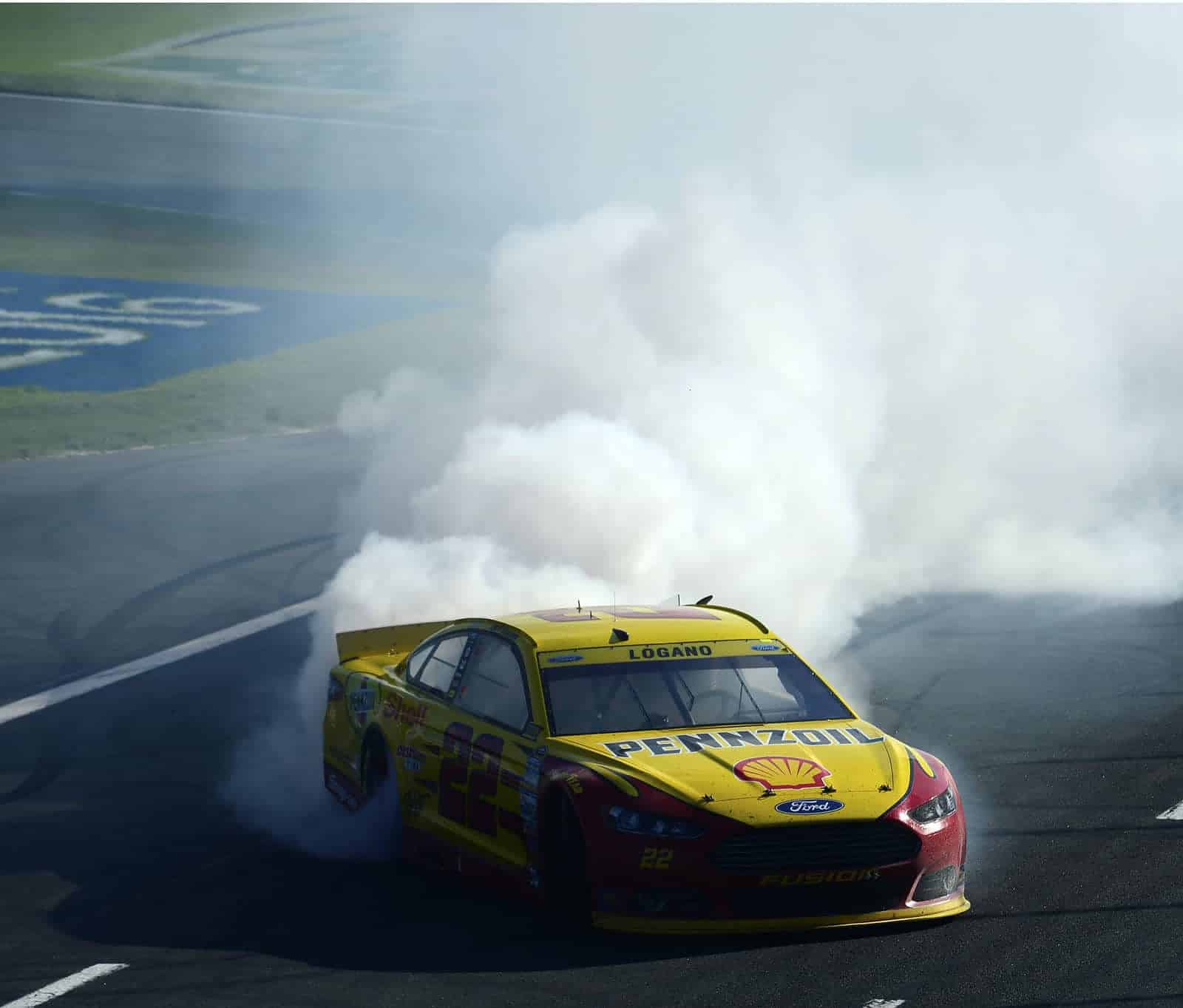 After Kevin Harvick won the race at Dover a little over a week ago, everyone was talking about how the No. 4 team is the “one to beat.” Rightfully so, of course, as Harvick is the defending champion and earned three wins this season.

However, following a night-turned-day race Sunday at Charlotte Motor Speedway, as Joey Logano cruised to the victory in dominating fashion, the tone changed as a bit. Now, it was Logano and the No. 22 team who are the ones to beat. Team Penske is at the forefront of the minds of the competitors and Logano is leading the charge.

It’s funny how the story changes, right? I mean, no one is writing off Harvick by any stretch of the imagination, and you have to take into account that Joe Gibbs Racing as a whole had an uncharacteristically bad day, but still… suddenly Logano has become a forerunner in this championship battle, as he automatically advanced to the “Round of 8” in the Chase for the Sprint Cup – despite the fact that there was very little discussion surrounding his name this time last week.

So the No. 22 team has to be pretty confident, right? Not only did they outrun the No. 4 car (a feat in and of itself this season) but they showed no mercy in Charlotte, leading 227 of 334 laps en route to the victory.

However, Logano is tempering his outlook on the rest of the season despite a successful day in Charlotte.

“[Crew chief] Todd [Gordon] and I talked about going into Dover, and the No. 4 situation, and we talked about it and said, doesn’t really matter,” said Logano post-race. “Doesn’t change what we have to do. We still have to go out there and we have to win races. Whether he was in the Chase or not, it’s not going to make a difference. We’ve still got to do what we know how to do and what we have to do and control our own destiny and focus on what makes our racecars faster. We just stay focused on doing what we know how to do. Don’t go and reinvent the wheel and stay focused. There’s going to be cars that are dominant each week, and we’ve just got to be that car more times than not.”

In other words, run the best race you can, win as many races as you can, and everything will work itself out.

Logano now has four race wins this season, so he is already doing just fine in that category. However, part of his outlook comes from last season in the first year of the new Chase Grid format, where Logano was one of four drivers to compete for the title. A disastrous night on pit road, doomed his chance and he was forced to look on as Harvick took the title.

“More race wins,” Logano continued. “That’s all we need to do. Win more races. You know, last year we did an incredible job getting ourselves to Homestead. I felt like we had a great Chase. We executed perfectly. We did everything we had to do to get to Homestead. I feel like the lessons we learned were in Homestead, so we’ve got to get back to that race, get back in the same position we were last year, and I feel like we’ll be in a lot better shape because we all lived it once and know what we’ve got to do.”

There is an old saying in racing that you have to lose one to win one. Logano’s loss came last season. One has to wonder if that was enough for the No. 22 team to make it all the way to Homestead this year — and seal the deal once it is all over.

The media loves to hype up these “dominant” wins as if its something special. Sorry, but I can’t look at it that way. I look at it as more about the clean air advantage than wheeling a stout car. My guess is, if Logano lost the lead he would not have been as dominant and the next guy in the lead would have driven away from everyone. Apparently after all these years, the media still doesn’t see the pattern. Or maybe they just don’t wish to see it. After all, they have to right about something each week, and it certainly can’t be about the exciting racing……unless you are Jerry of course.