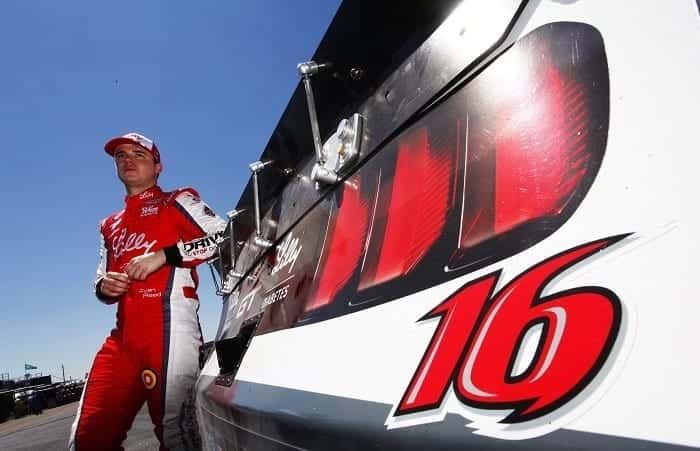 Life has thrown Ryan Reed many curveballs over the years. A diagnosis of diabetes in 2011 could have put a halt on his career. Instead, it has been the backstory to his success, propelling him to race in the NASCAR Xfinity Series with Roush Fenway Racing starting in 2013.

Since being told he could never race again by doctors, Reed has evidently proved them wrong. The ultimate reward came at Daytona in February, where Reed, now 22, was victorious for the first time. Passing 2012 Sprint Cup Series champion Brad Keselowski on the final lap for the win, he became the first NASCAR driver with type 1 diabetes to win a race.

However, Reed and his No. 16 team have struggled on the racetrack ever since. Through 29 races, he has not found the top 10 with the exception of his win. Coming close with 15 top 15s in that span, he is struggling as his teammates are competing for wins, with Chris Buescher leading the championship standings. In an exclusive interview with Frontstretch, Reed discusses his fight with diabetes, what his win did for him, his on-track struggles and more.

Joseph Wolkin, Frontstretch: How would you evaluate your season?

Ryan Reed: Daytona was really exciting, and we have had some really good runs. We obviously want to see more consistency. We want to be better and there is always room to improve. I know that as a driver, I need to step it up. Collectively, as a group, we can do a better job. I’m just looking forward to the last few races of the season, getting some good runs with some really good tracks for us coming up.

Wolkin: What has been the biggest struggle for you guys this year?

Reed: It is hard to put your finger on one thing. You go to a racetrack and other than fighting lose or tight [conditions], it gets tough. If you can diagnose it to one thing week-in and week-out, you can obviously get to where you can fix it. Then, you move on and you don’t have that problem anymore. It is always a struggle. You always feel that everyone is always progressing and getting better, whether it is the driver or the teams, cars or the bodies, whatever. Everything is constantly progressing and moving forward in this sport. If you are in a spot where you’re like “wow we’re really good right now” you have to continue to fight forward.

Wolkin: For someone that is rather young, how do you teach yourself to keep up with that progression?

Reed: You have to do your homework. You have to study and talk to other drivers. Obviously, I have great teammates that have a lot of experience like Greg Biffle, Ricky Stenhouse Jr. and Elliott Sadler this year was a huge help. My crew chief Chad Norris has a lot of experience. He’s been around this deal for a long time. Like you said, I’m a young guy, but you have to do your best to be a little bit beyond your years.

Wolkin: Obviously having diabetes is a struggle in of itself. What procedures do you have before a race?

Reed: When you have diabetes, you manage your diabetes, whether you are getting into a racecar or going to play baseball. There are a few things that are different. On race days, as far as my management goes, I am a little more meticulous about it than I am in the racecar. I have to drink a tiny bit of glucose for tiny blood sugar and then a guy on our pit crew will give me an insulin injection in case of a high blood sugar. Other than that, I would say it is pretty much business as usual.

Wolkin: Have you ever had a problem with it while racing?

Reed: Nope. When I’m out there, my blood sugar fluctuates more than other people, but that’s what happens when you have diabetes. We have a range from doctors and NASCAR that if we feel like we are in that range, then we all feel safe and comfortable.

Wolkin: How difficult has it been for you since you started racing again after your diagnosis?

Reed: When I strap in a racecar, I don’t feel like I am a racecar driver with diabetes. I’m a racecar driver, and oh, by the way, I have diabetes. I don’t view my racing any differently now. I have more of an appreciation for it and it has humbled me, helping me realize how quickly it can be taken away. Other than that, it is just business as usual.

Wolkin: What has it been like to race in one of the top divisions of stock car racing after doctors told you that you couldn’t race again?

Reed: It definitely made it more rewarding once I got here. There were people that told me I couldn’t do this, and I think everyone, whenever you are an aspiring athlete, will be told how tough it is going to be. To have a doctor tell you that you flat out can’t do this, it makes it a little sweeter once you get there.

Wolkin: What do you feel like you need to improve on?

Reed: It is no different than anytime you want to continue to get better. It is a little bit of everywhere, and we need to go out and find the problem area.

Wolkin: With Chris Buescher leading the standings, how closely have you been working with him weekly?

Reed: With Roush Fenway, teammates have been a huge emphasis since I got here. Whether you are leading the points or last in points, it doesn’t make you more or less valuable. Everyone can learn something from each other, and they put a huge emphasis on that.

Wolkin: What do you feel like needs to change heading into next year?

Reed: Just natural progression. Roush Fenway keeps doing what they think they need to do to get better. We’ll start the year off with 100% effort. It is all the same. You have to continue to get better in every area. I wouldn’t sit here and tell you what we are going to work on during the offseason, but it is going to be a lot. We’re going to do everything that we can to get better.

Wolkin: With Ford’s new simulator in its performance center in North Carolina, what have you learned from it compared to iRacing?

Reed: It has been a huge asset. That’s something that is constantly progressing as well. They have multiple engineers working on it, and as it progresses, I think it is going to be even more of an asset.)

Wolkin: Your victory at Daytona was obviously huge. What did that do for your confidence heading into the heart of the season?

Reed: You come into a series like this and you always have that doubt. As a racecar driver, this is where you come to prove yourself. To get that first win, you proved you can win against the best of the business and it’s definitely satisfying.

Wolkin: Since then, you haven’t finished in the top 10. What has prevented you from keep up with the other guys on the team?

Reed: Like I said, if we thought it was just one area, we would go out there and fix it. We just need to get better in every area.

Wolkin: Do you feel like you will attempt a Cup race at any point next year?

Reed: It isn’t something that we have talked about. I’m not really sure what the future holds.