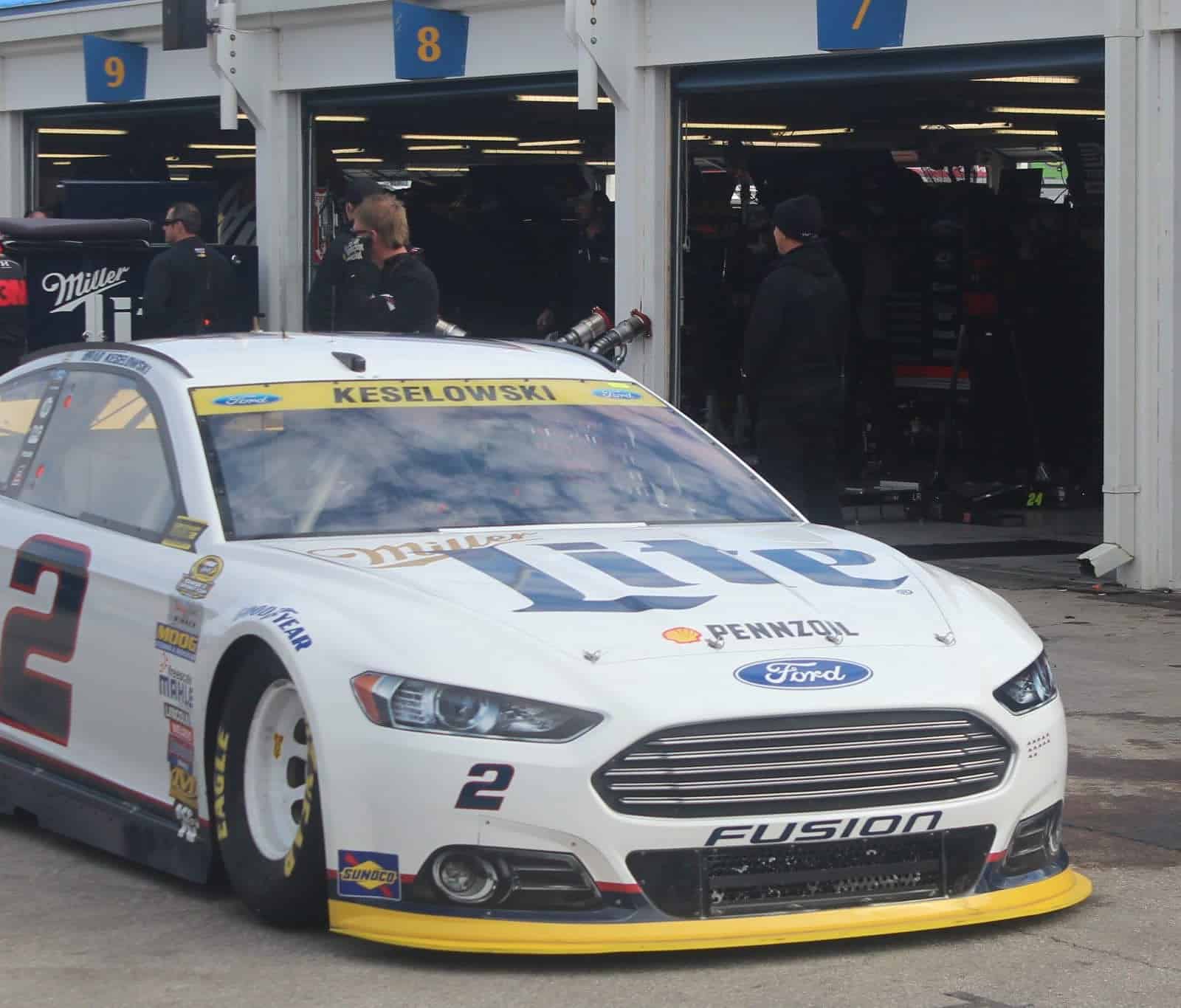 After winning the pole on Friday, Brad Keselowski continued to show speed this weekend on Saturday at Kansas Speedway. In the first NASCAR Sprint Cup Series practice session of the day, Keselowski put up the fastest lap time of 35.035 seconds at 154.132 mph. Keselowski was followed in second by Matt Kenseth, who won at this track back in 2013.

Keselowski’s teammate Joey Logano was third fastest and will start the race from the 14th position. Ryan Blaney was fourth fastest while Brian Scott was fifth. Scott spun on pit road during the practice session but did not sustain any damage.

Sixth was Martin Truex Jr. Greg Biffle led a portion of the practice session but eventually fell to seventh. Denny Hamlin, Kevin Harvick and Ryan Newman rounded out the top 10.

Aside from Scott’s pit road spin, the field was slowed twice. One stoppage was for debris in turn 1. The second stoppage was due to a near-spin by Sam Hornish Jr. in turn 4.

The NSCS will have one more practice session later today at 2:30 p.m. ET and will run just under an hour. Coverage will be on NBCSN.