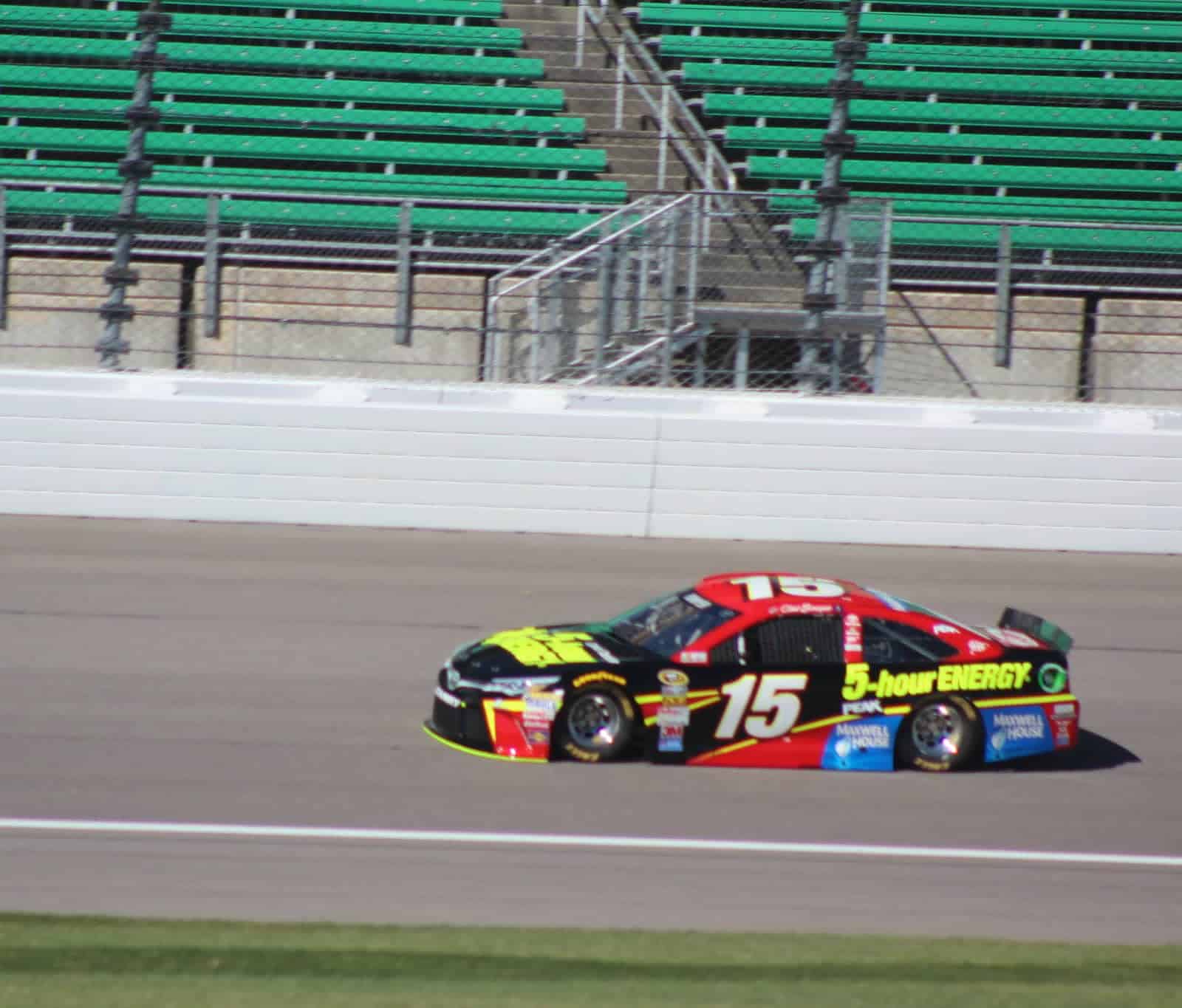 Hometown hero Clint Bowyer came into Kansas Speedway looking to put on a thrilling race for his local fans. Instead, his car was left in pieces after a hard hit on the backstretch wall.

After starting 26th, the Emporia, Kan. native had worked his way as high as 15th, but was still struggling with the handling. Bowyer was running just inside the top 20 when the accident happened, causing terminal damage to his No. 15 Toyota.

Despite the hit, Bowyer still had that trademark smile on his face, and was full of laughter in the garage area.

“I was following [Jeff] Gordon there and I started to catch him back,” Bowyer said after emerging from the infield care center. “I went in and he kind of took my line away and I tried to pull down. As soon as my headlight got out and got some air in it, man it turned me. I probably should have just spun to the inside, but I though I could save it.

“Man it hit hard. We were actually having some fun, doing a little better than I actually though we were going to. Just disappointed and frustrated. You always hate to have something like that happen, especially at home.”

The finish marks his first DNF in a season where he’s posted just 11 top-10 finishes in 31 starts. He currently sits 16th in points with five races remaining at Michael Waltrip Racing. He will move to HScott Motorsports next season to pilot the No. 51 Chevrolet for the organization for a year before he heads to Stewart-Haas Racing to drive the No. 14 Chevrolet for the retiring Tony Stewart.

Quite the sign of the times. The multi millionaire hero driver with a big smile. After all his future is assured. The guys working for the team, which is going out of business, and no contract probably aren’t smiling.