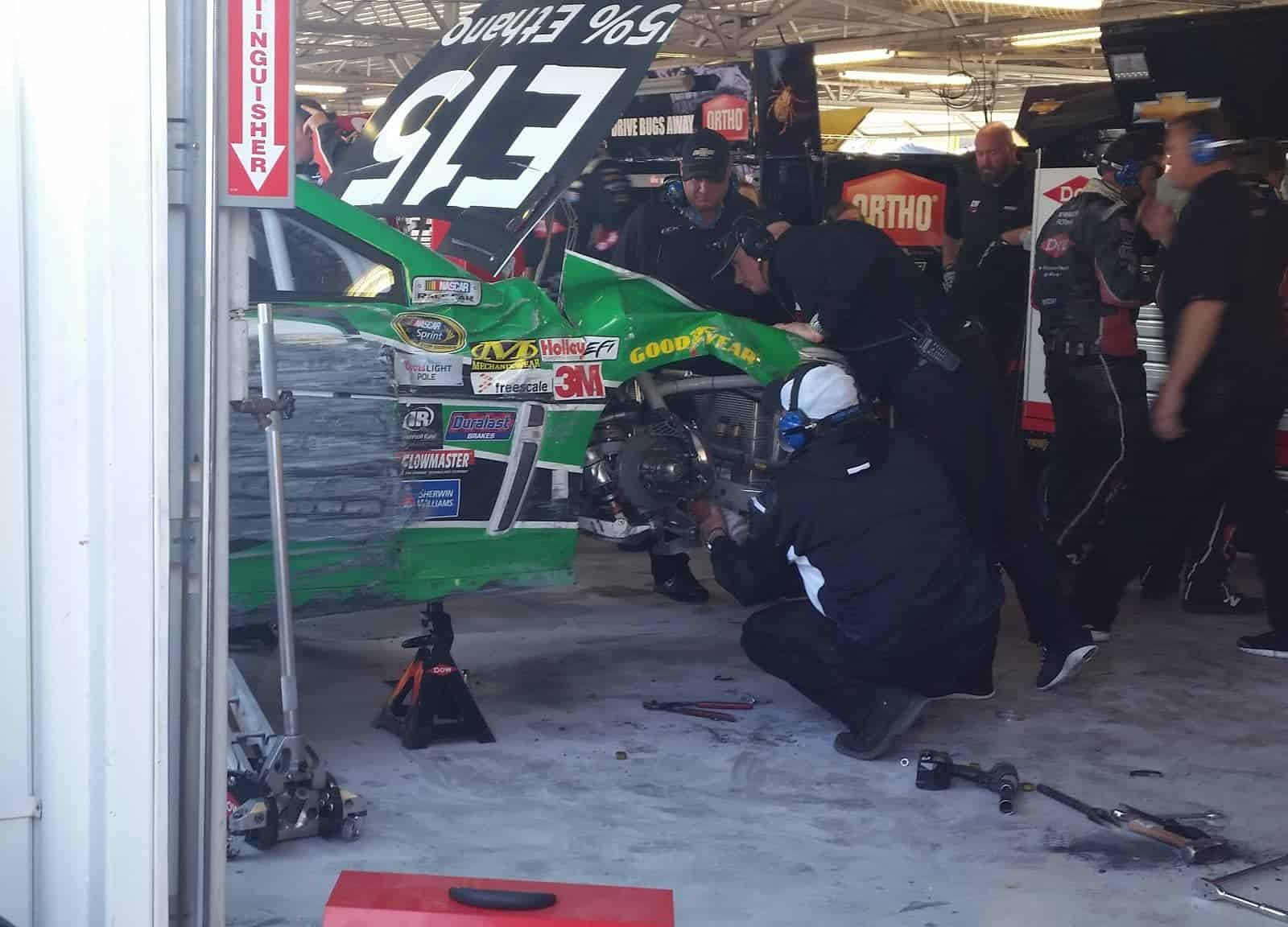 As this season has worn on, Austin Dillon has crept further and further ahead each week, even running in the top 10 for full races and challenging this year’s Chase contenders, including posting the second quickest time in the first practice at Kansas Speedway.

Sunday, Dillon once again ran inside the top 10 for a good chunk of the race.

After being one of the only drivers to break up the Chase party in practice for the Hollywood Casino 400, Dillon qualified 25th but wasted little time working his way into the top 10. Running times sometimes faster than the leaders, he had jumped into the top five and could have easily been a threat for the win.

“I found that lane in the Xfinity race and I was using it up today,” Dillon said of the line he used to work his way through the field. “I had my own lane up there. When you can pass that many cars from 25th to fourth, the racing’s good.”

But it wasn’t meant to be for the driver of the No. 3 Chevrolet. On lap 156, Dillon suffered a tire failure that sent him hard into the outside wall. The team thrashed at it for a little while in the garage area before determining that the damage was fatal, leaving Dillon to settle for a disappointing 41st-place finish.

“[The] tire separated from the bead. Not excessive braking; nothing that we did,” he explained. “Just tire failure. It’s disappointing; we had a car capable of winning the race. We drove from 25th up to fifth and we really running down the [No.] 4 (Kevin Harvick) and the [No.] 22 (Joey Logano). Just got a little tight there, we were just riding our time, making moves. Bummer, man. I really think we’re catching a win coming soon and it just didn’t work out for us today.

“I thought the racing was really good today. I hope I can have a car like this again by the end of the year. I want to win a race.”

But despite the crash, Dillon walks away hopeful after the speed his team showed at Kansas.

“It makes you feel really good and confident. We had a good car in qualifying; we were going to qualify up front and just missed a little bit. At least we can hang our hats on that. It just wasn’t our day – tire failure. We haven’t had one all year.”

In 31 races this season, Dillon has five top-10 finishes, including a best result of fourth at Michigan International Speedway in August. He currently sits 21st in the championship standings with just five races remaining.