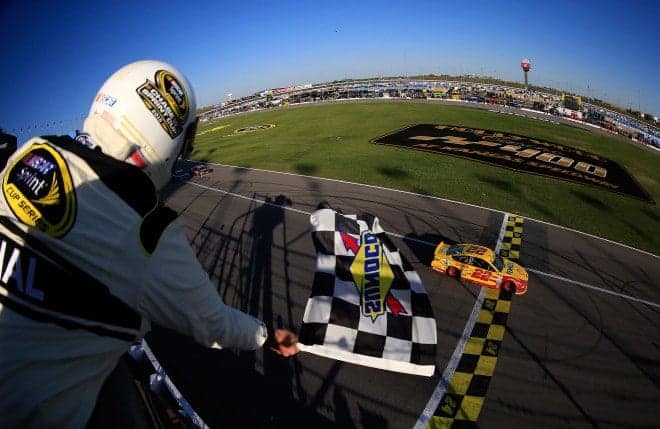 Joey Logano will be the only driver sleeping well this weekend at Talladega. After contact with leader Matt Kenseth in the closing laps, Logano took his second straight checkered flag and is the only driver with a win in the Contender Round.

The driver that most likely turned the most heads Sunday afternoon was Ryan Blaney, who drove the famed No. 21 to a seventh-place finish.

After the first round some heavy-hitters were knocked out and going into the elimination race at Talladega number of top drivers are in must-win situations.

Check to see if your favorite driver made the Top 15 after Kansas. The question is, will they stay there after the “Wild Card” event of the Chase is over.

Mike starts his second year with the Frontstretch in 2014 working on a combination of promotional and marketing assignments. Managing the NASCAR Power Rankings (Wednesdays), he works with broadcast and writing experts from throughout the world of racing to produce the biggest national weekly poll on Sprint Cup competition. Also our resident Marketing Assistant, Mike handles day-to-day client responsibilities while settling into his new digs outside of Charlotte.
Previous NASCAR Mailbox: Underdogs at Talladega, and Who Retires Next?
Next Did You Notice? Why Talladega Is Still NASCAR’s Heart Attack In Waiting 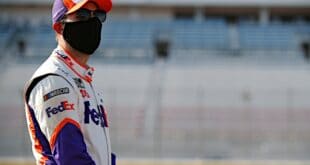