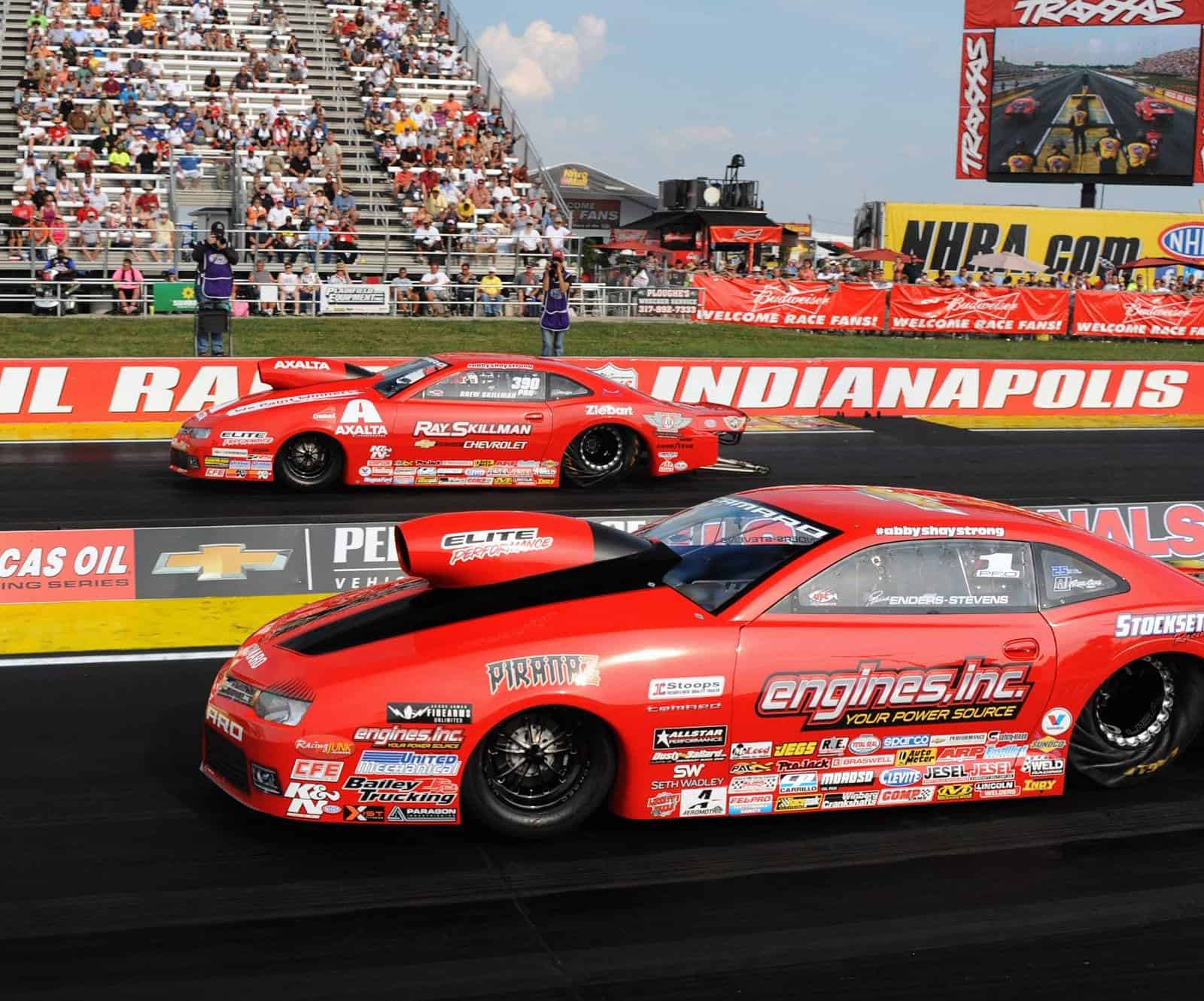 The last time we touched upon Pro Stock, I said there would be more to come on that subject. Management here at Fronstretch expressed some displeasure that I left the “when” on that open-ended, but I argue it’s not entirely my fault because that story is still very much in play. Many rumors are running around out there right now and it’s going to take a little bit of time to figure out which ones are wild and which ones are the truth. It might not be as easy to figure that out as you would think. In the meantime, I’d rather not speculate on any of them. I prefer to deal in fact.

So what do we have for fact at the moment? Well, there’s Elite Motorsports. On a recent WFO Radio interview, team owner Richard Freeman stated there would be four cars campaigned under his banner next season. He specifically named Erica Enders, Drew Skillman and Vincent Nobile as the drivers. He did not name the fourth at that time although he did get a little cagey and toss out that he’d heard Jeg Coughlin Jr. was coming back next year. It was then noted Coughlin, would be driving for Elite during the ESPN broadcast last weekend.

We also know there will be new rules next season, the topic of much discussion and also much grumbling in the pits. That’s part of what’s behind all the uncertainty over just who will be racing in the category next year. There are some who support the changes. When asked about it at Charlotte last month, Pro Stock veteran Larry Morgan spoke up in support of NHRA.

“I’m behind a lot of it,” said Morgan. “I think we’ve needed fuel injection for 20 years. I don’t think it was something that needed to be implemented 20 years ago, but now with the technology with the manufacturers, every car should be injected now or supercharged. Why would we want to race something that wasn’t that way? I think the move they made was right for the manufacturer’s and the kids we want to come into the sport now.

“Women have kids these days and they’re born with a laptop. You’re going to bring younger kids in who can relate to what we have on our car. They look at a carburetor and they think what in the world is that? I think all that technology is going to be better for our class because you’re going to be able to tune the engine better and we’ll probably end up running within five hundredths of what we run now. I think it will be better on the engines and cheaper for the teams, not initially, but throughout the year.”

On the other side of the coin, when asked about it at the event following the announcement, driver Greg Anderson was clearly not in favor. While he’s still not saying he’s a fan, he’d taken a different view by Charlotte.

“It’s reality. I’ve got to learn to like it otherwise I might as well get out. I don’t want to get out,” said Anderson. “This is what I do. This is what I’ve always wanted to do and I don’t want to quit. The rule changes, I wasn’t in favor of them at first, I’m probably still not in favor of them, but I’ve got to go on. I’ve got to stop worrying about it and dig in and go forward and accept the new challenge. Any challenge that gets thrown at us, you love it. That’s an opportunity to gain and advantage again.”

Freeman didn’t specifically say he was in favor of the changes during his interview either, but like Anderson, he pretty much acknowledged it was a change or don’t play the game situation and he chooses to play.

It seems the one thing they all agree on though is the “how” of it. Like it or hate it, NHRA didn’t put it up for discussion or debate. The organization simply put it out there and said this is how we will do things next year. If you don’t like it, go somewhere else.

“I commend NHRA for making the move and telling us how it was, not letting the tail wag the dog,” Morgan concluded. “That’s how most of the rules are done and I think they made a pretty strong stance with us.”

Now we just need to wait and see who decides to leave and who decides to work with the new Pro Stock. Sorry, boss, but I just have to do it again. We will revisit this again as more of the picture becomes clear.

“I am looking forward to joining the NHRA team during this time of transition and growth,” said Schulze. “I am excited about the challenge and welcome the opportunity to assist NHRA with its ongoing key strategic initiatives.”

Schulze previously worked for TEN: The Enthusiast Network in Los Angeles and with Fox Cable Networks. He worked in various financial roles for both companies. Schulze will report directly to NHRA president Peter Clifford.

2014 – Won category best five races, including three in a row at Charlotte, Houston and Atlanta.

Some things most people don’t know about Robert: He’s much more than just a driver at John Force Racing. Hight is also JFR’s president. He’s been with the team for a very long time, first working as the clutch specialist on Force’s car from 1995 through 2001. The team just happened to win championships in all seven of those seasons. He then became the facility manager for JFR as well as a test driver. In 2004 he attending Frank Hawley’s Drag Racing School and then earned his Funny Car license at Topeka. He’s also bringing along the next generation of the Force family of racers. His daughter Autumn races a Junior dragster.

We’ve heard about drivers having to sign some crazy things, but Hight has a story about one of the oddest for sure in this week’s Crazy Things video.

The gap between first-place Enders and second-place Anderson in Pro Stock, the largest points gap in the pro categories. Enders could clinch the Pro Stock world championship in two weeks at Las Vegas, a contrast to last year’s battle which came down to the final round of the final race in a winner-take-all battle with Jason Line.

Teams now have a week off to regroup before the penultimate event of the season, the NHRA Toyota Nationals at the Strip at Las Vegas Motor Speedway, takes place Oct. 29 – Nov. 1. This is another Sunday evening show.