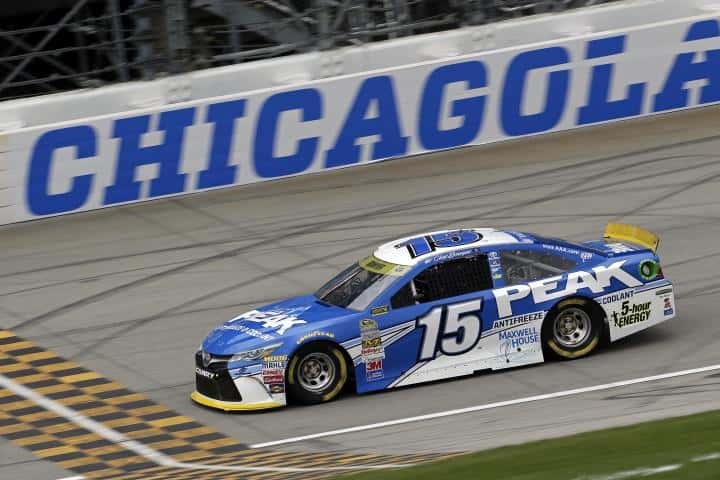 Clint Bowyer will bring another set of sponsors with him when he moves to HScott Motorsports in 2016.

PEAK Antifreeze & Motor Oil and BlueDEF Diesel Exhaust Fluid will join Bowyer at HSM when the green flag flies on the new season during Speedweeks at Daytona International Speedway.

The brands will serve as an associate sponsor for 34 races on Bowyer’s yet-to-be-numbered Chevrolet, as well as primary sponsor at Watkins Glen and Chicagoland.

The relationship between Bowyer, PEAK and BlueDEF started in 2012 when Bowyer began racing for Michael Waltrip Racing. His best finish driving a PEAK-sponsored car was third at Talladega in 2014.

“My bond with PEAK has continued to grow stronger over the years and I am so proud to continue my relationship with them,” Bowyer said. “They have meant a lot to my Sprint Cup program, as well as my dirt teams, and they are like family to me. The best part of a sponsorship is what you do away from the track with customers and building business-to-business relationships and that’s why the PEAK program is so special.”

For Bowyer’s future team owner Harry Scott, the deal brings the number of sponsored races for Bowyer up to 26.

“We are thankful to have a partner like PEAK join the HScott family,” he said. “We are a young organization with just two seasons under our belts, so attracting someone like Clint and a company with such a racing history as PEAK is quite an achievement for us. This is another step in the right direction as we continue to move our program to the next level.”

Bowyer currently sits 16th in overall points, having been eliminated in the first round of the Chase for the Sprint Cup earlier this month. He has two top fives and 11 top 10s to his credit and will be moving to HScott after Waltrip’s team announced it will fold at the end of 2015.