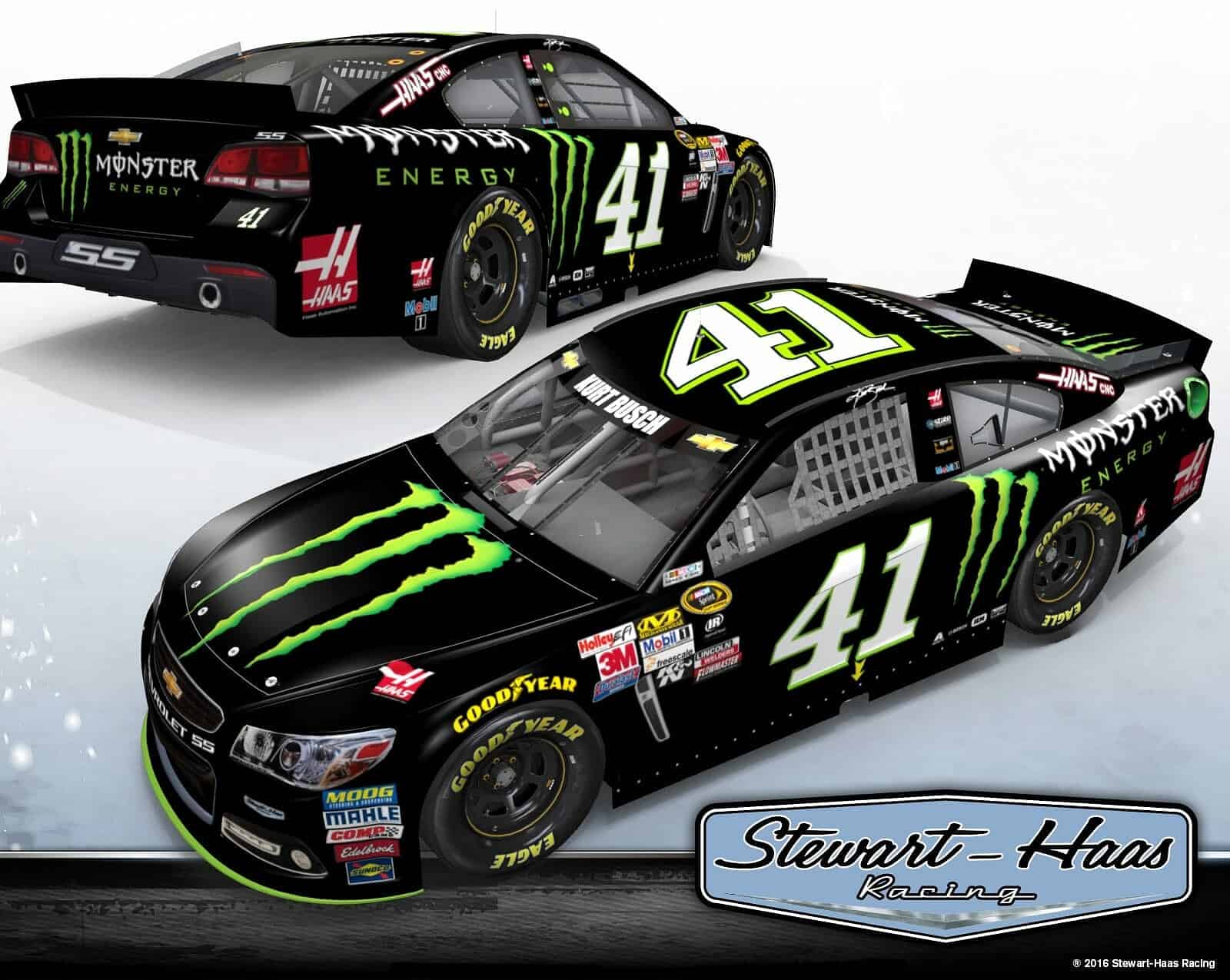 Stewart-Haas Racing announced not only a multi-year contract extension for driver Kurt Busch on Wednesday but also a new primary sponsor for the No. 41.

Monster Energy, a longtime Busch partner, will adorn his Chevrolet SS as co-primary sponsor with Haas Automation for 35 races and as primary sponsor for one race in 2016.

The brand will also serve as Busch’s primary sponsor during next week’s race at Martinsville.

“It’s a tremendous day. Very excited to partner up with Stewart-Haas Racing and to be able to have Monster Energy to come on board,” Busch said during a press conference at SHR’s race shop. “I feel very blessed and privileged to have this opportunity. There’s no better place than to have the people of Stewart-Haas, Monster Energy and Kurt Busch. It’s a dream come true to have this opportunity. I can’t wait to get the Claw on the track and get it to victory lane.”

The pairing increases a relationship between Busch and Monster that dates back to 2012. That year, Busch drove a Monster-sponsored car for his brother’s No. 54 Xfinity Series team in 11 races. The two brought Kyle Busch Motorsports its first and only NXS victory by triumphing in the spring Richmond race.

That same year, Busch and Monster paired up for the Sprint All-Star Race, where Busch drove the James Finch’s No. 51 Chevrolet to an eighth-place finish.

“We’re really excited to have found this opportunity with Stewart-Haas and Kurt,” Mitch Covington, VP of Sports Marketing for Monster, said. “Kurt’s been in our family of athletes for a very long time. To be on the car as a co-primary sponsor every week of the year is really exciting.

“I expect nothing less than battling for the win every week,” he continued. “We’ve had great success with Kyle [Busch] and the team in Xfinity. We’re looking for the same type of results [in Cup].”

With the step up to Cup, Joe Gibbs Racing’s No. 54 NXS team looks to sign sponsorship in 2016 and beyond. Monster had sponsored the car since 2013.