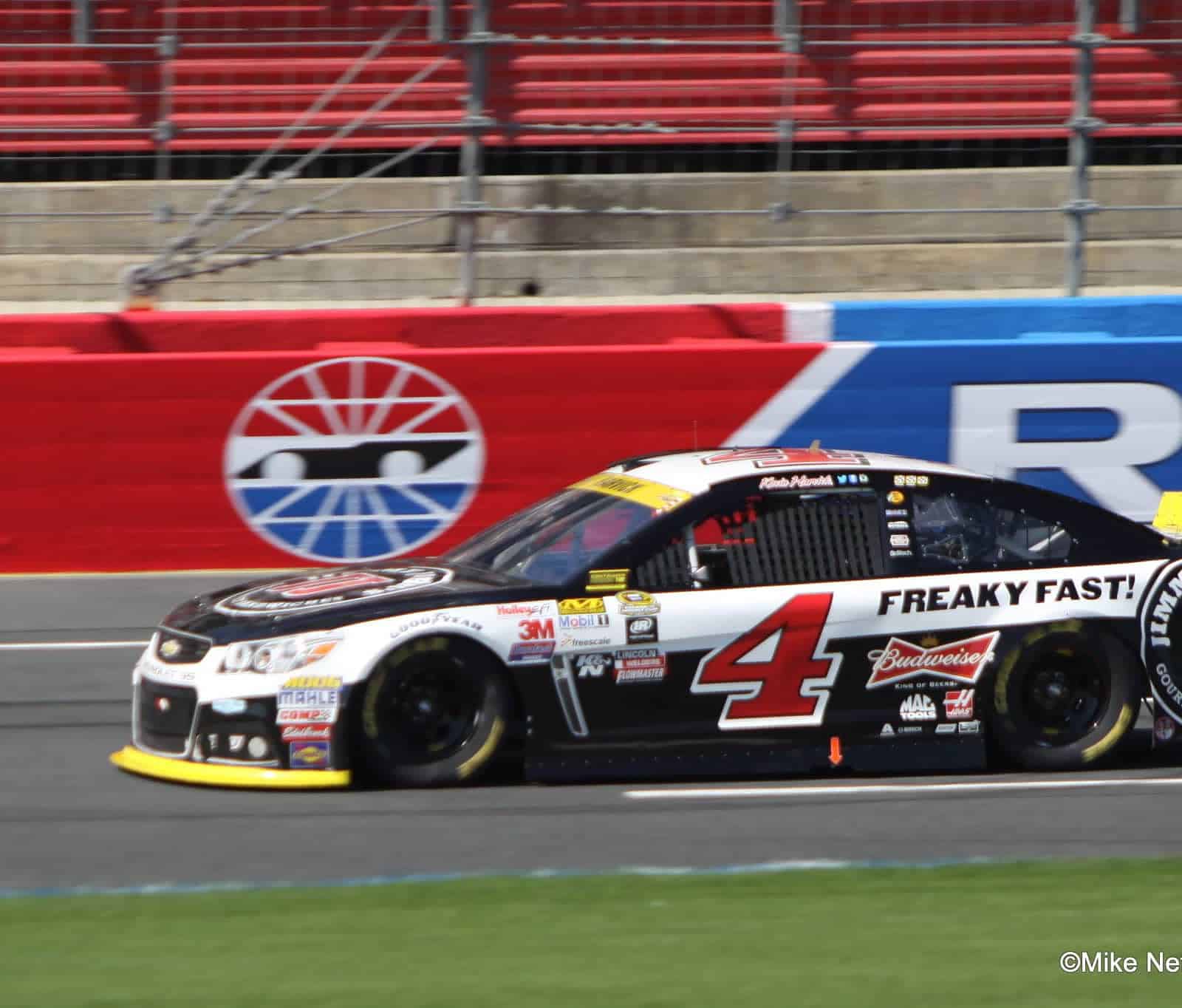 Let’s say this weekend’s race at Talladega Superspeedway ends with a green-white-checkered finish.

Not a given, but not unlikely, either. In the last five years, the Sprint Cup Series has gone over the scheduled distance of 500 miles 10 times, while others – like last year’s Aaron’s 499, which was set up for a green-white-checkered until the yellow flag flew on the final lap due to debris – ran for the predetermined amount of laps but did so with one final restart. With the chaos and confusion late-in-the-going racing at superspeedways breeds, it’s only natural that within five-or-so laps to go, someone’s going to screw up and cause a caution. Or there’ll be some debris, phantom or otherwise. The setups are plenty.

This week, NASCAR announced it would not allow three GWC attempts at Talladega, unlike in most races, when such a number is allowed before everyone decides to give up the ghost, crown the lucky leader the winner and head home. Instead – and this is true for the Camping World Truck Series event, too – the drivers will have one shot, and if a caution happens to fly before they make it back around to the white flag, well, tough luck. It’s a move meant to heighten safety at the two tracks – Talladega and Daytona – where massive crashes at race’s end seem more and more commonplace, an expectation rather than a possibility.

Will it actually curtail carnage? Eh, probably not. If the series encounters a GWC scenario this weekend, the results will likely be dicey as ever. They just will only happen once rather than a potential three times.

But here’s a fact that stands regardless: should a final restart occur on lap 187, drivers will have two laps to get to the front of the field, or at least that number of circuits to improve whatever position they originally had.

That’s where the “Fastest on Restarts” statistic comes in. It’s a number tracked by NASCAR that looks at the average speed of each driver in the field on the two laps following any restart during the race. After each race, the driver with the highest average speed in each instance of those two laps (or one, if the field goes right back to a caution) is ranked first in the field, all the way through 43rd. NASCAR provides a season-to-date loop data ranking for the stat that ranks each driver by their average ranking after each race – that is, while each post-race ranking of Fastest on Restarts is mph-based (Joey Logano was tops at Kansas Speedway last weekend at an average of 176.301 mph, by the way), the season-to-date placing looks something more like a number between one and 43, which is to say that a driver either averages a first-place finish on that post-race ranking, a 43rd or somewhere in between.

Now, make no mistake here: Talladega and Daytona aren’t exactly the most foreboding tracks for this stat. Oftentimes the highest-ranking are those who are often at the back and moving toward the front more frequently, since the draft often most benefits the cars in the rear rather than those leading the pack, which is why the top 10 in the stat at Talladega earlier this year were made up of primarily underfunded teams. It’s the second list that’s slightly more intriguing: The season-to-date rank.

There, Harvick leads all drivers (Chasers and non-Chasers alike) with an average of 5.645 — meaning, again, that on the whole, Harvick has finished an average of around sixth (if rounding up) in all Fastest on Restart rankings in 2015.

Again, mostly championship-contending teams near the front here, with Harvick at the top – perhaps no better distinction for the Closer. Meanwhile, Newman and Gordon linger near the bottom, suggesting perhaps, that there’s little fight in them when it comes to the majority of restarts. Things aren’t looking good for Earnhardt, either – but then, if this wasn’t a superspeedway race, his chances of a berth in the next round of the Chase weren’t looking great anyway, given his 11th-place position entering the round’s final race.

Will it matter? Maybe, maybe not. But it’s certainly interesting to see who’s been the supposed best on restarts in 2015. And with just two laps to get to the front this weekend if there happens to be a GWC finish, that ability could be the difference between a championship and lack thereof.