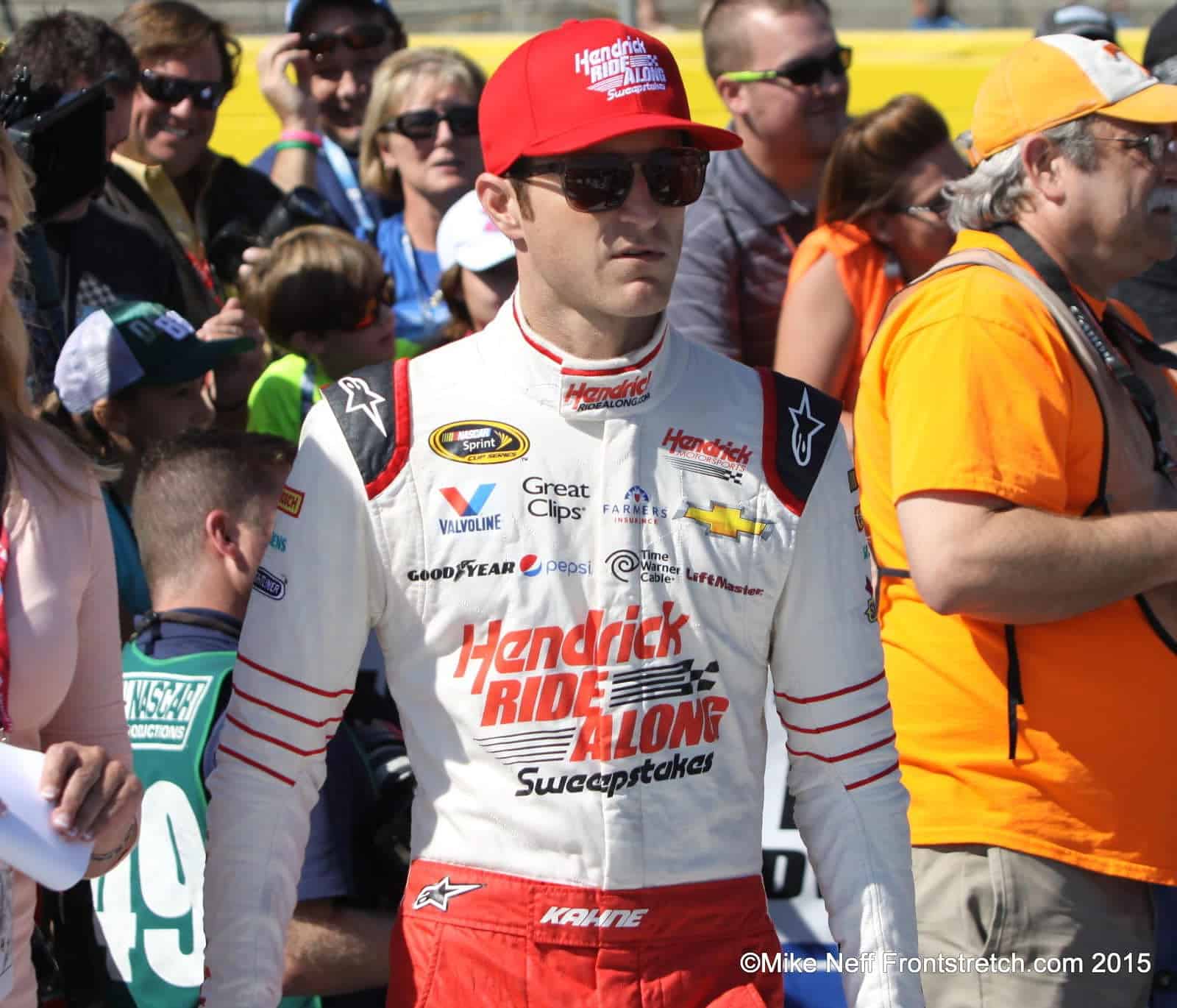 Jeff Gordon will start from the pole in his final Sprint Cup Series start at Talladega Superspeedway, the only driver to reach a speed in excess of 194 mph in the second round. Gordon will start alongside Hendrick Motorsports teammate Kasey Kahne on the front row.

After contact with Joey Logano last week with just a few laps left at Kansas Speedway, Kenseth now finds himself 35 points out of the top eight in the final race of this round. Earnhardt is 31 points out of eighth, the final transfer spot before moving into the next round of the Chase. Though neither of them are mathematically in a must-win situation, realistically, that is what it is probably going to take for either of them to advance.

Chase driver Martin Truex Jr.’s time was disallowed after he went below the yellow line in his qualifying run. He will start 43rd.

Meanwhile, before rolling off for his own qualifying run, Clint Bowyer inadvertently shifted into reverse before driving out onto the track. Bowyer backed into the No. 51 car of Justin Allgaier. The contact caused some front end damage to Allgaier’s car. Bowyer will be the driver of the No. 51 car for HScott Motorsports in 2016.

I don’t really like Justin Allgaier due to him screwing Ricky Stenhouse around at one of the Nationwide races at Chicagoland a few years ago, but, why does he have to go to the rear due to Bowyer being an idiot, and Bowyer gets a free pass? Allgaier’s team should have been allowed to fix the car, and Boyer should start last!

I had Jeb Burton pegged as the driver causing a GWC at the end of the “race.” I guess Brian will have to find someone else for the duty.