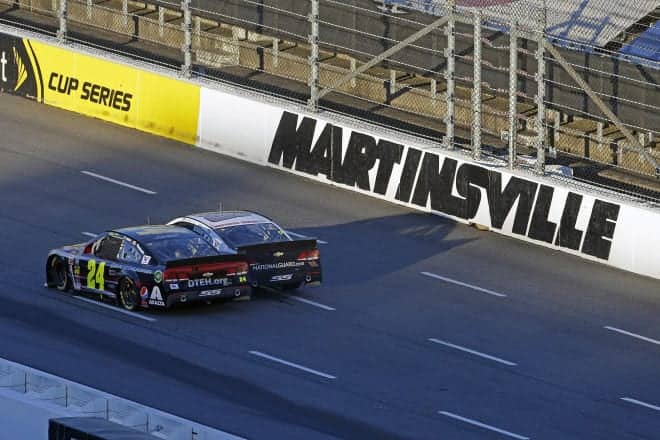 One week removed from what many drivers referred to as a circus at Talladega Superspeedway, the NASCAR Sprint Cup Series is set to return to tight, driver-controlled racing to begin the Eliminator Round of the Chase for the Sprint Cup.

After scraping by into the next round of the Chase in controversial fashion, Kevin Harvick will look to return to form at Martinsville with Outback Steakhouse on the hood of his No. 4. Harvick will be one of four Chase drivers running without their primary sponsor on the hood, joining Brad Keselowski (Alliance Truck Parts), Carl Edwards (Xfinity) and Kurt Busch (Monster Energy).

Kyle Fowler will look to make his first NSCS race of 2015, piloting the No. 32 Ford for Go Green Racing (GGR). Fowler made his debut in the series at Martinsville last season, scoring a 28th-place finish with GGR.

The Sprint Cup Series will return to action on the half-mile Martinsville Speedway on Friday, Oct. 30, for practice at 11:30 a.m. ET, followed by Coors Light Pole Qualifying at 4:20 p.m. ET. The field will then return on Saturday for two practice sessions at 9 a.m. ET and 12 p.m. ET, respectively. Coverage of Sunday’s Goody’s Headache Relief Shot 500 will begin at 1:15 p.m. ET on NBCSN and MRN.