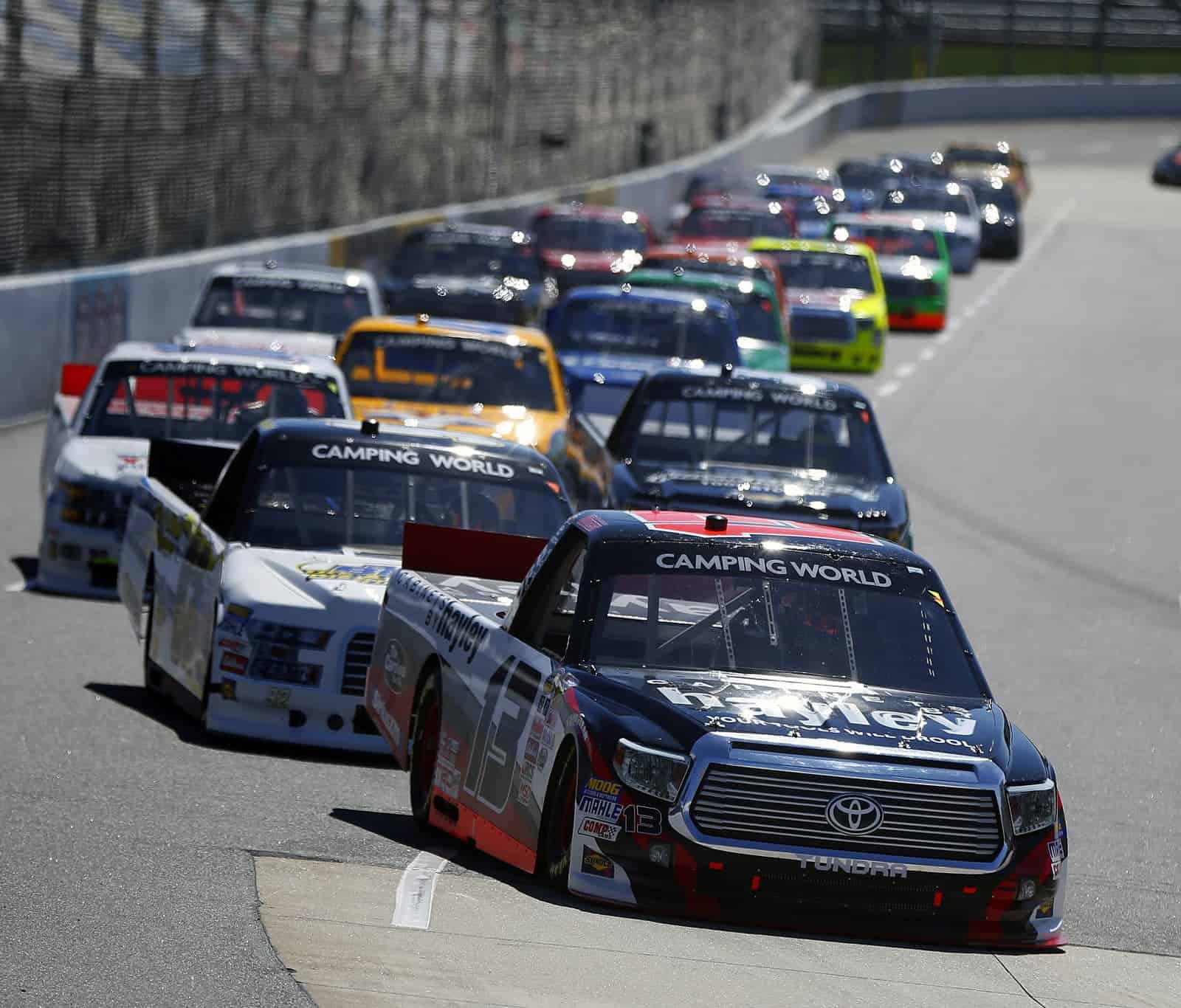 Heading to the final short track on the 2015 schedule for a Halloween showdown, the NASCAR Camping World Truck Series has the largest entry list of their season.

Despite the healthy field of entrants, only one Sprint Cup Series driver is currently listed for the 200-lap event. David Gilliland is listed as the driver of the No. 92 Ford. One more position could open up to a Cup regular. The No. 29 Brad Keselowski Racing Ford is currently entered with Austin Theriault listed the driver. However, it is unknown if Theriault will be medically cleared to drive after injuries sustained in an Oct. 3 crash at Las Vegas Motor Speedway.

A wealth of young talent are prepared to compete on the half-mile Martinsville, Va. circuit. Ross Kenseth, son of 2003 Cup champion Matt Kenseth, will make his NCWTS debut, driving the No. 18 Toyota. JR Motorsports drive Cole Custer will return to the truck series for the event, as will K&N Pro Series East competitors Dalton Sergeant and JJ Haley.

Brandon Jones and Daniel Suarez will return for the event with GMS Racing and Joe Gibbs Racing, respectively, as will Eldora Speedway runner-up Bobby Pierce. The event will serve as a good test for Pierce, who typically competes on dirt with a late model team.

The Truck Series will return to action at Martinsville on Friday, Oct. 30, completing their only two practice sessions of the weekend at 1:00 p.m. ET and 2:30 p.m. ET, respectively. The series will return on Saturday at 10:15 a.m. for Keystone Light Pole Qualifying. Coverage of the Kroger 200 will begin at 1:30 p.m. ET on FOX Sports 1 and MRN.

Seeing 37 trucks entered for this race as opposed to around 30 and sometimes less than that tells me that more short tracks would be beneficial to the truck series. More short tracks and maybe even road courses also lead to better racing (in my opinion) so it’s the best for both worlds. With rumors of a second road course and dirt track to the schedule some of us can only hope.

Do you think the series will be alive that long?