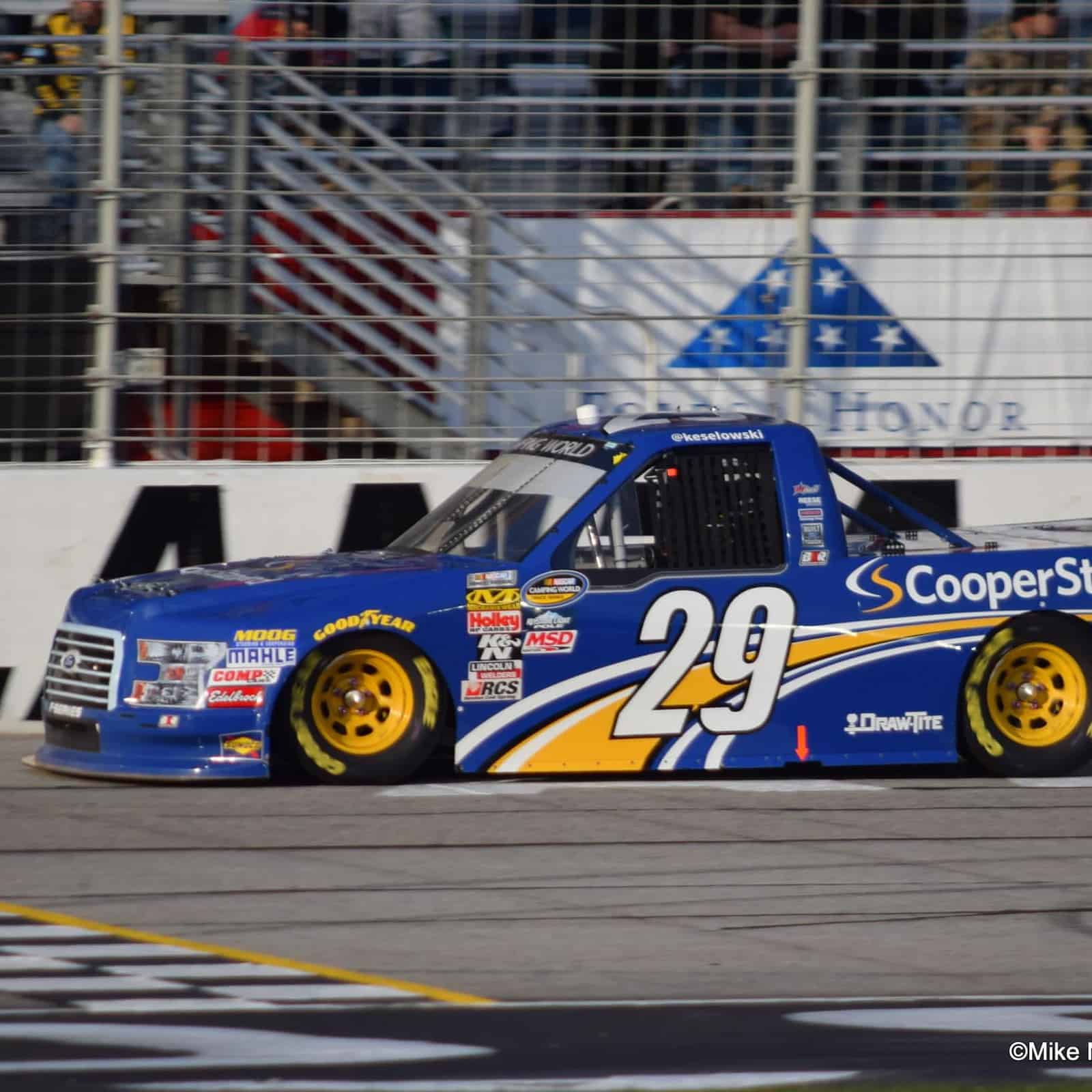 Austin Cindric will make his NASCAR Camping World Truck Series debut on Saturday in the Kroger 200 at the Martinsville Speedway for Brad Keselowski Racing. Cindric will pilot the No. 29 Ford and will have sponsorship backing from Cooper Standard.

Cindric is already a well-known, up-and-coming driver around the racing world. He has numerous starts in IMSA, Red Bull Global Rallycross and even the ARCA Racing Series. The 17-year old driver became the youngest winner in the Continental Tire series and earned a top-five finish in his first career ARCA start at Iowa.

“One of the things I wanted to do at BKR is give talented young drivers an opportunity,” Keselowski said in a release. “Austin Cindric already has an incredibly diverse racing background. We’re happy to give him an opportunity in the Cooper Standard Ford F-150 at Martinsville to learn what it’s like to compete at a high level in NASCAR and to gain experience so he’ll be prepared to take the next step in his career.”

The young driver and his family have always had a passion for racing. His father, Tim Cindric, has served as president of Team Penske since 1999.

“I’m really looking forward to getting behind the wheel of the Cooper Standard Ford F-150 and can’t thank Brad enough for this opportunity,” Cindric said. “I’ve never been to Martinsville so it’ll be a whole new experience. I’ll just take it lap by lap and absorb as much information as possible. I just need to make sure I gain the respect of the competitors because I’m new to the NASCAR Camping World Truck Series. I have no expectations. I’ll just take what the weekend brings me and go from there.”

The high school junior is just one of the numerous drivers who will also make their Camping World Truck Series debut at the Martinsville Speedway on Saturday, though he is the only racer locked into the field by points. Brandon Hightower, Brad Foy and Jim Weiler will also attempt debuts but will need to qualify on time.

Tim’s son, how convenient. Brian K. sure looked like he earned a second chance last week. Wonder what Kez has to say about this…as I looked…nothing. Interesting.