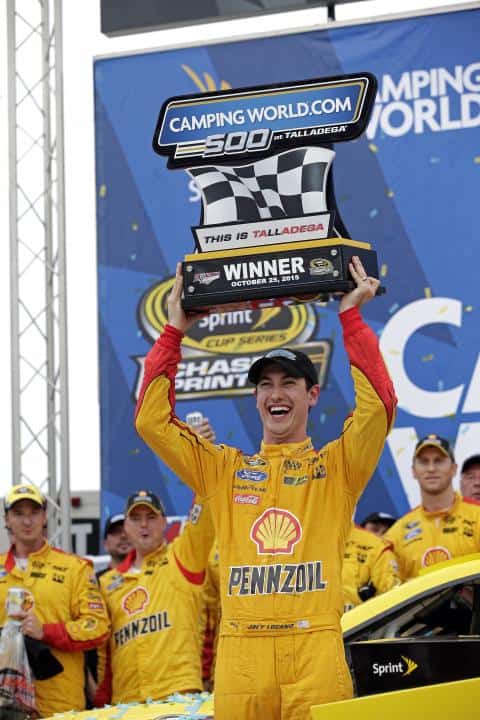 NASCAR released a statement on Tuesday regarding numerous issues following the CampingWorld.com 500 at the Talladega Superspeedway on Sunday.

“NASCAR has worked to review an extensive amount of material from Sunday’s NASCAR race in Talladega including video, team radio transmissions and downloadable data,” the sanctioning body declared in a prepared statement. “Based on that review, the race results are considered official as we prepare for the upcoming 2015 Chase for the NASCAR Sprint Cup Eliminator Round starting Sunday at Martinsville Speedway.”

NASCAR also provided an update with the ongoing post-race inspection at the NASCAR R&D Center in Concord, N.C.

“Post-race inspection is currently being conducted,” it noted. “The five cars at the NASCAR Research & Development Center for post-race inspection are the No. 22 (winner), No. 88 (runner-up), No. 18 (final car qualifying for the Eliminator Round), No. 31 (first car not qualifying for the Eliminator Round) and the No. 98 (random).”

There were rumors swirling over the possibility of Kevin Harvick manipulating the race results after wrecking Trevor Bayne during the one and only attempt at a green-white-checkered finish. NASCAR said it did not find any malicious intent and therefore will not issue any penalties.

Hey… why all the outrage? Kevin Harvick didn’t do anything Kyle Busch wouldn’t have done.

As Foghorn Leghorn would say… “That’s a joke, son.”

Hendrick rules. They’re treating the 4 like the 48. Maybe the 4 car is a 48 car, without the spins. Any penalty is a lost cause. It’d be protested and thrown out.

Wow, a shocker I tell ya…a shocker. NOT!

Gee, what a surprise. I’m not even going to bother watching the last ten laps anymore. Anyone who watches this travesty deserves to be locked up for a day in a small room with the Waltrips brothers. I’m done.