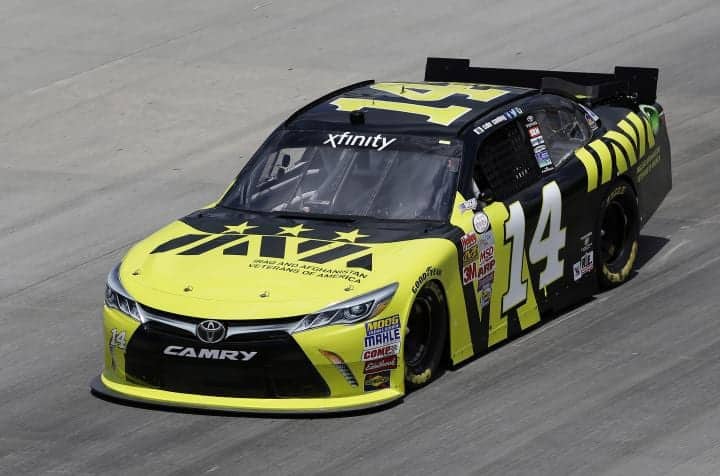 Another young driver will be sidelined due to lack of sponsorship this season: Cale Conley.

Godfather Motorsports reports that Conley, 23, won’t drive the No. 14 TriStar Motorsports Toyota at the final three Xfinity Series races of the season, citing lack of funds.

Iraq & Afghanistan Veterans of America had sponsored the car in 28 of 30 races this season.

“I would like to thank the TriStar Motorsports organization and owner Mark Smith for giving me this opportunity to race at tracks I had not visited in the past,” Conley said. “I am really looking forward to finalizing my 2016 race season plans and I am excited to see everyone at Daytona International Speedway in February.

“I want to thank all of my loyal fans, my family and the support from the members of the Iraq and Afghanistan Veterans of America.”

Conley sits 19th in NXS points this season having run every race run so far. He has scored seven top-20 finishes with a best of 16th at Auto Club and Kentucky.

There’s no word on who will pilot the No. 14 in the remaining races, if anyone. Mike Bliss has driven the car in the past when sponsorship did not materialize for the team.