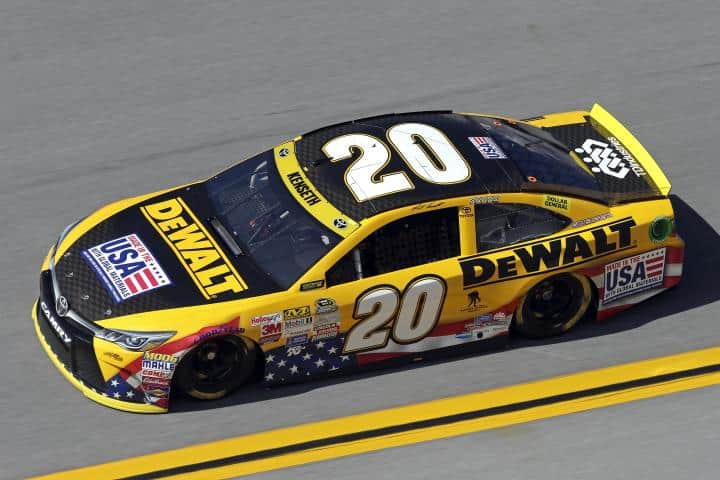 Everyone sort of expected Talladega Superspeedway to shake up the standings but I don’t think anyone expected the dramatic, forced ending that occurred in the final laps of the race. Even after NASCAR announced that it would be reducing the number of green-white-checkered attempts from three to one days before the event Sunday’s ultimate ending at Talladega Superspeedway was unpredictable, to say the least. It wasn’t the first time NASCAR had to return to video footage to determine the winner… and it won’t be the last.

Between the controversy of the GWC “attempts,” whether or not Kevin Harvick “accidentally” saved his Chase chances and the “abuse of quotation marks everywhere” Talladega created about the same type of jumble in our Power Rankings as it did in the Chase standings. With Dale Earnhardt Jr. and Matt Kenseth out of the Chase – among others – where did our writers put them in the rankings? Keep reading to find out.

Only the top 8 matter.
The rest and their sponsors might as well stay home.

Michael Watrip 4 votes?????? YIKES! Who in their right mind…

Is this a new design for a website, or is it still work in progress or whatever? Because it sucks.

They did it again. I hate when web sites change “for the better.” It’s like they think it’s time for a change when it isn’t necessary. Maybe they can get more advertising on the page.

You’re right. This sucks. I hope they don’t listen like Brian.