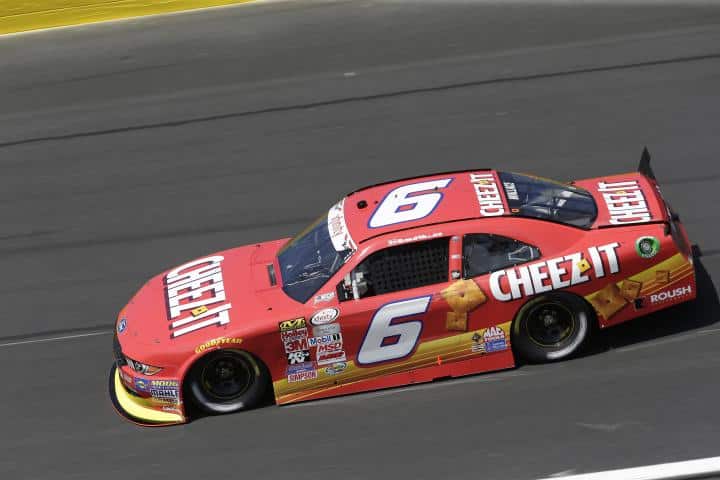 NASCARCasm offered his own preview of Martinsville Speedway this weekend. Will NASCARCasm end up being accurate? Probably not. Watching racecar drivers strap into bumper cars would be very entertaining and priceless!

Well, already moving out…almost 2 weeks. Sucks but not dealing with this… ARE YOU SERIOUS!!!!!!!!!! pic.twitter.com/P8RNxBy19o

Darrell Wallace Jr. found an unwanted guest in his home on Monday afternoon. Wallace shared the find with everyone on his Twitter page and we’re even surprised the building is still standing after this. Finding a huge spider like this would probably end with a fire in our house!

Ran the same car at plate races all season.
Finished 1-3-1-1-2
It deserves some praise for sure. https://t.co/3cUWgqxOWi

It seems Dale Earnhardt Jr. has found a new friend in the 2015 NASCAR Sprint Cup Series season. Earnhardt says the No. 88 Nationwide Insurance team used the same car in all four restrictor-plate races this season. Earnhardt posted the following day that he and the team have named the car Amelia.

Aric Almirola and the entire family got into the Halloween spirit over the weekend at the Talladega Superspeedway. Almirola shared this photo of him, his kids and wife all getting into the fun! This shows that you’re never too old to dress up and go trick-or-treating.

Kevin Harvick and his son Keelan also got into the Halloween spirit over the weekend.

Brad Keselowski needed a driver to pilot the No. 29 Ford F-150 over the weekend at the Talladega Superspeedway. Who did he choose? His older brother Brian Keselowski of course.

Not sure if the Flux Capacitor will pass pre-race inspection. #NASCAR #TheChase https://t.co/CBVon19fZW

Texas Motor Speedway had some fun with Back to the Future Day. The track sent out a press release that Marty McFly will pilot the No. 85 DeLorean DMC-12 in the upcoming AAA 500 weekend at the 1.5-mile oval in November.

We don't have hoverboards, but we do have a Dale Call.#BackToTheFutureDay

Some of the predictions made in the movie Back to the Future were accurate and some things weren’t. One of those predictions not accurate would be the invention of the hoverboard. However, thanks to NASCAR Wonka for bringing it to our attention, we do have Dale Calls.

Jimmie Johnson posted these photos last weekend on his Twitter page. The bottom photo has us intrigued as it appears the cars are racing around a very small oval track into each other. Messing around with numerous photo effects involving racecars seems like a really good idea.