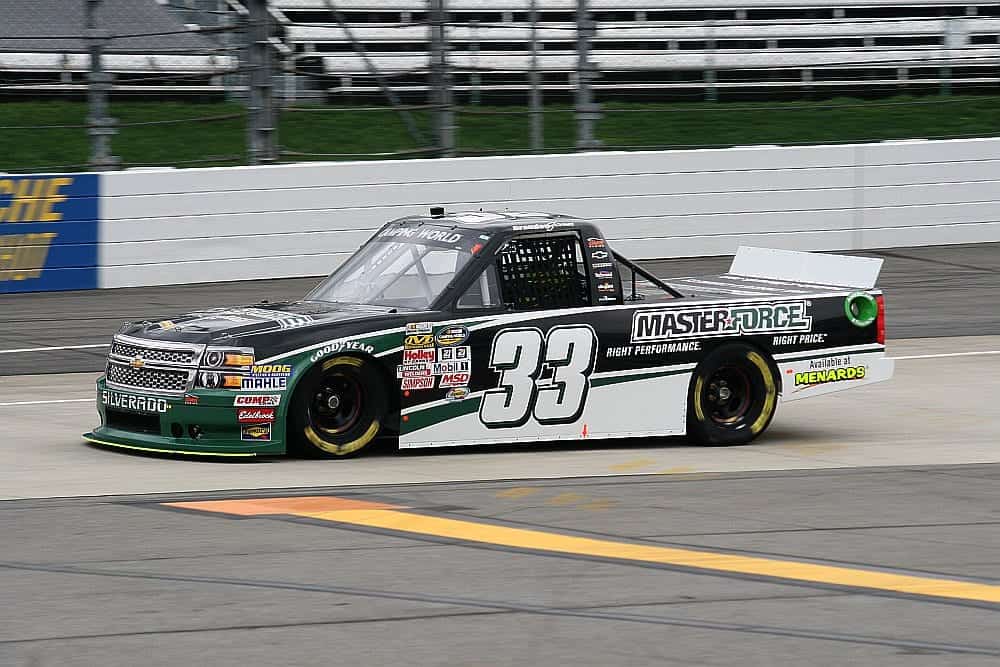 Brandon Jones’s No. 33 team fielded by GMS Racing was hit with a P4 penalty for the infraction. Crew chief Shane Huffman was fined $10,000, suspended for the next three CWTS races and placed on probation for six months.

Jones was docked 25 championship points. He is currently 16th in points, with four top fives and six top 10s despite racing in only 13 of the 19 races this season.

Jones started 13th and led seven laps during the race, his first career restrictor-plate race. His second-place finish tied his career-best in the CWTS, with his other runner up finish coming at Iowa. Following this season, he will move to Richard Childress Racing for a full-time Xfinity Series campaign in 2016.

In five starts for RCR in the second-tier series this season, Jones has one top-five and two top-10 finishes.

GMS Racing Director of Competition Mike Beam made an official statement about the penalty.

“As a standalone team in the NASCAR Camping World Truck Series, we respect NASCAR’s efforts to maintain a level playing field for all teams and competitors,” Beam said. “However, we feel that it is in the best interest of our organization, partners and team personnel to appeal NASCAR’s decision. GMS Racing will have no further public comment until the process is completed.”

As a result, Huffman will be atop the pit box this weekend at Martinsville for Jones. No date has been set as of yet for the appeal to be heard.