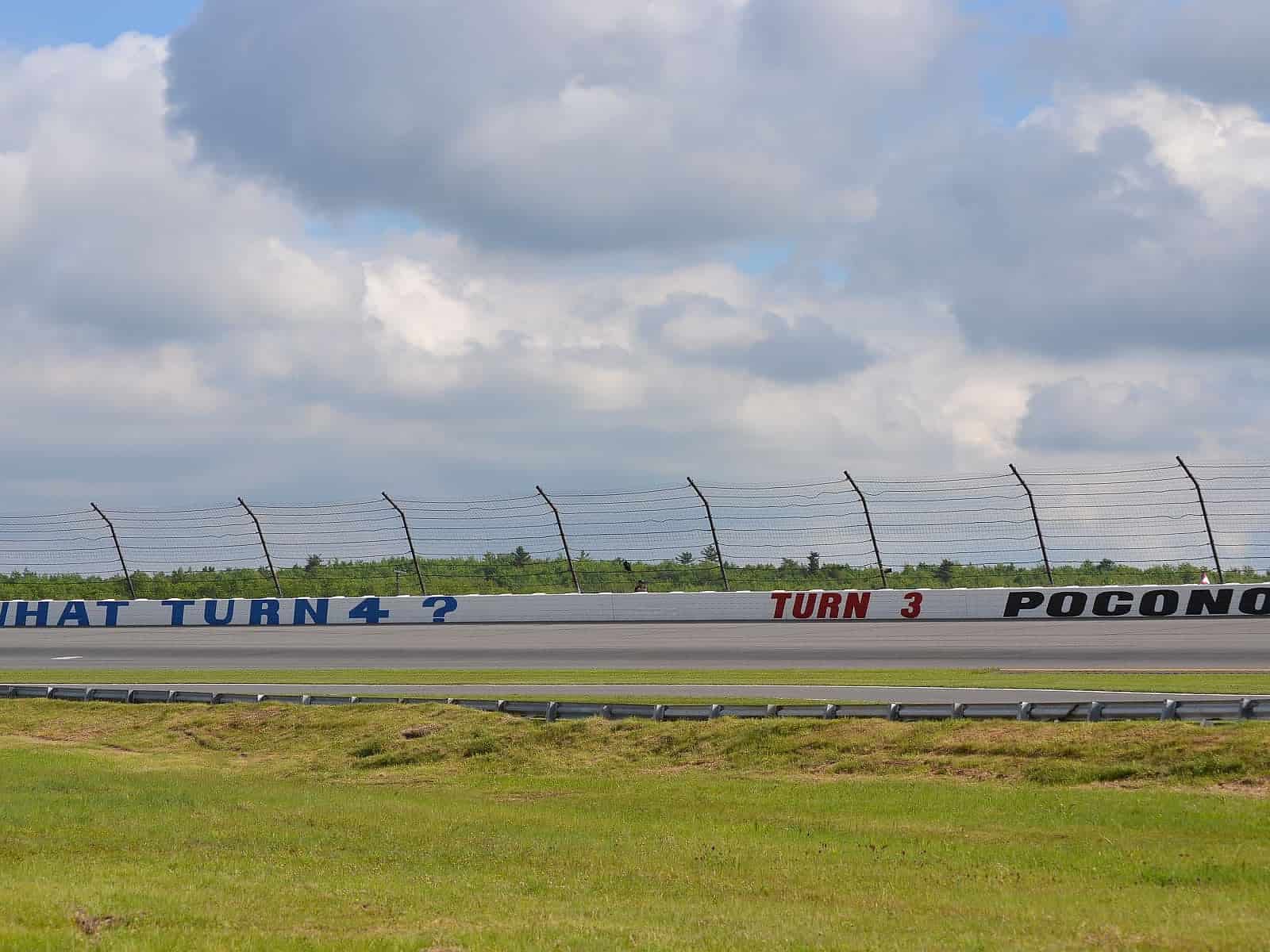 It could have been an opportunity for a change, pleasing fans left and right. Instead, the NASCAR Xfinity Series schedule has been left largely unchanged for 2016, shocking nobody.

Fans have been voicing their displeasure for quite some time about the lack of stand-alone events on the schedule. Let’s face it: Having five whole standalones is not impressive. Indeed, it is disrespectful to the fans, drivers and crews. It provides little character to the series, enabling Cup Series stars to take over – as per usual – by likely winning the majority of the races.

There have been some cases where Cup drivers do enter stand-alones, but on the rare occasion that they do, it usually is a close contest between them and NXS regulars. During the five standalone races in 2015, Chris Buescher and Regan Smith were the only series regulars to enter Victory Lane.

The politics behind adding new facilities to the schedule are immense, with NASCAR executives debating about the safety standards of possible additions, along with the potential of solid competition, a strong crowd and most importantly, fan approval. For 2016, NASCAR has taken away the stand-alone contest at Chicagoland Speedway in June in lieu of a companion race with the Cup Series.

Adding Pocono Raceway to the schedule is considered both a positive and negative move. The positive aspect of this is that the NXS regulars will have a chance to showcase their talents on a large stage, testing their abilities on one of the toughest tracks in NASCAR. It also means that Pocono Raceway – after years of speculation that it would lose one of its two Cup races – is indeed alive and well in the midst of Pennsylvania. However, the negatives outweigh the positives in this case.

“We’re thrilled to bring the NASCAR Xfinity Series to Pocono Raceway,” Brandon Igdalsky, president and CEO of Pocono Raceway, said in a press release. “The fans have been asking for this for several years. Additionally, we look forward to working with everyone at Comcast, which is headquartered 90 miles south of us in Philadelphia.”

With the addition of Pocono, there is one less standalone event on the NXS schedule. As if there were plenty of standalone races, NASCAR took away Chicagoland Speedway, a race that was rather lackluster, but still provided a chance for a fresh face to win a race. Instead, the series heads to a track that is much like Indianapolis – one full of high speeds and a lack of passing depending on the aero package. As of now, NASCAR has not announced an aero package for the NXS in 2016, though it is expected to be similar to the low-downforce package the Cup Series will have.

“I love Pocono,” Ryan Ellis said. “I’ve gotten to drive it a lot in the Truck Series. It’s a driver’s track – a lot better than the mile-and-a-halves that we run. It’s still very dependent on having a good motor and body, but you actually have to drive it and attack it. It should be a lot of fun.”

While the fans may be happy in Igdalsky’s mind – which they might very well be – the majority will still be disappointed in the lack of standalones on the schedule. In case you haven’t seen the racing at Indianapolis – Pocono’s somewhat sister track – it has been abysmal for the NXS. Basically, it has been a snooze fest, and that is putting it lightly.

When Ty Dillon won at Indianapolis in 2014, there was a glimmer of hope for the track’s NXS race. However, 2015’s edition of the event proved that it was one of the greatest disappointments after taking Lucas Oil Raceway off the schedule. The hope with Pocono is that a title contender like Buescher or Dillon will be victorious in its inaugural event in June, proving it was worthwhile to swap the schedule.

While the aero package for the NXS has not been ideal on intermediate tracks and super speedways, which includes a severe lack of passing and an incredible advantage for the leader in clean air, the potential is there in 2016. NASCAR can switch things up with aero changes that can and will equal the competition. As seen time and time again at tracks like Texas and Charlotte, there is little time off the gas pedal, and that is not okay.

So what can be done with the schedule?

Probably nothing. If anything, the magic number will remain at four now. In 2016, the lone standalone races will be the pair of Iowa events, Road America and Mid-Ohio. Yeah, that’s it.

I’ve been watching this sport since 2004. I’m perfectly fine with four standalone events, especially at the tracks that they are at. In the ideal world, there should be about seven – slightly over 20% of the schedule. However, in the world of sports, business moves are key.

NASCAR has to do what it needs to in order to succeed. As NASCAR made it clear with the new five-year agreements with each of the 36 Cup races, it provides stability for tracks to attract sponsors, something that cannot be done on year-to-year deals. In the second-tier division, where sponsorship is harder to sell, keeping the schedule stable is a must. With a stable schedule, the NXS proves to be one of the healthiest in all of motorsports.

Moving forward, we will have to wait and see what 2016 will provide. Besides Pocono, the only major change was moving one of the lackluster Richmond races from Friday night to a Saturday. It’s not the best move, but hey, it shows that NASCAR is trying to accommodate the fans.

Yes, foremost in the mind of every fan and team member should be the ability of tracks to gain title sponsors. I’m comforted to know that the Clone Track 200 can now be re-branded the Yawn 200 Presented by Inevitability in a long-term deal instead of year-by-year. Everyone knows that branding equals better racing, right?

Even though I wish standalone events like Chicagoland were at tracks the Sprint Cup Series doesn’t already go to I would rather have Chicagoland than Pocono because at least at that track you have a rough, worn out surface along with multiple groove that allows for 2-3 wide racing.

Regardless of whether Xfinity goes low downforce or not the racing at Pocono isn’t going to change that much from the Sprint Cup and Truck which most of the time isn’t anywhere near the greatest racing in the world. I’ll give Pocono some credit for being a unique race track that isn’t like any other track I’ve seen that NASCAR makes a visit.

Losing standalone events and having more companion events in both the Truck and Xfinity Series is hurting the two series. They shouldn’t be tagging along with the Sprint Cup Series as much as they do now and there are at least a couple of options that I don’t think NASCAR has considered. As of right now I’ll be surprised if I even enjoy watching next year’s race. This is just my opinion.

“The politics behind adding new facilities to the schedule are immense, with NASCAR executives debating about the safety standards of possible additions, along with the potential of solid competition, a strong crowd and most importantly, fan approval.”

Judging by the last 10-20 years…safety, competition, crowd size, and fan approval are not even criteria to be considered by those in Daytonastan.

Nascar is a business that is owned by the France family. As it is a business the Xfinty series will never go to any new tracks or the old tracks like Hickory and South Boston because ISC/France family needs to own the tracks to get the TV money. Just look at the schedule 20 years ago and next year most of the races got moved to tracks where the Frances get most of the money. I wonder how many people know that the France family owns the concessions at all the ISC tracks, with a company called Ameracrown. So stop writing articles about changing schedules and write what really is happening. It is a business not a sport. On a side not check out articles about Pocono from the eighties, it was the second most competitive track behind talledega. Based on lead changes, see what aero grip does to racing instead of mechanical grip .

“With a stable schedule, the XFINITY Series proves to be one of the healthiest in all of motor sports.”

Say what? The XFINITY series does not come to mind when I think of healthy racing series. It is one of the most boring, bland series on the planet and the lack of fans in the grandstands and watching on tv proves it. Instead of going to big tracks like Pocono, they should be going to smaller tracks and those 2 series should be the companion events.