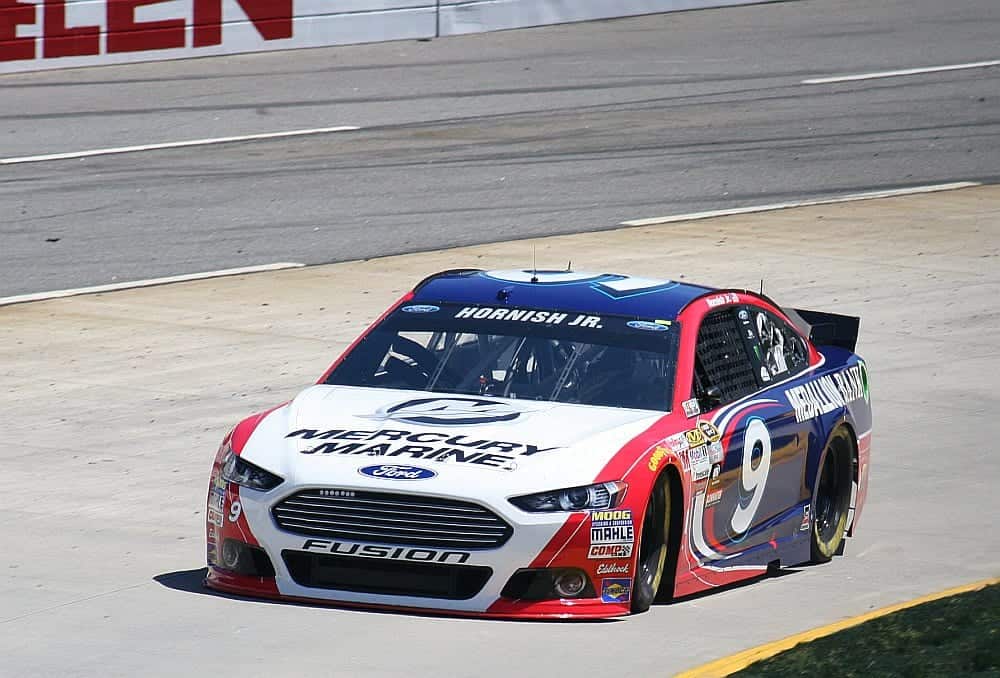 The Chase has been a flawed concept from the get go. That’s not to say that some kind of encouraged late-season drama isn’t welcomed. (Whether it was really needed is still a point for debate.) Any sort of postseason that still has the regular season participants is at best a curious one and at worst one of folly. These points are not new ones, as the vocal detractors of the Chase have let their feelings be known about many of the issues.

The problem is that the Chase is breeding a new sense of racing that, well, doesn’t really feel like racing.

When Clint Bowyer spun at Richmond a few years ago (2013), it brought a number of concerns to the fore. First, could one driver successfully manipulate a race to ensure that a teammate had the overwhelming prospect to succeed? Turns out, sort of. Had Bowyer or the team’s actions been less blatant there’s a good chance everything would have been swept away with little fanfare.

Last season’s race at Phoenix provides another example of the questionable concept of racing. When Ryan Newman coerced Kyle Larson into the wall on the final lap, thus assuring himself a spot at Homestead and eliminating Jeff Gordon, the question arose about what racing is supposed to be. Should Newman be able to make a clean pass to show his skill? Or is the proverbial chrome horn still supposed to be a welcomed aspect in NASCAR?

There are no simple answers.

What NASCAR has wrought is a system that not only breeds a sense of hierarchy, as if there wasn’t one already, between who matters and who doesn’t on the track, while creating a strange sandbox for everyone to play in. That NASCAR acts like a referee who not only has poor eyesight but also suffers from occasional loss of hearing complicates the fact as there rarely seems to be consistency in the calls.

Kevin Harvick did what he needed to do and NASCAR swallowed the whistle. No flag, no foul, nothing to see here. And so things continue.

Happiness Is… Paperclip. Usually paperclips are those things used when you can’t find a stapler or a binder clip. They do just enough to hold things together but are often forgotten or ignored. This weekend, however, the paperclip is king as the Cup series visits Martinsville. Now that the silly shenanigans of Talladega are but dissipating exhaust, we can all return to enjoying some actual racing. The contrast between the two can not be more stark.

Gordon’s not-so-special season somehow continues, which in many ways is amazing. He’s been outperformed by Jimmie Johnson and Dale Earnhardt Jr. but he’s the one still representing the Hendrick camp with four races left. And he has to be rather excited visiting one of his best tracks. That feel-good story aside, visiting cues up the final eight drivers, and the field is not what could have been expected, as Kyle Busch has usually dropped out by now and it feels like ages since his brother, Kurt, was still even around this late in the season. In fact, it looks like the story is who isn’t still alive for the championship versus who is.

Happiness Is… Scheduling. Meeting here. Doctor appointment there. Errand to run. Just making a schedule can be a time consuming thing, while also acting as an evil reminder letting you know that you time has already been stolen. And then all it takes is a flat tire or some other inconvenience and everything gets out of whack. Hm, think rain delay in Georgia in February? NASCAR announced their predominantly unchanged schedule for 2016 and now everyone can get excited. Or something like that. Still not sure what they were thinking by shafting Atlanta Motor Speedway with such a terrible date, but asking some questions of NASCAR is like running a washing machine with no clothes in it – pointless and a waste of energy.

Where NASCAR faltered, however, IndyCar picked up the slack by making theirs a bit more interesting. Aaron Bearden offered some thoughts here, but the key is that the series will be returning to Phoenix and Road America. That IndyCar had not been racing at either of those tracks the last few years is part of the absurdity of motorsports and now appears rectified.  Pocono had been a track that may have been cut but also managed to stick around. The only problem with the schedule is that there’s only 16 races, compared to NASCAR’s bloated 114 or 36, or whatever. Maybe Indy could borrow a couple – but no matter, the mix of tracks and the slightly longer season is something to be welcomed.

Happiness Is… Surprises. Sports are a fascinating thing. Every time a new rule is enacted there is undeniably someone or some team that figures out a loophole. To this point, it sure seems like sports are looking more and more like the court systems and their various interpretations of the law than they do interesting entertainment enterprises of competition. Has the NFL figured out what a catch is this season or are they doing everything to make it one of the most complicated rules ever adjudicated?

NASCAR has been flirting with this one as they attempt to figure out just exactly what a restart is. No mind that they changed the restart zone for the Chase in an attempt to make things more interesting, but they’re still left to analyze and assert that the restarts are good. (Side note: what exactly is the flag person for then? So the people in back no the race has re-begun?) The penultimate restart at Talladega showed that no matter how one can anticipate things to go, there’s always something new to be seen. That Harvick found the loophole on the final start just makes the ending a twofer – whether you liked it or not, that ending was interesting, bizarre, and fascinating. Criticize away, but those combined elements kept a lot of people talking about the sport.

but most of them aren’t saying anything good about NASCAR.

Martinsville has been one of our favorite tracks. Small so you can see all the action and before the chase, it was even better. Of course NASCAR decided to add double-file restarts to make the “action” better has caused a lot of chaos at the track. Now the drivers jockey for position after pit stops to be an odd number because restarting on the outside is such a disadvantage.

I’m convinced the people running NASCAR are great snake oil salesman. BZF has managed to sell the tv people on a product that is marginal these days and they paid top dollar for it. Good for him, terrible for the fans because that means the tv people bang the chase/playoffs (what are they calling it now?) over the weekly race over and over. It is tedious and doesn’t improve the racing or the fans interest in watching. They are all excited about the ratings for Talladega being “high”. Wowee, yeah a 2.6 is high for NBCSN – an obscure channel at best but still lousy for NASCAR.

And no, it doesn’t appear that the NFL has figured out how to define a “catch” this season? Gee it used to be pretty simple. They’ve overcomplicated something that didn’t need to be — sound familiar? Hopefully the NFL will figure it out — at least the people broadcasting the NFL feel free to call the NFL out on it unlike in NASCAR tv land where everyone pretends “all is well, all is well”.

Most of the people tuning in to Talladega were watching for the train wreck affect. You just couldn’t look away from the potential Big One given what is at stake and how Nascar was going to do their best to get their cash cow into the next round. They didn’t tune in for the racing, that’s for sure, but Nascar doesn’t care too much about that anymore. Doesn’t surprise me that they are jumping for joy about any ratings increase though

Maybe thats all the goal is, to keep people talking about Nascar instead of the NFL.