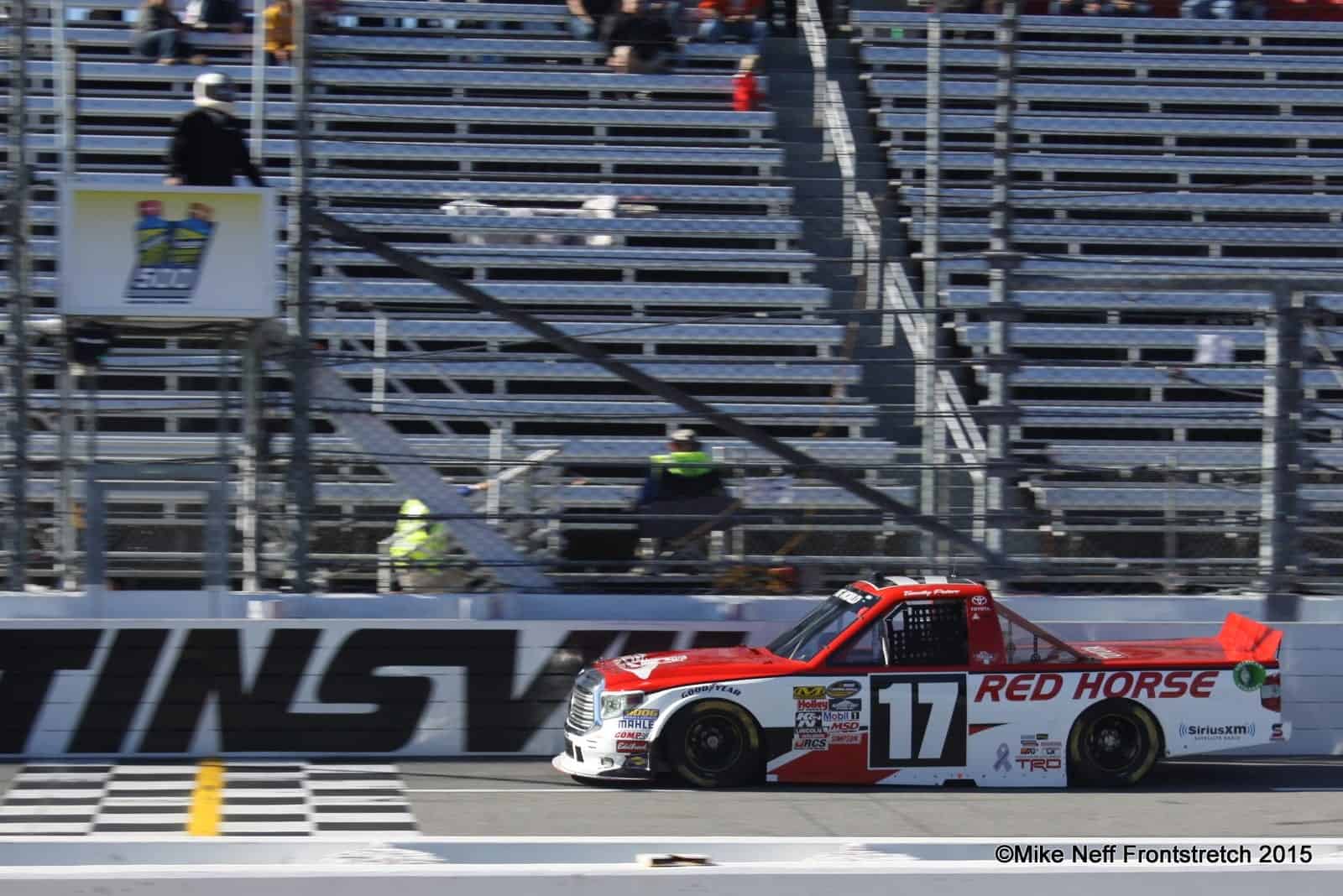 Timothy Peters backed up his quick time from the first practice with a late session run of a lap at 96.083 mph in 19.708 seconds. Cameron Hayley, who was third quick in the first practice was the second fastest in the final session. Hayley’s lap took 19.712 seconds that translated to a speed of 96.063 mph. Tyler Young made a large jump in time in the final practice session and ended up third quick with a 19.838-second lap. Daniel Suarez, fresh off the announcement that he’ll be competing in the Truck Series for part of next season for Kyle Busch Motorsports, was fourth fast with a lap of 19.866 seconds. Rounding out the top five was Cole Custer, who turned a lap of 95.285 mph.

The best 10-lap average in the final practice belonged to Johnny Sauter. The No. 98 driver laid down 10 consecutive laps at an average speed of 93.960 mph. Matt Crafton, after being second quick in the first practice was second quick in the 10-lap average with a speed of 93.702 mph. Erik Jones rounded out the top three in average with a 93.377 mph 10-lap run.

Qualifying will take place Saturday at 10:15 a.m. followed by the race at 1:30 p.m. It can be seen on FOX Sports 1 and heard on SiriusXM NASCAR Channel 90 or local MRN affiliates.