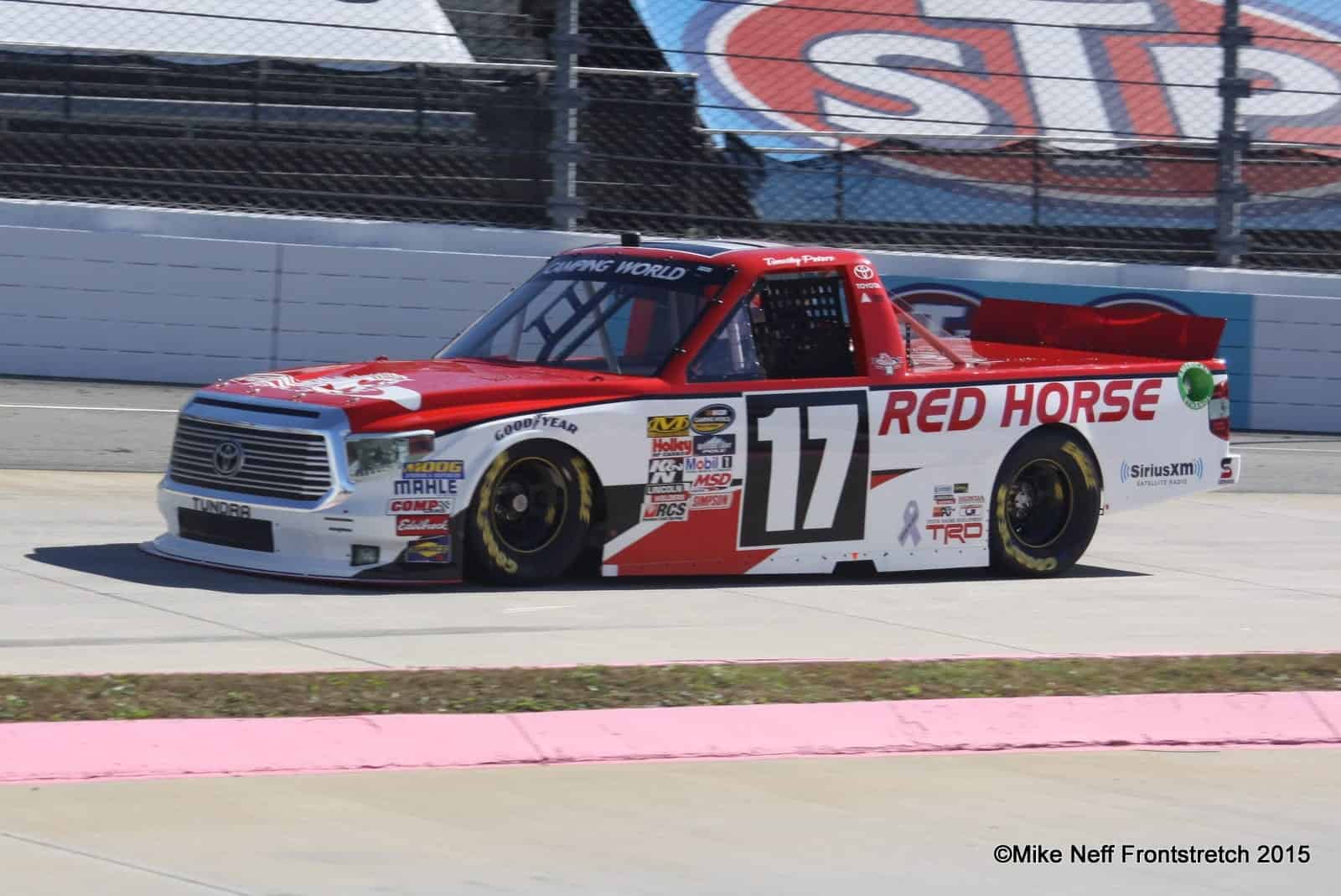 Timothy Peters picked up where he left off at Martinsville Speedway on Friday.

Peters, fresh off of his victory at Talladega Superspeedway last weekend, led the Camping World Truck Series’ first practice at Martinsville with a 96.020-mph lap in 19.721 seconds, besting Matt Crafton by half a tenth of a second. Crafton’s lap took 19.776 seconds and translated to a speed of 95.752 mph.

Cameron Hayley followed in another Thorsport Toyota, as the rookie laid down a 19.805-second lap at a speed of 95.612 mph. Meanwhile, Spencer Gallagher was the fastest Chevrolet with a 95.218-mph lap that lasted 19.887 seconds.