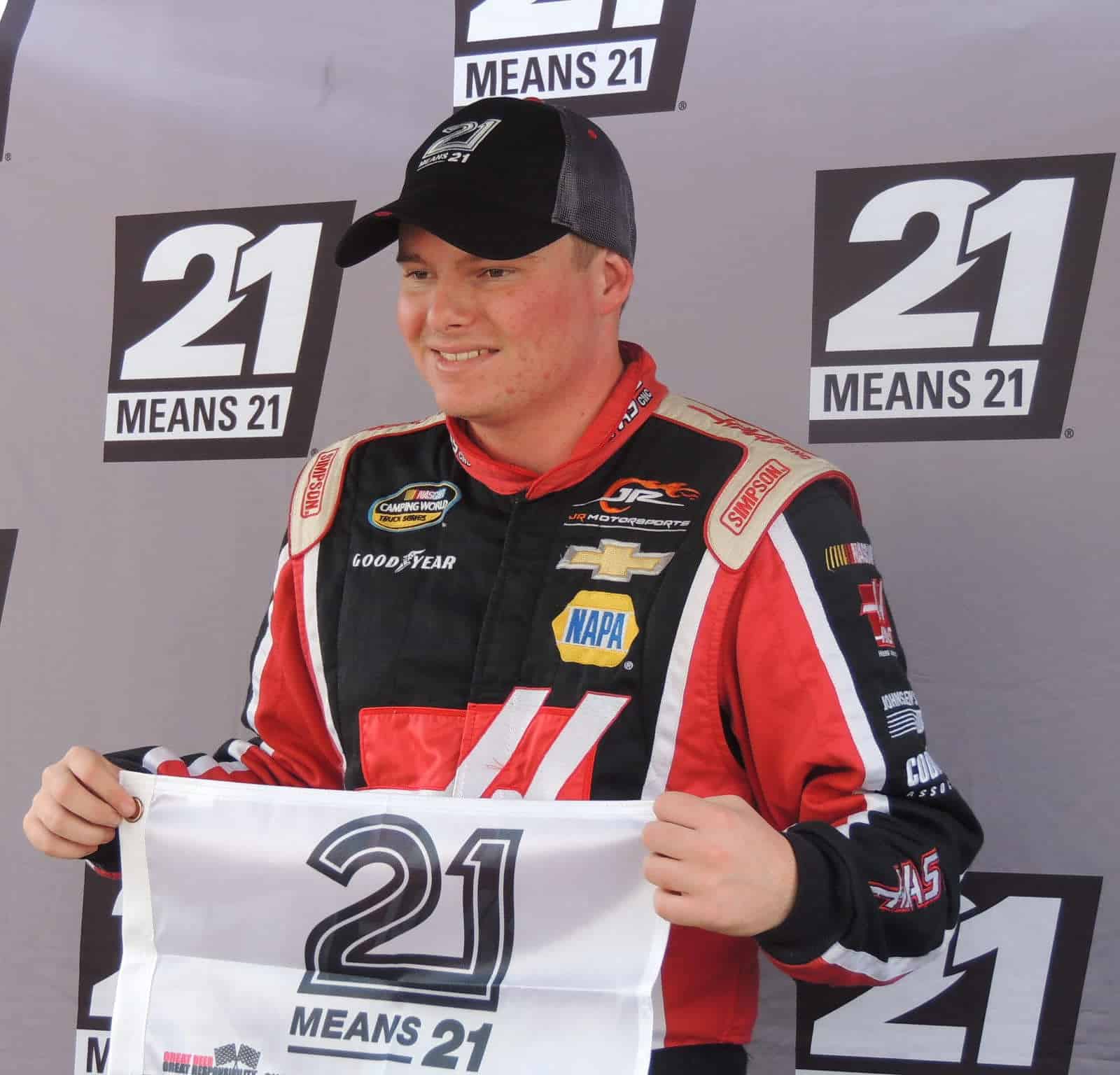 Looks like the young drivers are already on a sugar rush; it is Halloween, after all.

At a lap of 19.530 seconds (96.959 mph) Cole Custer won the pole for Saturday’s Kroger 200 at Martinsville Speedway. It is the third pole of his Camping World Truck Series career and first of 2015.

In March at Martinsville, Custer qualified second and battled for the victory in the late stages before getting spun by Matt Crafton.

Point leader Erik Jones lines up eighth in what will be a return race to the track he made his series debut in 2013. He has an 18-point advantage over Reddick with four races remaining.

Championship contender Crafton surprisingly disappointed in qualifying, missing out on the final round and starting 13th.

Austin Cindric will line up behind Crafton in 14th in his series debut for Brad Keselowski Racing.

Qualifying has proved to be crucial in 2015 as 13 of 19 winners have come from the front-row starters.