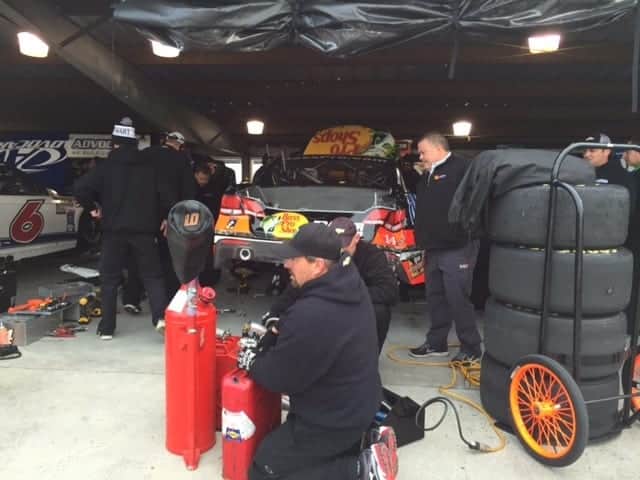 Dale Earnhardt Jr. may be down after being eliminated from the Chase last week at Talladega, but he’s not out as he guns for a repeat win in the Goody’s Headache Relief Shot 500. Earnhardt, Jr. turned the fastest lap in the morning practice session at Martinsville Speedway with a speed of 96.998 mph. Martin Truex Jr. was the fastest of the remaining Chase drivers in second with a speed of 96.879. Ryan Newman, polesitter Joey Logano and Denny Hamlin also posted top-five times in the chilly session.

Stewart will go to his backup car after a late crash during the session. Kurt Busch and Jeb Burton also had some damage to their cars during the practice.