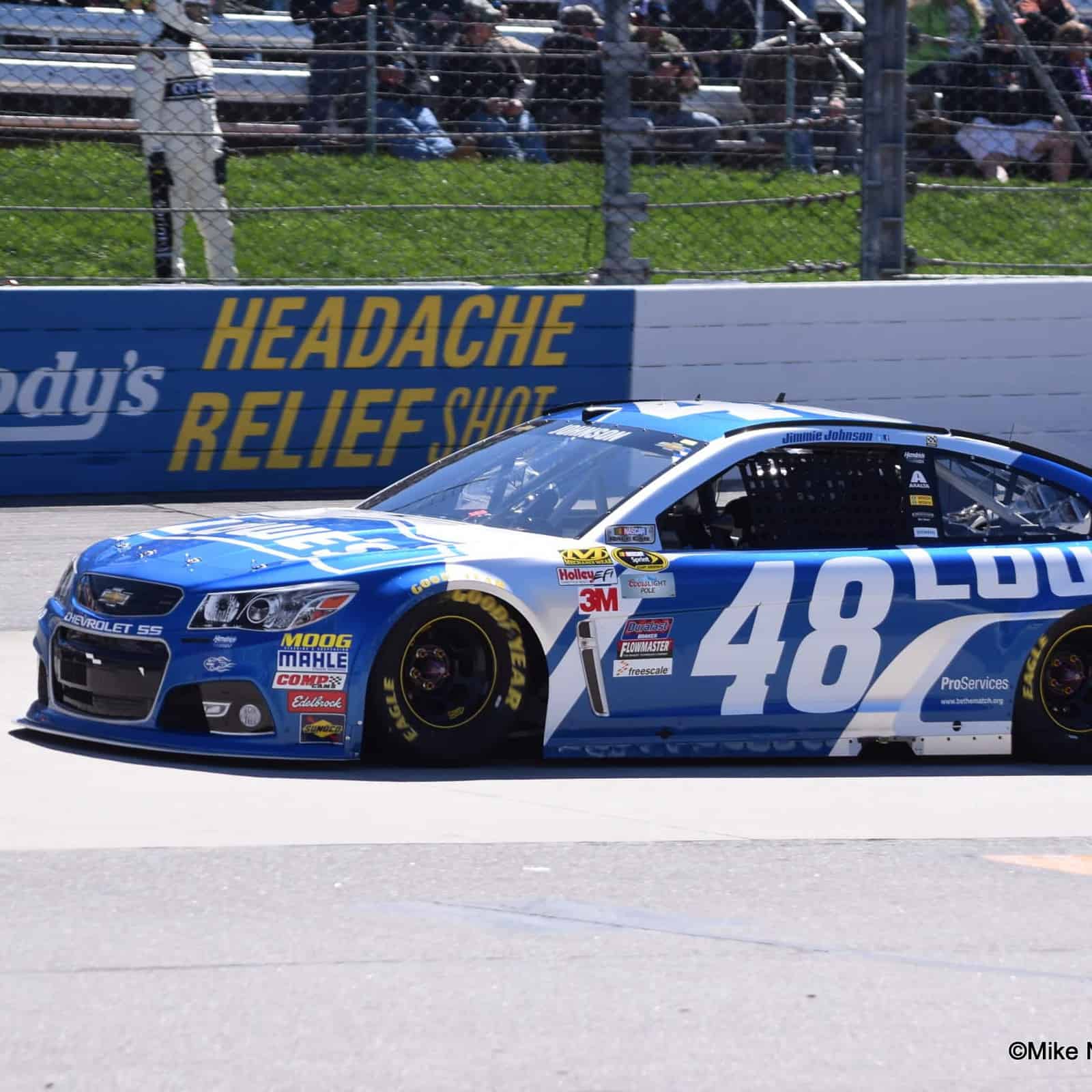 Johnson, who is tied among active drivers for the most Martinsville wins with eight, posted the fastest speed in the final practice session of the weekend, under what will be the closest weather conditions to tomorrow’s Goody’s Headache Relief Shot 500. Johnson’s lap of 97.108 mph was good enough for the top spot over Kevin Harvick, who posted a speed of 96.721. Also posting top-five speeds were Brad Keselowski, Paul Menard and Dale Earnhardt Jr. Earnhardt was fastest in the morning session.

Tony Stewart posted a 16th-place time in his backup car after a crash in the morning practice. Kasey Kahne, also in a backup after a qualifying crash, was 23rd.