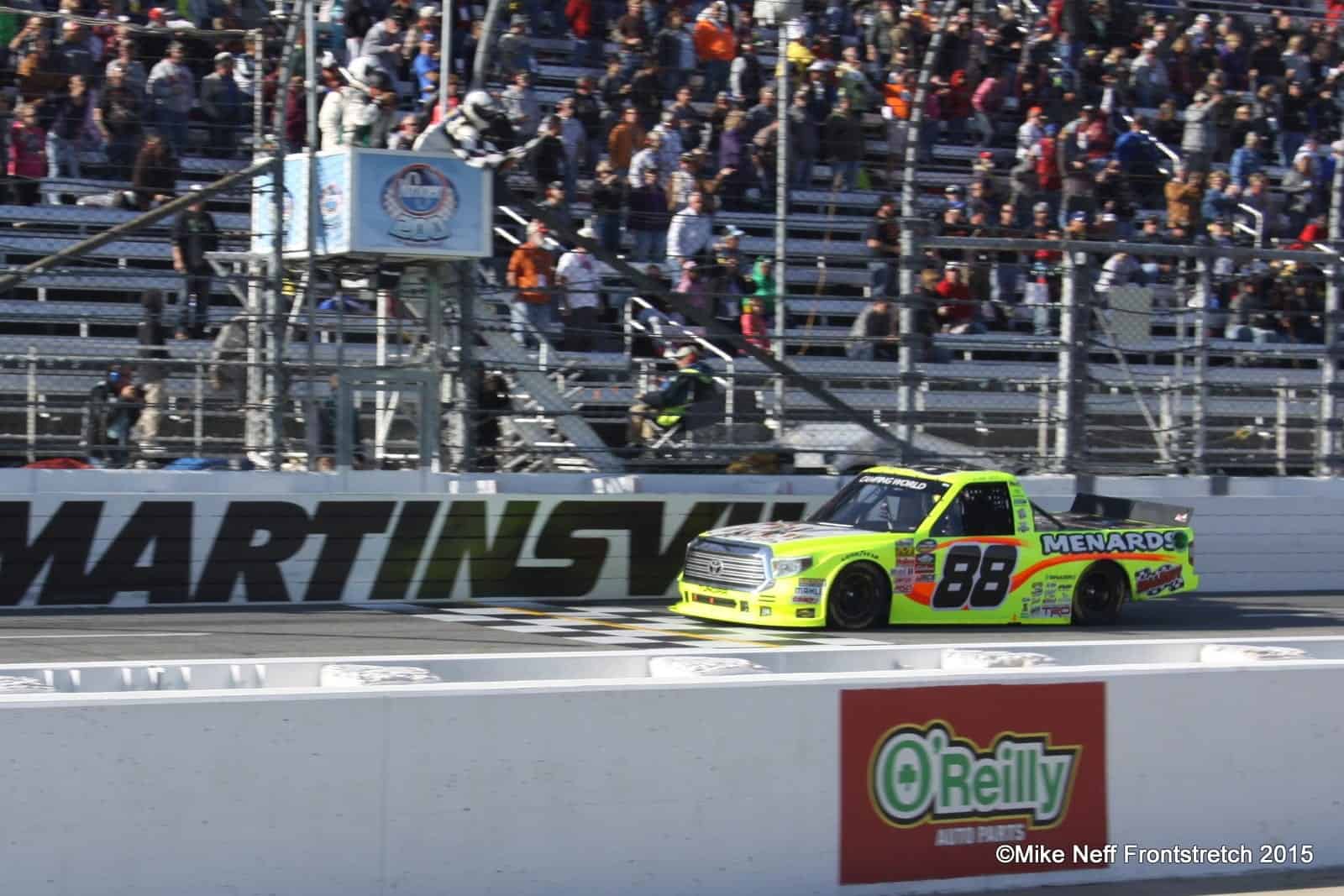 Matt Crafton spent much of his career running strong and finishing well but remaining unable to capture wins in the Camping World Truck Series. Over the last couple of years, that has all changed.

On Saturday afternoon, Crafton set a personal best with his fifth victory of the season in the Truck Series. He led the final 63 laps to secure his second career triumph at the half-mile Martinsville Speedway. Crafton closed to within 10 points of series points leader Erik Jones, who finished the race in the 10th position.

The race saw six lead changes among four drivers along with 12 cautions for a total of 69 laps. Timothy Peters brought out the first caution on lap 8 with a solo spin in turn 4. He was involved in two other spins during the day before coming home in the sixth position. The race went green from lap 11 through lap 35 before the second caution of the race for a spin by Brandon Hightower.

A three-car melee on lap 63 brought out the third caution, which quickly led to two more before another long stretch of green-flag racing from lap 90 through lap 122. Seven cautions flew from lap 122 through lap 198. The race restarted for a final time with two to go as Crafton cruised to the victory.

Crafton has 10 career victories in the Truck Series in 358 starts. The 39-year-old driver is tied with Bobby Hamilton and Johnny Sauter for 13th on the all-time wins list in the series. Nemechek’s runner-up was the first second-place run of his career. He was the highest-finishing rookie in the race.