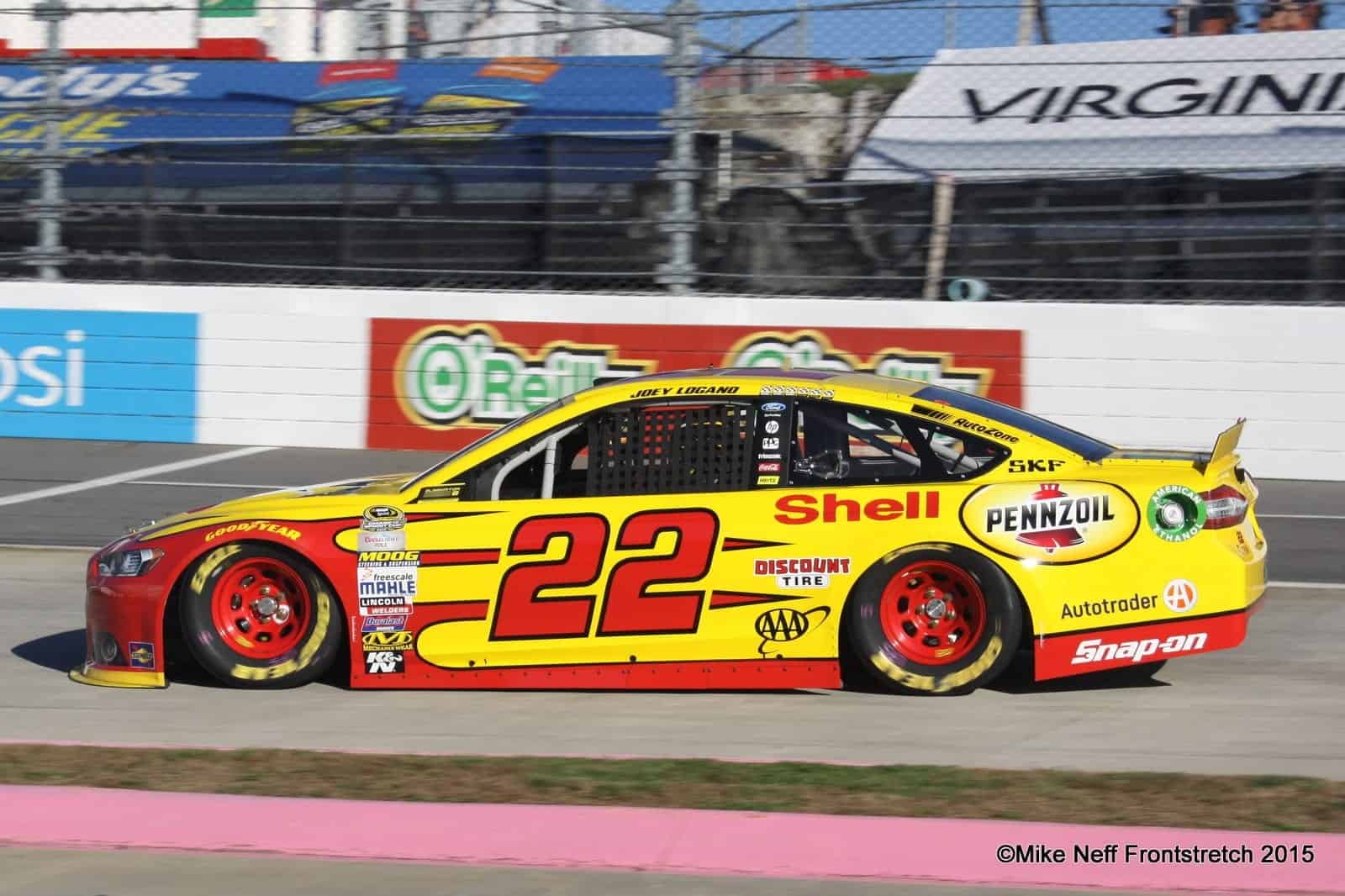 The drivers roll into Martinsville Speedway this week for the Goody’s Headache Relief Shot 500. That is 500 laps of this half-mile paperclip-shaped track, which means 250 lap leader fantasy points available in NASCAR Fantasy Live. The laps led points are what we need to focus on this week, and they will be the largest determining factor in this week’s fantasy team success

Looking at past races, taking the polesitter at Martinsville is pretty much a requirement. This week, that means Joey Logano has to be on the team, and if you believe in momentum you would probably want him on your team regardless. The number one pit stall is a huge advantage at Martinsville and should pretty much guarantee a minimum of 50 laps led. I am a little hesitant to pick a high value driver starting in the middle of the pack, but looking at past races someone from the middle of the pack usually leads a bunch of laps using an opposite pit strategy and I think I may know just the racer to use that strategy this week. Enough with the chit chat, check out the picks below.

Logano is on a roll, there is no question about that. He will start on the pole this week after winning three races in a row. Could this week be his fourth? Looking at the practice speeds, I expect Logano will certainly be a factor throughout the race, and with that first pit stall he should lead tons of laps.

Earnhardt Jr. starts 22nd and that makes me a little nervous. However, he has what appears to be one of the fastest cars based on practice speeds, and I am betting that Greg Ives will call an aggressive pit strategy to help him get to the front. Earnhardt Jr. is the defending race winner, and I don’t doubt that there could be another grandfather clock bonging in his future.

Johnson starts 21st and again that makes me nervous. But in the final practice it looked like this team hit on something and was fastest over both a single lap and a 10-lap run by quite a bit. When you combine that with what he has done here in the past I like the way the weekend could shape up for the No. 48. If you feel a little less risk averse I would substitute the No. 4 car here.

Ragan runs well here at Martinsville and he looked pretty good in the practices. He starts 28th, and I think a top 15 is within his grasp this week. In the previous two races here Ragan has run 10th and fifth, and if he can make it up to the top 10 this week that would be a real win for us as a fantasy pick.

I liked the way Preece looked in the practices over a longer run. I think he will move up through the field and wouldn’t be surprised to see him in the high 20s by the end of the race. For a back of the pack cheaper driver that is just about all you can ask for.

It’s hard to vote against him at this point in time.