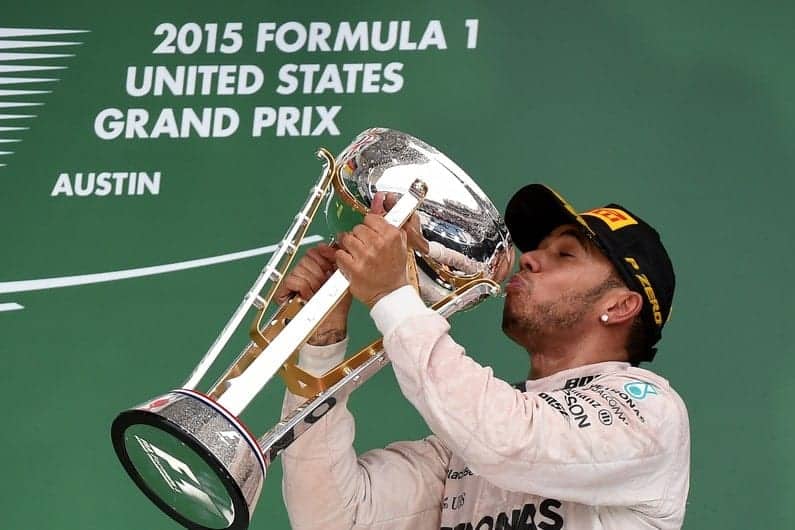 Just three races remain on the 2016 schedule, but this week is a surprising challenge as the Mexican Grand Prix returns after a 23-year absence. It is the second time that the Mexican version of the race has rejoined the calendar after a long absence, and it seems like one that is long overdue. The country offers one of the most rabid fanbases in the world, willing to soak up and cheer for almost any big-name event.

Those fans are expected to return en masse and have reason to cheer as one of their countrymen, Sergio Perez, should be likely to finish in the points. The event should have a festival-like atmosphere, which is always a welcomed thing to see and adds to the excitement.

The funny thing, however, is that this race and the two following it, are somewhat like afterthoughts or codas. Mercedes earned the constructors’ championship two races ago in Russia, and Lewis Hamilton engraved his name as champion for a third time at Texas. That makes this a race where there is little on the line for many of the competitors from an overall perspective. Though the crowds will serve to fete Hamilton of his championship.

That circumstance might just make this race one of the more interesting ones of the season. Will any team be willing to take a risk that otherwise would be scrapped? Might the bumpy track at Autodromo Hermanos Rodriguez provide a unique challenge that doesn’t suit some of the cars that function best on the silky smooth surfaces?

After two practices, there is a mix of teams represented at the front as drivers struggled with the grip at the track. That the first one happened in damp conditions compounded the struggle, while the second in drier conditions confirmed who is likely to remain at the front through practice three and qualifying.

The most striking presence is Red Bull near the front. The team that still can’t decide whether it wants to remain in the sport is showing surprising speed – especially considering their tumultuous relationship with their engine supplier, Renault. A strong showing may be just the salve the two parties need as the offseason nears. Renault may be putting out a stronger powerplant ahead of their own potential team ownership next year.

Success for Red Bull, however, may go a long way in restoring some faith between the two in a relationship that has turned into an awkward mess. While Red Bull has not announced who will be supplying their engines next season, Renault is looking more and more likely to be again in that role. In conjunction, any success between the pairing in the remaining races may be just the thing that keeps Red Bull around.

Of course, to muddy things, there are now rumors that Honda may be willing to supply engines to Red Bull – a move which the Japanese company had previously declined.

Built in 1962 in a park, the circuit is one that has seen a number of changes over the years. The most prominent is alterations to the nearly 180 degree Peralta turn, where Ricardo Rodriguez died in an accident in the first year. Its high altitude makes things difficult both for the mechanical setups and for the drivers as well. The track layout features 17 turns and is just over 2.6 miles in length. Jim Clark leads all drivers with three victories, while no current driver (obviously) has raced there in Formula 1.

The news out of Manor was at once both startling and devastating. Conspiracy theorists are putting forward the rumor that Red Bull may buy the team to gain access to the Mercedes engines which they wanted all along.
Regardless, lets hope that the team, which is one of the most popular on the grid, will recover and move forward to fulfill the potential that is fiinally almost within their grasp.

Russ this isn’t the first time you’ve characterized Manor as most popular. I don’t follow close enough to know if that’s real or sarcasm. I do know they are in the top ten most popular. Huston I kind of cringe reading that this race may be an afterthought with the championship already decided. I understand it but don’t say it too loud or we may end up with a BZF type solution. They already tried the double point crap last year. A long shot but, Go Sergio… the fan craze that happens when a countryman wins a Grand Prix is awesome. I was working in Brazil about 1991 and went to the F1 race and after it rained, Senna took the lead and won. People went nuts storming onto the track even before all the cars got back to the checkered. On a side note Michael Andretti wrecked in the first corner of the first lap.