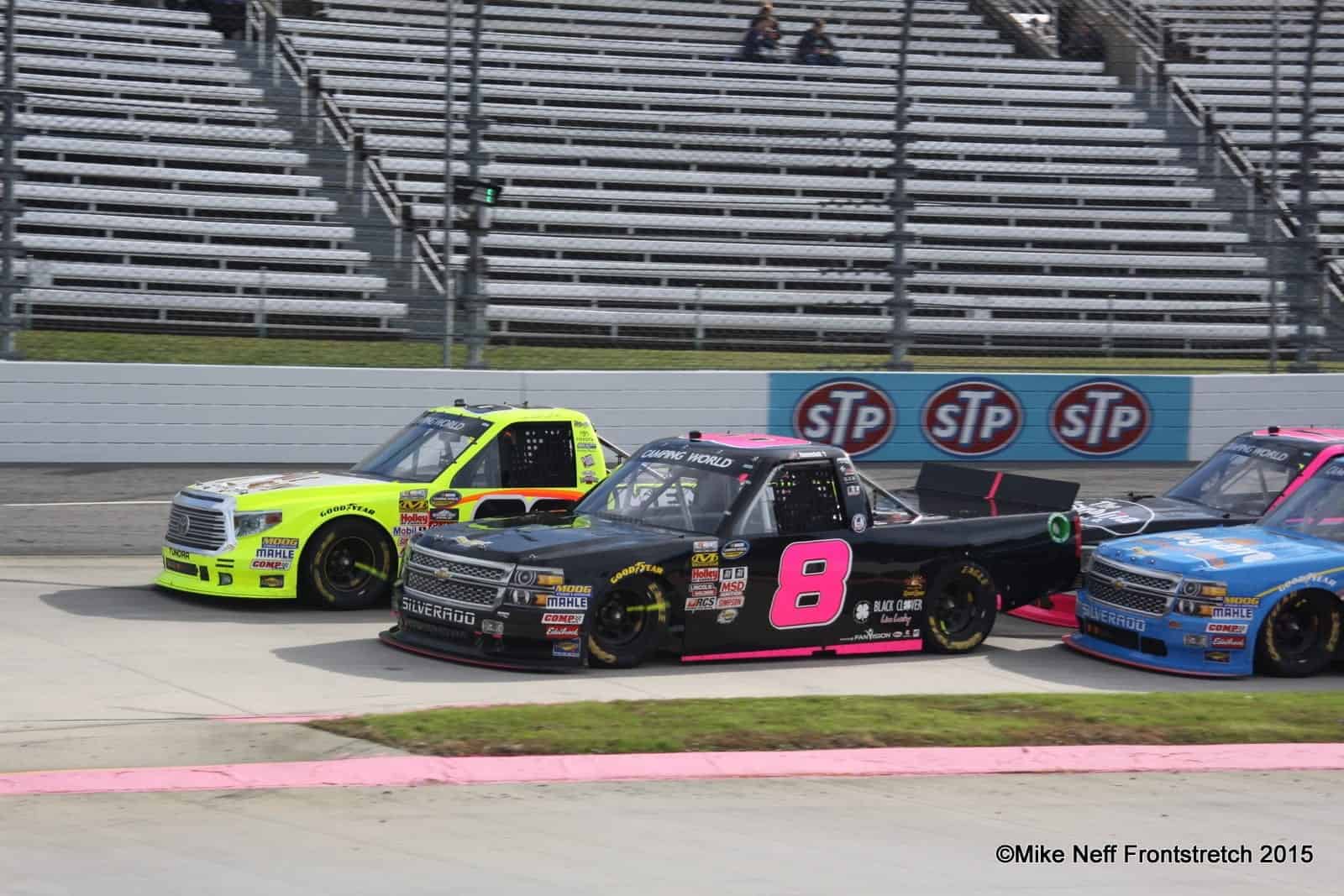 Will there be fireworks in Phoenix after a Camping World Truck Series race in Martinsville that featured 12 cautions in 200 laps? Generally, with a couple of weeks to think things over, cooler heads prevail, but there’s potential for payback after an on-track exchange of paint and a post-race exchange of barbs between runner-up John Hunter Nemechek and third-place finisher Cameron Hayley. Hayley and Nemechek raced hard for position for most of the race.

Contact started when Hayley got into Nemechek on a lap 137 restart. Nemechek was able to save it, but it allowed Crafton to make what would be the winning pass. Hayley, who ran second to Crafton for most of the final 63 laps, was shuffled to third in the closing laps by Nemechek. The two drivers are among the Rookie of the Year contenders.

Hayley vowed payback for Nemechek at Phoenix in two weeks.

“John Hunter’s got it coming to him here later in Phoenix. There’s no reason why he should just drive into someone that hard,” Hayley said. “I mean, when he came from two car-lengths back and drive in and use somebody else for a brake; I understand it’s short-track racing, but at some point, it goes from short-track racing to just rough driving and that’s what he did.  But he’s coming back to Phoenix, and we’re going to be there and we’re not going to be so nice.”

Nemechek responded by saying that he’d simply given Hayley a taste of the medicine he’d dished out on the earlier restart.

“It’s part of racing,” Nemechek said. “It’s good, hard racing and good, hard battling. Earlier in the race, he moved me, so he had one coming.”

The trucks return to action next week at Texas Motor Speedway for a Friday night showdown under the lights.