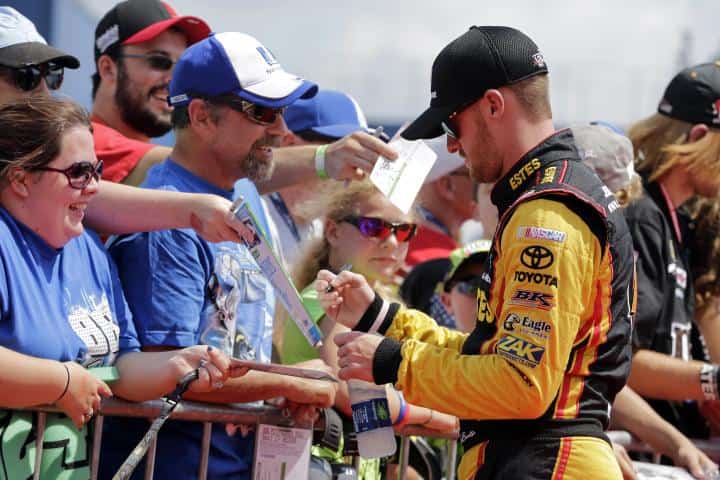 With 17-year-old Cole Custer unable to compete at Texas Motor Speedway due to age restrictions, JR Motorsports will turn to a former winner at the track to drive their No. 00 Haas Automation Chevrolet.

The event will be Burton’s first NASCAR Camping World Truck Series start since competing full-time in the series in 2014. Burton’s lone win in 49 series starts came at the 1.5-mile Texas oval in 2013.

“To tell you the truth, this is a dream come true. To run at Texas where I’ve won is very exciting, and to be in the No. 00 truck for JR Motorsports, it’s always really fast,” said Burton in a release. “Cole [Custer] and everyone who gets in it does a really good job. I’m pumped up for getting the opportunity to be in the truck and I appreciate Dale [Earnhardt Jr.], Kelley [Earnhardt Miller] and LW [Miller], as well as Gene Haas for letting me drive.”

Burton, who currently competes full-time in the Sprint Cup Series with BK Racing, will become the sixth driver to run the No. 00 Chevy in 2015, joining Custer, Alex Bowman, Kevin Harvick, Kasey Kahne and Kyle Larson. In 13 starts this season, the No. 00 team has accumulated four top-five finishes, seven top-10 finishes, two poles and two victories, with Kahne earning the team’s first victory in a photo-finish at Charlotte Motor Speedway and Custer earning his second-career win at Gateway Motorsports Park.

Custer, JRM’s primary driver, will return to the No. 00 at Phoenix International Raceway on Nov. 13 to wrap up JRM’s first season of NCWTS competition.

Great! Another chance for him to bring out a caution near the end of the “race.”