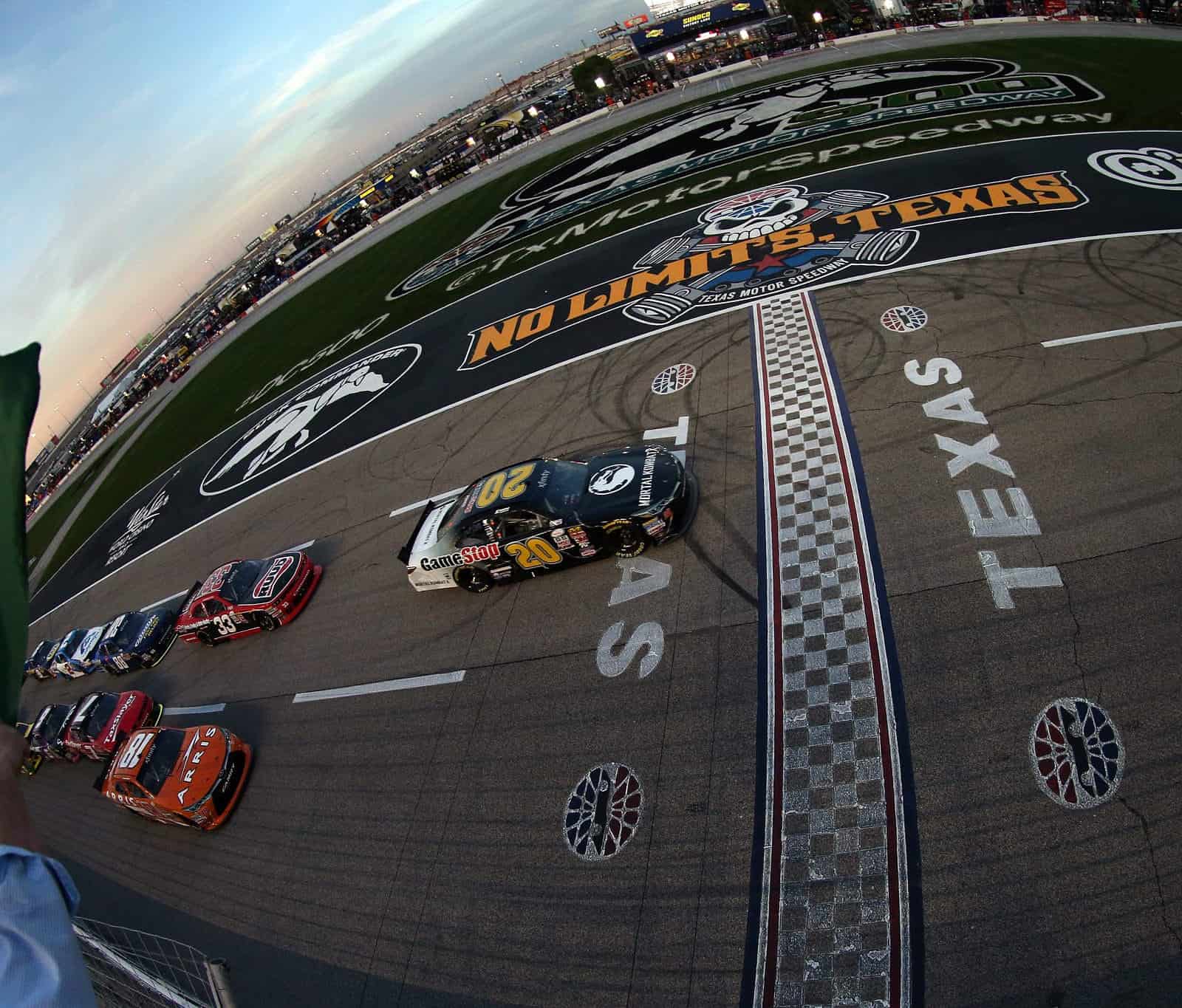 After their final off-week of the 2015 season the NASCAR Xfinity Series returns to action this weekend at Texas Motor Speedway. NASCAR released the preliminary entry list for the Nov. 7 O’Reilly Auto Parts Challenge. There’s a total of 40 entrants, meaning every team will make Saturday’s race.

Outside of the Cup stars, a few other part-time competitors will run in the race. Erik Jones will drive the No. 20 for Joe Gibbs Racing, further preparing for his full-time schedule in NXS come 2016. Mason Mingus and Ryan Truex will drive the No. 97 and No. 98, respectively while Derek White (No. 13) and Ray Black Jr. (No. 15) will also compete for smaller teams.

The No. 14 Toyota owned by TriStar Motorsports is entered in the event with Mike Bliss. Cale Conley, former driver of the machine, recently announced that he doesn’t have funding to run any more races in 2015.

The NXS will return to the 1.5-mile Texas oval on Friday, Nov. 6, for a lone practice session at 2 p.m. ET. The field will then return on Saturday at 12:15 p.m. ET for Coors Light Pole Qualifying. Coverage for the O’Reilly Auto Parts Challenge will begin at 3:30 p.m. ET on NBC and MRN.