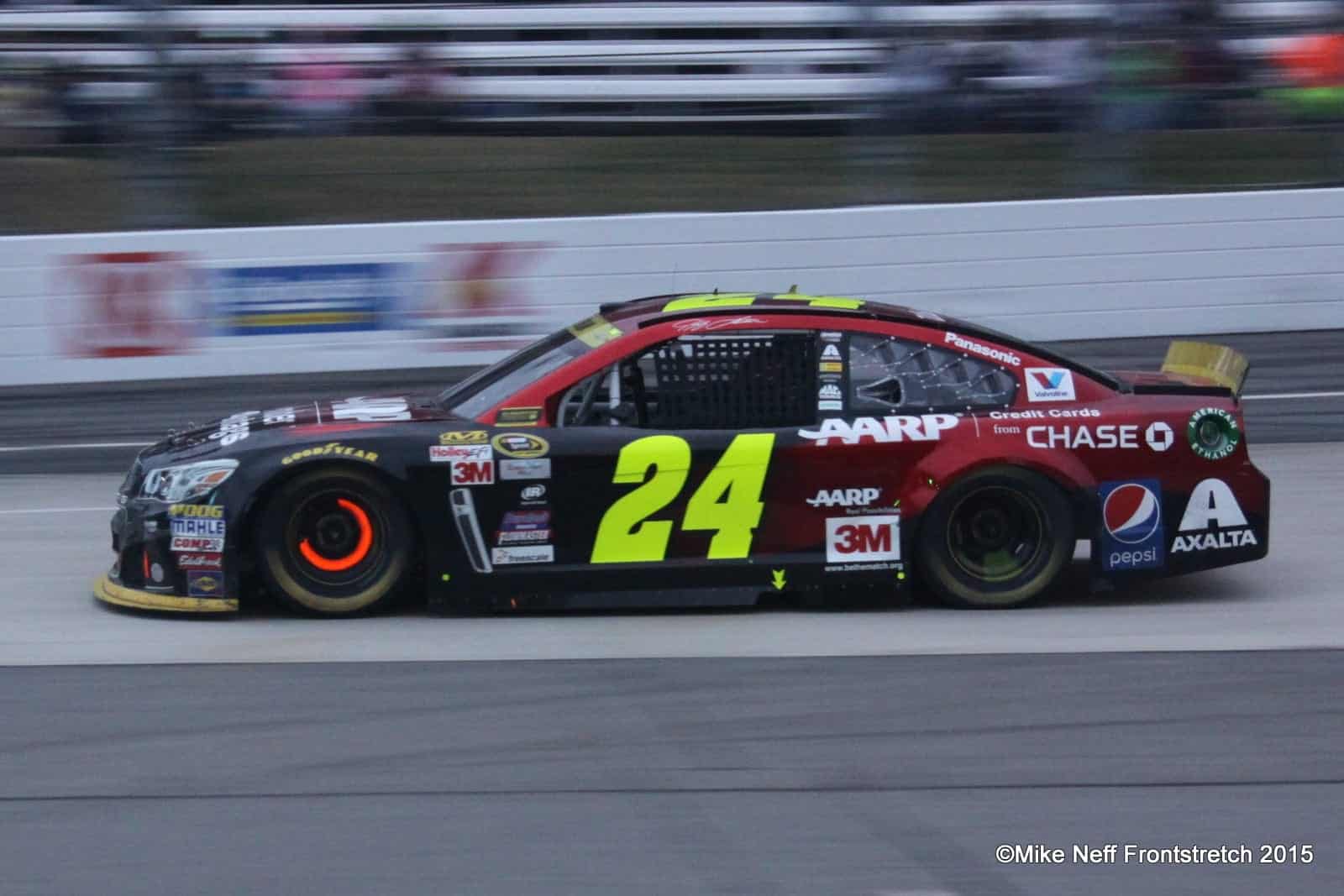 Editor’s Note: Are you receiving the FREE Frontstretch newsletter? If you’re not, you’re missing out on great, exclusive content like this one from S.D. Grady, Mark Howell, Phil Allaway and more! Click here to sign up and see what you’re missing!

And the crowd went wild.

You saw it. I saw it. Just about everybody who turned on sports television Sunday night saw it. Matt Kenseth aimed his No. 20 at the rear bumper of Joey Logano at Martinsville and gave Sliced Bread a nice shove into the wall. Whether you are a Kenseth fan, Logano fan, Jeff Gordon fan, NASCAR fan, Kyle Busch fan or even a Danica Patrick fan that moment got you to do one thing — you started yammering about your favorite sport. The Chase sucks, Kenseth is a candy-ass villain, Joey got what he deserved, Gordon might get what he doesn’t quite deserve…take your pick.

There are those in that moment who declared they would never watch another NASCAR race, some who are holding their breath for Tuesday’s inevitable announcements and others who just leapt out of their seats to scream. Yes, NASCAR Nation is talking. The funny thing is boredom doesn’t seem to be at the top of the topic list for once. There are even people complaining that Cup racing isn’t a sport anymore, just entertainment. Maybe they’re right.

However, I know for certain that I haven’t enjoyed myself so much on a NASCAR afternoon in a very long time. Had Kenseth been the mature gentleman he’s often purported to be I would’ve sighed when the No. 22 took home the checkers yet again. There would have been a sentimental moan as Gordon closed out yet another disappointing day. The Chase would have lined up in the predictable manner that it has been laying out for the last couple months. And I’d be sitting here trying to drum up a column as the 36-race parade plodded to its conclusion. All because nobody wanted to be a spoil sport and ruin somebody else’s day.

Well, thank goodness that passion and competition usually come in the same package. That Matt Kenseth cares more about his pride, his team than common sense about his chosen profession. That fans will still voice their excitement when the unexpected happens.

I’m not talking right and wrong here. That’s for somebody else to try and detangle. What I’m enjoying is that NASCAR Nation is suddenly engaged. Some call the Chase a scripted roulette wheel; frankly, they’re not too far off the mark. However, humanity does enjoy a good show after all is said and done… and that is exactly what we got.

Young driver after years of mediocrity (Logano) suddenly finds his feet and starts winning; he’s brash and a loudmouth. The fans start to love to hate him, as do his competitors. A random series of events then conspire to make him look like even more of a chump. Next, a veteran who is due his day in the sun gets fed up and takes the boy to school, stealing his thunder while opening up surprise possibilities for another, NASCAR’s retiring hero. We end the day crying with tears of joy, simmering anger, denial of culpability or acceptance of any wrongdoing. Meanwhile, the class is waiting for the principal to bring down the wrath of a god.

Yes, I’m all good. Despite any misgivings that might linger in my heart’s sense of fair play, I’m also sure that Mr. France and company are laughing their way to the bank today.

Love it or hate it, the Goody’s Headache 500 was classic NASCAR.

That, my dears, is what you call an instant classic. Should the Rainbow Warriors pull off the impossible, we’ll be talking about Sunday’s Martinsville race for years to come.

Yes what transpired was a gift from Matt and a script only a academy award winning director could have thought of. Worked out pretty good. He just might be the Ryan Newman this year, with one win. Gordon said today Matt should not be penalized, and I laughed saying of course he won’t look a gift horse in the mouth. Don’t get upset fans, most of you I respect and it is no reflection on you or your man.

I love to give a dead gift horse a beat down so…one of NASCAR’ many ongoing problems is the number of gift horses they give away at every race. The finest gift horse I remember is Stewarts last title when he was only able to tie Edwards even after being given over 100 points. And that’s new points, not old ones so each point was a position on the track. To me that was the finest gift horse in racing history and Stewart still hasn’t looked at it’s teeth. All drivers suffer injustice regularly with BZF at the reigns, so when a gift horse is handed out, you can hardly blame them for taking it in sight unseen. It doesn’t pass the smell test but obviously BZF has no sense of smell. In addition to smell, I also suspect the affluenza he suffers, caused by the silver spoon that has been firmly lodged in his ass since birth, has affected his sight and hearing.

Helluva way to get it!

Actually, what NASCAR needs is a non gelded, non aero dependent, non spec car capable of producing an exciting non manipulated on track product that people will be willing to pay to see or sit in front of the TV for four hours without feeling cheated. The Gordon win was nice though. A shame no one saw it!

I read that the 24 fans were happy so at least 23 people other than me watched.

Is there any doubt that the title is Gordon’s barring something like a mechanical failure, bad pit stop, or getting caught in someone else’s mess?
Last year, the other 39 cars were lucky to be seen in the same picture frame of any of the Final Four at Homestead. You know the message will be to treat the 24 with kid gloves.