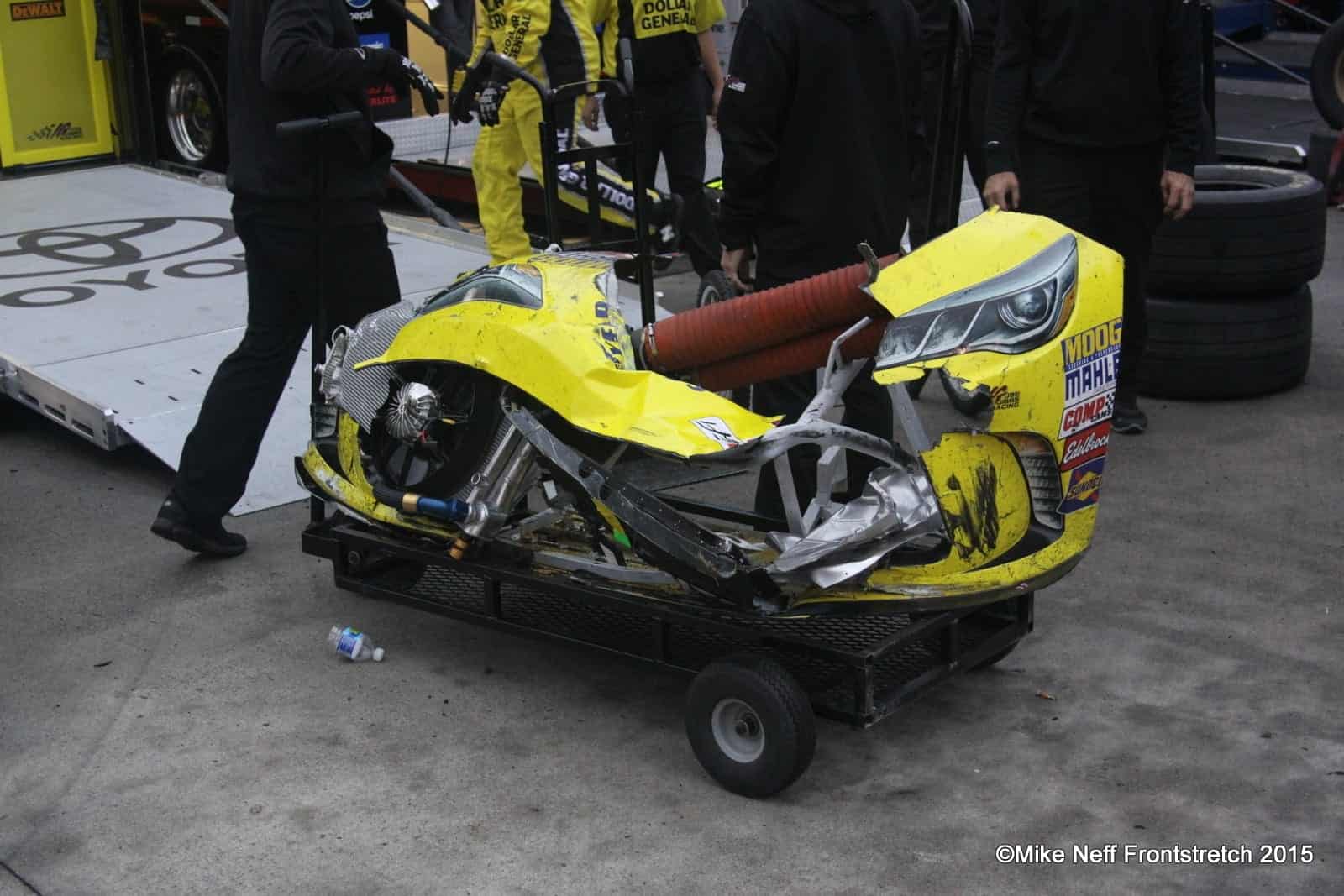 Matt Kenseth and his No. 20 Joe Gibbs Racing team will have their appeal heard on Thursday morning, according to NASCAR.

Kenseth is appealing the penalties levied by NASCAR for his actions during last weekend’s Goody’s Fast Relief 500 at Martinsville Speedway. The penalties include a two-race suspension and six months of probation following the issuance of the penalty.

NASCAR announced the penalties on Tuesday, two days after Kenseth used his race car to crash leader Joey Logano into the turn 1 wall with 47 laps to go. Kenseth was laps down after a prior accident forced the team to make repairs.

“Based upon our extensive review, we have concluded that the No. 20 car driver, who is no longer in the Chase, intentionally wrecked the No. 22 car driver, a Chase-eligible competitor who was leading the race at the time,” Steve O’Donnell, NASCAR executive vp and chief racing development officer, said when the penalties were announced.

“These actions have no place in NASCAR.”

JGR immediately announced that it was appealing the penalty, calling the sanction “inconsistent” with precedence set for similar issues. The appeal will be heard at 9 a.m. by the National Motorsports Appeals Board in Concord, N.C.

Three members of the NMAB will hear the appeal and make a decision regarding the penalties. Should they uphold the penalties, Kenseth can make a final appeal to Final Appeals Officer Bryan Moss.

If the penalties are upheld, it is expected that Erik Jones will drive the No. 20 in this weekend’s race at Texas.

NASCAR will not defer the suspension pending appeal.

Suspend Matt for the 2nd race in 2016. No “real impact” in 2015, as spinning joey is once thing, literally holding down the throttle until impact crosses a line.

Nascar needs to let everyone race, and none of this “he’s in the Chase don’t drive along side of him or breathe” attitude that needs to go.

Gibbs should realize he’s not treated like Hendrick or Hendrick-Stewart.

You’re right. Had the perpetrator been one of the Hendrick Heroes, nothing would’ve been done at all. Had any of them been the victim, Kenseth would’ve been suspended for the rest of the season. Had Gordon in particular been a victim, the suspension would’ve lasted through Atlanta next year, and he would not have been allowed to appeal.